Walker Ryan is an amazing skateboarder. He’s put out several noteworthy parts over the past couple of years, and is more than deserving of the pro board that he just received from Organika. He’s also a very genuine person. Whether it was at a Japanther show in Oakland or in line for beer at Battle At The Berrics, Walker has been one hundred percent positive vibes every time we’ve run into him. Given all of that, we thought it would be fitting to get an interview with Walker to coincide with the online release of his new video part.

48 Blocks: You’re the first amateur to go pro for Organika, how does that feel?

Walker: Its a huge honor. Karl is one of my favorite skateboarders. So to go pro for his company is an amazing feeling.

48 Blocks: How did you manage to juggle college and also do what you had to do to turn pro?

Walker: I think the best way to put it is that I found a way to enjoy both, and accept it for what it is. I always had it in the back of my mind that I want to push myself with skating. And I wanted to finish college. After that, it’s just about accomplishing the small goals you set, and striving for new ones after. 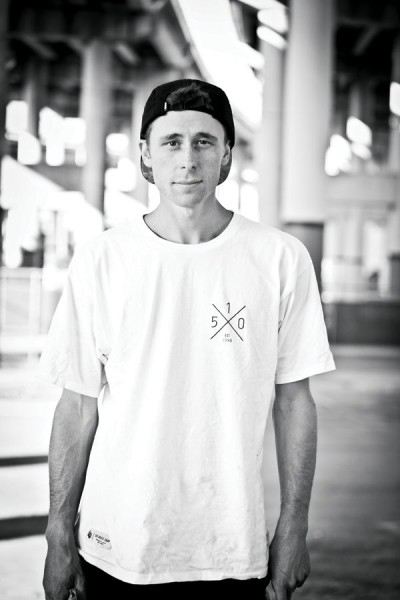 48 Blocks: What did you get your degree in?

48 Blocks: Your father was a winemaker, and your first graphic is a wine bottle. Are you a big wine drinker?

Walker: I like wine. But I wouldn’t say I’m a connoisseur of any kind.  I usually go for a cabernet sauvignon.  My father’s passion was making wine, and it’s cool to come from a place that is filled with people who all followed their passions to one place. I like to think of my first board graphic as an ode to him, and to the place that raised me.

48 Blocks: You’ve put out a lot of parts over the past few years including this new one. Which one is your favorite, and how did you manage to stack so much footage?

Walker: I’d say this one is my favorite because it had a little more direction as to what I wanted it to look like. I picked the song, and set specific goals for the tricks that I wanted to get. Eric Lesar really took advantage of making it all HD. He did a really clean job. I’m just happy with the production value, and how clean it looks. It also reminds me of how much more I need to do for my next part.

48 Blocks: You went to school in San Diego, but have NoCal roots. How do SoCal and NorCal compare to each other?

Walker: I love both. But nothing really compares to home. I love the skateboarding community that exists in San Diego. There’s nothing like it that I’ve ever seen. It’s home up here in Northern California though. And I love it. Both parts of California have so much to offer in different ways.

48 Blocks: You just moved to SF. What made you decide to go there, and how are you liking it so far?

Walker:  I’ve grown up so close to SF. But I’ve never lived there. So it’s just something I knew I would always do. It’s a little bit more difficult as far as skating goes. But I love it just the same. I’m so excited to not have to rely on my car as much as I had to in San Diego.

48 Blocks: I just found out that you had a role small role in that movie Little Children. How did that come about?

Walker: My family is old family friends with the director, Todd Field. Little Children had some skateboarding characters, and some scenes that involved skateboarding. I helped them find a location for the scenes in NYC, and after that Todd asked if I wanted to play the main character who skateboards. I got David Cole involved, and we went out to New York for a week, and played ourselves basically. It was a super small role. But it was awesome. Definitely a cool experience. 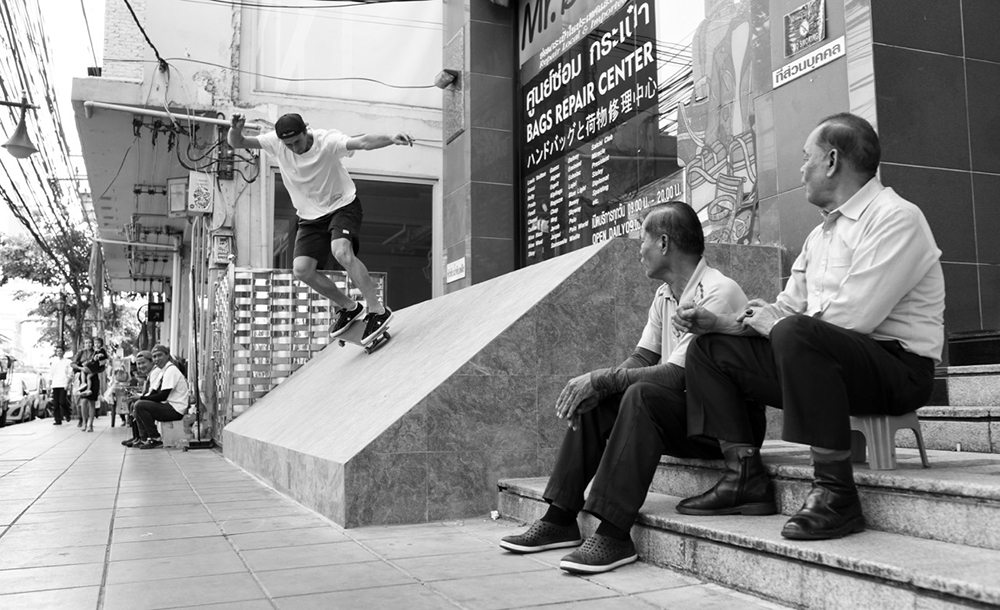 48 Blocks: Do you think you’ll do any more acting if the opportunity presents itself?

Walker: Acting is hard man, so nerve racking. I had some lines with Patrick Wilson, the main character, and it was amazing to see how he literally just turned into another person the moment the director said action. I would need a lot of practice if I really wanted to try to do acting.  All I had to do was say a couple of lines as a character that was basically myself, and even that was so difficult.

48 Blocks: I also recently found out that you played the trumpet in high school. Do you ever still mess around with that?

Walker: Yeah, we’ll definitely have to do a trumpet graphic later on. I played trumpet for about nine years in school. But I wasn’t very good.  I haven’t played since. But I’d like to get into playing music again, whether it be trumpet, or maybe guitar or piano. We’ll see.

48 Blocks: Since you’ve got a musical background, what are you listening to these days?

Walker: I keep my ear to everything. From blues to classic rock, R&B, to electronic, and all kinds of hip hop and contemporary rap. Anything with some soul and some energy is what I’ll be listening to.

48 Blocks: You were in Asia with Patrik Wallner and the Visual Traveling crew recently. That must have been a pretty cool experience. 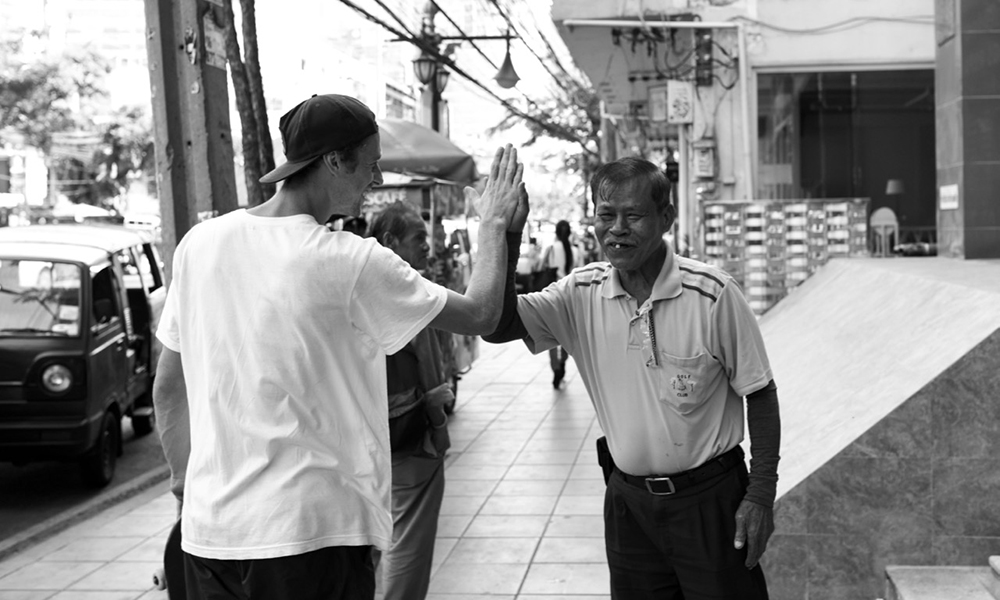 Walker: It was crazy seeing the poverty that exists in countries like India and Bangladesh. We saw some pretty weird shit. The craziest for me was seeing a dead body floating down the Ganges river, fully bloated with a sack over the dudes head. That was really eerie.

48 Blocks: Where’s the best place that you’ve traveled to so far for skating?

Walker: This sounds cliche, but for me it’s either Spain or China. There’s more than just Barcelona and Shenzen too. Many cities in both countries have so much to offer. Beijing had some of the best spots that I’ve ever seen. I need to go back.

48 Blocks: How was the pro release event at Mezzanine?

Walker: The party was way more than I could have ever asked for to celebrate going pro. Kayo and Creative Edge, the group we worked with who organized the party, really came through. So many of my old friends came out to celebrate, the music performances killed it, and even my grandpa stayed and raged until closing time. It was awesome. They played the video late into the night too, which was good. So people could be a little liquored up before they watched it. That made me feel more relaxed about the actual premiere.

48 Blocks: Outside of skateboarding, what else do you occupy your time with these days?

48 Blocks: What do you have planned next?

Walker: I have so many little goals. I want to work on new tricks for my next video part. I want to work with anything that contributes positively to skateboarding, and the world we live in.