Tim Dowling filmed a good deal of many of the videos that we now consider classics. He’s seen more than his fair share of amazing skateboarding go down through the lens. And has a lifetime of memories logged in his brain from those times. What makes Tim’s story so interesting is that he didn’t set out to become the filmer of the stars in the ‘90s. He was simply a kid with a camera that was in the right place at the right time.

48 Blocks: You were born in Santa Monica, so you were surrounded by skateboarding from an early age.

Tim: From the very beginning, I felt like skateboarding was something I couldn’t escape. When I was eight years old, my next door neighbor built a mini ramp. Everyday his backyard was flooded with skaters and these insane sessions. On the weekends, when I was 12 or 13, I’d skate around Venice. If I was lucky, I’d see Eric Dressen, Tim Jackson, and the Dogtown crew. Every once in a while, I’d see Natas and Julien Stranger skating the beach curbs. That was so amazing. Needless to say, it left a lasting impression.

48 Blocks: Being a local, what was the scene like in Santa Monica in the ‘90s during that Venice Pit and Sand Gaps era. 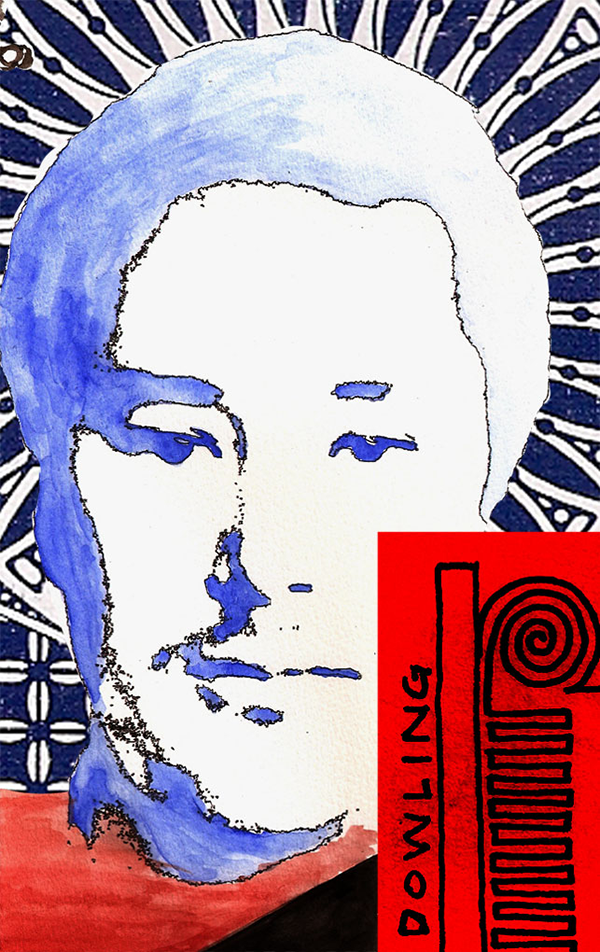 Tim: For me, the ’90s were pure fun. I was young, reckless, and I wasn’t afraid of anything. I never felt like I was skating these legendary spots. But I thought it was cool that skaters from all over the world would come to Los Angeles just to skate the Courthouse, the Pit, the Sand Gaps, or Douglas Park aka the Ponds. Remember Tim Gavin’s long line at the end of his part in Pack of Lies? All of those spots were my EMB.

48 Blocks: When did you first start filming?

Tim: Growing up, I used to love making short movies with my dad’s video camera. So for my 14th birthday, I got a Sony Hi-8. I was psyched! At the time, it was a great camera. It had a variable exposure, shutter speed dial, and white balance. And I bought a fisheye lens. Within a few years, I met and became good friends with Eric Dressen. We skated together a lot. Then one day, he said, “Hey, can you film this trick for me?” I said ok. After that, I was off to the races.

48 Blocks: At what point were you approached to film for World Industries?

Tim: Around 1991, through my friend Sam Baerwald, I met Daniel Castillo, Tim Gavin, Matt Schnurr, Kareem Campbell, Rick Howard, Guy Mariano, etc. Through them, I eventually met Rodney Mullen. I started skating and filming with them. One day, Rodney saw some footage of Tim  that I had shot and asked if I wanted to work for World as a freelance videographer. I had no clue what that meant. But I said yes immediately.

48 Blocks: After World, You were one of the primary videographers at Girl.

Tim: Rick Howard called me one day and told me that he had started a company called Girl. He wanted to hire me as their filmer. I knew all of those guys. We all hung out, skated, and filmed together. So it was a very natural and easy transition. Working under the Girl banner was so much fun. Whenever I’d go filming, I always felt like I had the best seat in the house.

48 Blocks: What was the craziest trick that you filmed in your opinion? 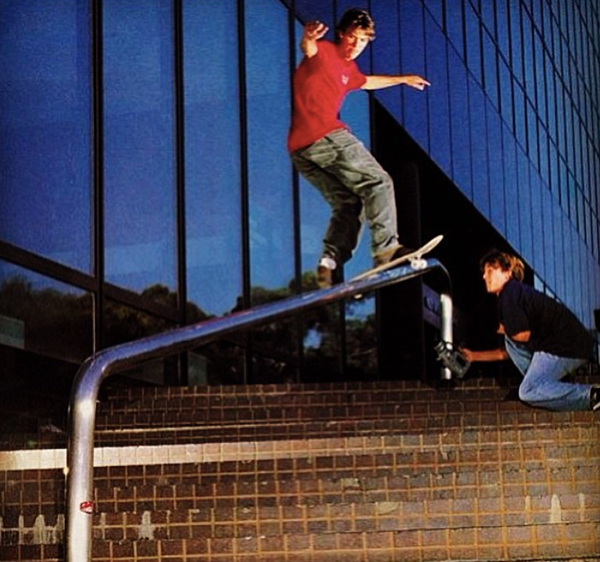 Tim: I’d have to say Guy Mariano’s switch backside tailslide shove-it at the Beneficial gap-to-ledge. It was so hard to skate that spot. We’d always get kicked out. And every time we’d go there, I’d be filming Guy with one eye, and looking for the security guard with the other. The day he landed it, I was so relieved because we’d been trying to get that trick for a while.

The first time he did it, he came out straight and then he said he wanted to try one more. I said ok, but I got it and he landed it really solid. Then, he started trying to shove it. He landed it in four or five tries. Mike York was the only other person there. And when Guy was riding away we just looked at each other with our mouths hanging open. I need to say this:  On video, it’s impossible to tell how fast Guy skates. When he lands a trick, he’s freakin’ flying. I feel that video has never done him justice.

48 Blocks: I’m sure you’ve got some crazy stories from being in the streets during that era.

Tim: Once, I was filming with Robbie McKinley in a seedy part of downtown Los Angeles. I looked across the street, and saw these two guys fighting. I don’t know why, but I started to film them. When the fight broke up, one of the guys—who was bleeding from a dozen different places on his body—saw stupid me with my big, silver video camera pointed at him. He started jogging towards us. I began to get nervous. So I said, “Hey Bob, let’s get outta here.” My car was parked right there. So I opened my trunk, threw the camera in, and slammed it shut just as he ran up on us. He started screaming, “My pelicula, my pelicula!” He was waving his bloody fist in my face. I had my board. So I took a few steps back, held it up like a baseball bat, started waving it around, and that really freaked him out. He turned towards my car, yelled one more time, punched out the passenger window, then started running down the street. I was really pissed. He was probably on speed, pcp, or something.

48 Blocks: You left Girl and independently made the Listen video. What sparked that decision? 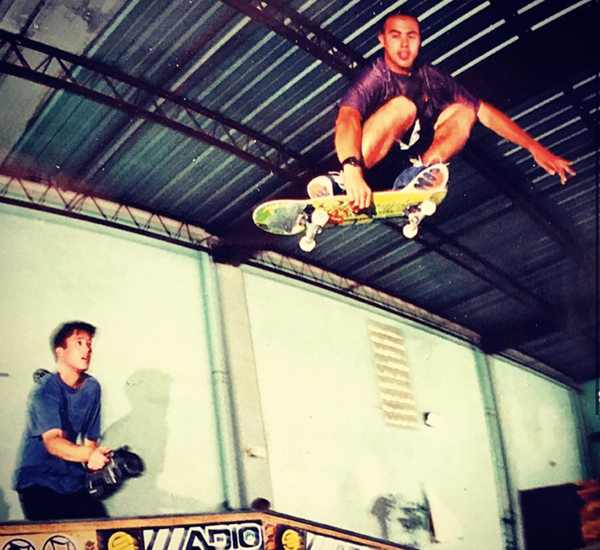 Tim: Well, the situation with that was a few months before Mouse was finished, I became very disillusioned with skateboarding. The thing I loved to do and film felt like a job. There was a lot of pressure. I didn’t know how to handle it. Looking back on it now, I can see what a jerk I was. I was putting demands on people, doing stupid things, and pissing people off. So I was let go from Girl. Afterwards, I decided to keep filming because I didn’t know how to do anything else. Then, a week or two later, I was driving on the freeway and the concept for Listen hit me. I began shooting immediately.

48 Blocks: Listen was the biggest underground video at the time. How long did it take to film and edit?

Tim: It took about 10 months to film, and a few weeks to edit Listen. Thinking back, I don’t remember any of it being extremely difficult. Making Listen was one of the best experiences of my life.

48 Blocks: Why did you choose not to use music?

Tim: In my opinion, skateboarding is acoustically dramatic and unlike anything else. And, at the same time, it’s instantly recognizable. I don’t care who you are. If you hear the sound of a skateboarder riding on the sidewalk, you know exactly what it is. So I decided to make that the soundtrack. And if I remember correctly, I don’t think any video had done that yet, right?

48 Blocks: Not that I can recall. You left skateboarding and went to film school, what was going on in your life at this time? Was it a conscious decision to leave the realm of filming skateboarding, or was it just a natural progression of wanting to go further with your camera work? 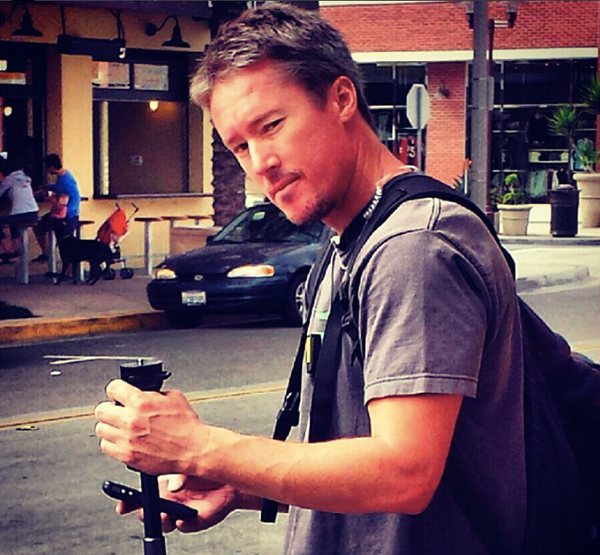 Tim: It was a combination of both. I really wanted to develop my filmmaking style, and get my hands dirty with narrative work.

48 Blocks: Do you film skateboarding at all anymore?

Tim: I don’t film skateboarding as much as I used to, but I’m down to hide out in the bushes and film a kickflip every now and again. No, seriously, I’d really like to put out another video. I feel like I’ve got a few more in me.

48 Blocks: What camera set-up are you rocking now?

Tim: If you can believe it, right now I don’t own a videocamera. The industry is changing everyday. DV is on its way out, and HD is still in its infancy. I’m holding out until the digital world becomes a little more defined for my tastes.

48 Blocks: Any advice or techniques that you can share with filmers reading this?

Tim: Whatever it is you’re filming, shoot it the way you see it. Nobody else sees the world the way you do. But, most importantly, never allow your technique to draw attention to itself or take away from the trick.