Interviewing good friends is always fun and interesting. When the two friends happen to be top amazing skateboarders, it makes it even better. We recently got the opportunity to do just that when we caught up with Brad Staba and Brian Anderson at FTC to get the lowdown on their history, friendship, and Skate Mental.

Brad: Hey Brian, we gotta do this interview bro… it’s cool, you get paid the big bucks.
48 Blocks: (laughs) Exactly. First question, how did you guys meet and start skating together?
Brian: Ummnnn when we went to Europe in, I don’t know…
Brad: ’97
Brian:1997, it was a Tum Yeto trip to Europe, me, Donny Barley, Brad, and Josh Beagle.
48 Blocks: How’d you guys end up skating for the same company? 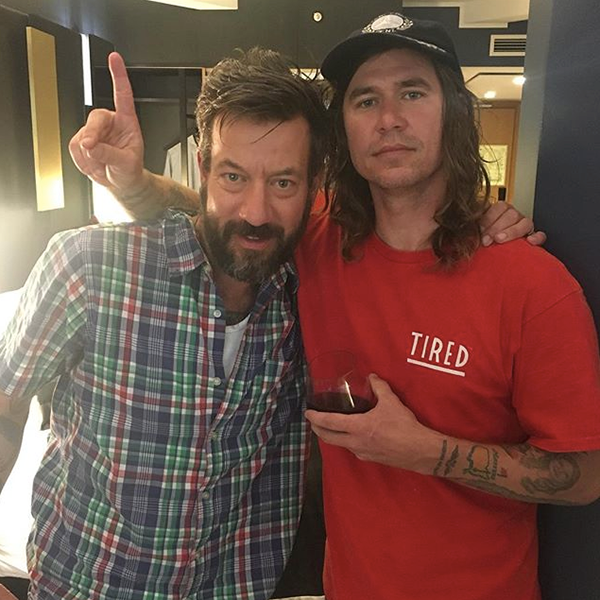 Brian: I got on Toy Machine, Brad was on Foundation, then I got him on Toy Machine after he was sick of Foundation.
48 Blocks: Any funny stories from back then?.
Brian: We got home from tour and I took a shit on the picnic table outside of Tum Yeto, that was fun.
Brad: I hit some college student with a paintball and slingshot in the chest at some school.
48 Blocks: What’s the gnarliest thing that you guys have seen each other do skate-wise?
Brian: I think Brad doing an invert.
Brad: Rodeo Flip. Brian did a Rodeo Flip over the Mega Ramp, the Danny Way thing.
48 Blocks: (laughs) Cool, what’s a typical day for each of you guys? When you wake up, what do you do?
Brad: Take ten shits.
Brian: Yeah, I take like four shits then I call Brad then we go skate flat ground, then go swimming or something… I don’t know.
Brad:Smoke dope.
48 Blocks:Any current favorite skate spots, or is it pretty much just random?
Brad: Random.
Brian: Brooklyn Banks.
48 Blocks: What’s up with Skate Mental? How did that start and where is everything at right now?
Brad: I just wanted to do my own skateboard company. I was already doing t-shirts, and then Reese… Rasa went out of business, and I told Reese that I wanted to start making boards and we started making boards. Now I can do whatever the hell I want. From now on it’s distributed through Girl, so it’s gonna be all over… big time.
48 Blocks: Big things.
Brad: But still keep it small. 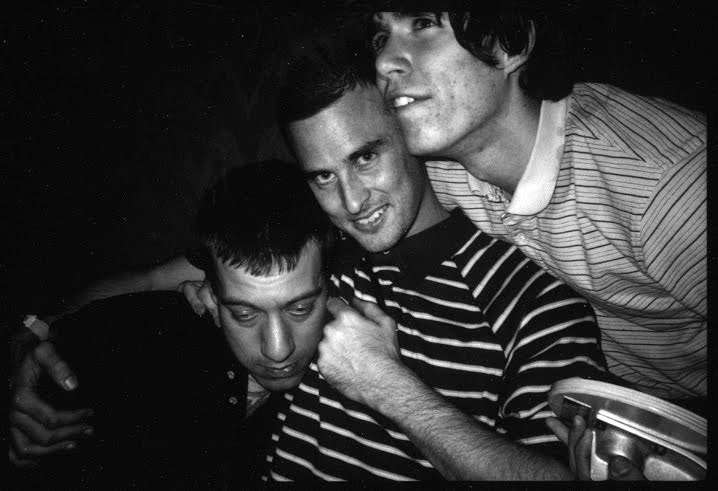 48 Blocks: So what projects are each of you working on right now?
Brian: I’m just working on the Nike video and Brad’s working on Skate Mental and Nike also.
48 Blocks: Who are some other pros that each of you look up to and why?
Brian: Marcus McBride because he’s sick and John Cardiel cause he’s the best and I think Brad looks up to Rick Howard and Mike Carroll.
Brad: And Brian.
48 Blocks: Do either of you guys have any weird rituals, like no keys in pockets, don’t go after someone just slammed?
Brad: No change in the pockets.
Brian: I tap my board on every other stair usually when I go to try a trick again.
48 Blocks: What do you guys do when you’re not skating?
Brian: Paint, jerk off, go to the gym, I don’t know.
Brad: Cardio, photography, computers.
48 Blocks: If you weren’t professionals, what would you be doing right now to make a living?
Brian: Hopefully I’d be working for the city of San Francisco at Golden Gate park, but you can’t get a job there… so I’d probably be working in a restaurant.
Brad: I’d be selling houses. 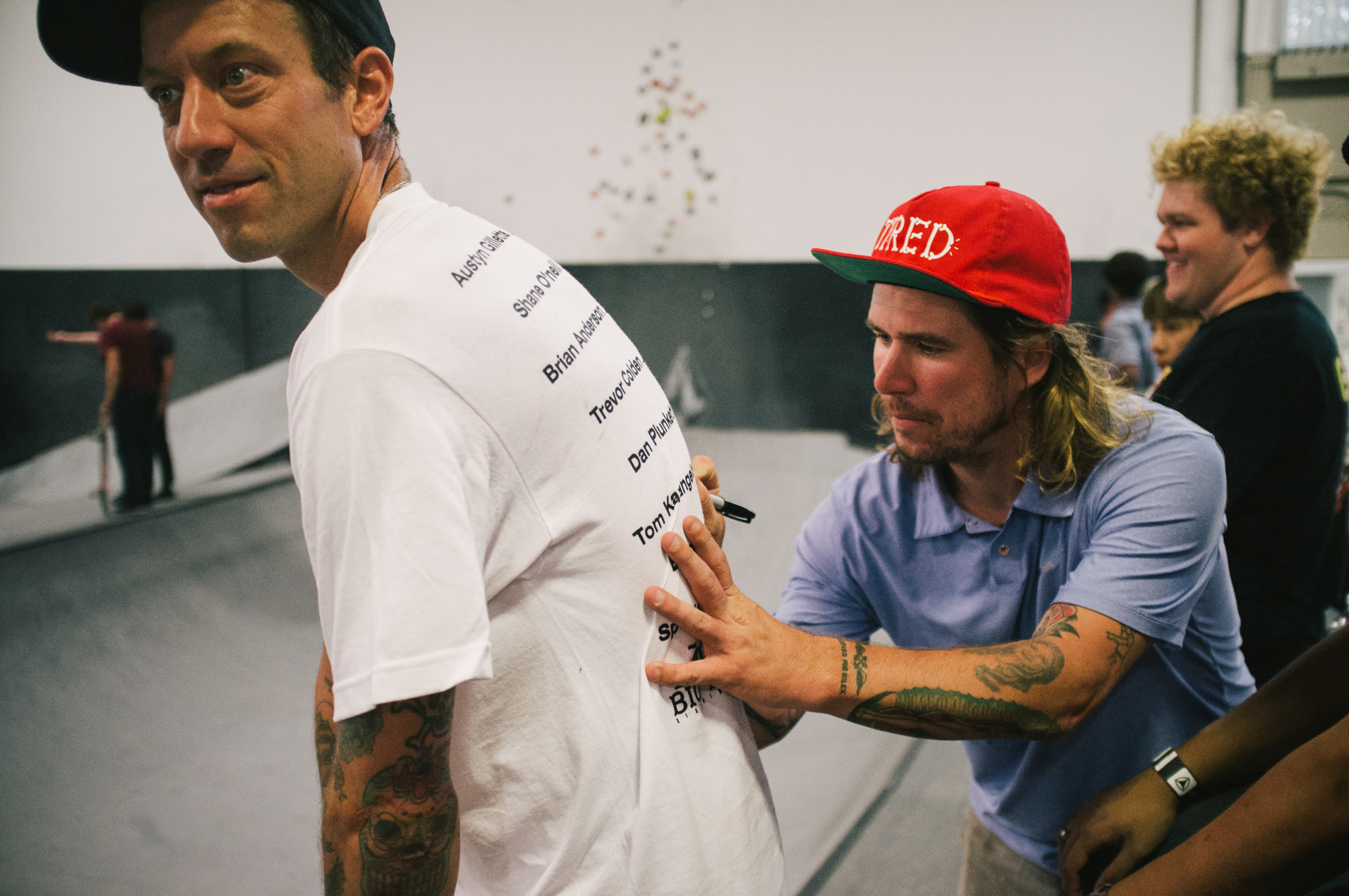 48 Blocks: What’s your favorite era in skating and why?
Brian: I would probably say late eighties, because of all the cool contests.
Brad: You know, it’s all cool man. Besides the pressure flips and all these crazy hundred stair rails, everything else is pretty sick.
48 Blocks: What’s the worst injury you’ve had and how long did it take to heal?
Brian: Probably my ankle which is still fucked always, that’s pretty annoying.
Brad: So it never heals then. I cut my liver open, six months bro. 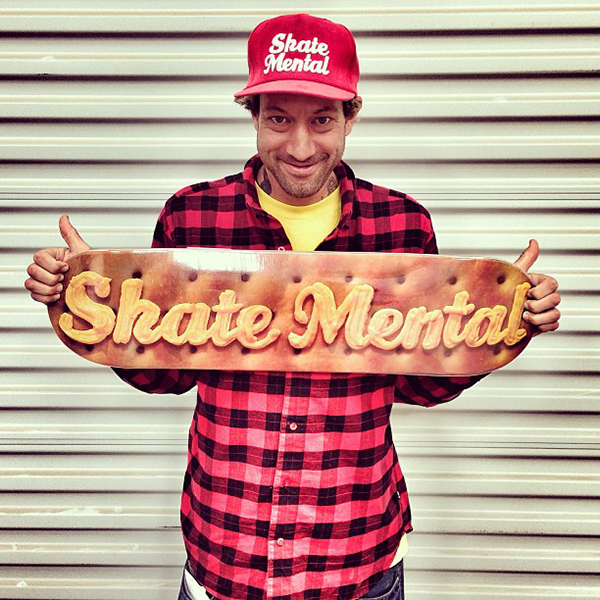