Rodney Torres represents the younger generation of the old New York. He’s got that classic East Coast style that’s come to be celebrated in skateboarding over the years. We got a chance to talk with Rodney about what it was like coming up on the streets of NYC, his influences, current projects, and future plans. Keep reading for more insight into one of Queens’s finest.

48 Blocks: Talk about your early days in New York. How did you first get starting skating and who were you cruising around with at that time?

Rodney: I seemed to have always had a skateboard around growing up. But I didn’t get completely into it until I saw an ollie for the first time. Before that I was just powersliding around with ninja boards. I was eleven when I got my first real skateboard. That’s when I started skating with all the locals in Queens at the time like Hommy Diaz, Bryan Chin, Rudy Cepeda, Rodney Cooper, Ray Wong, Chris Carcich, and Steve Walsh. Vinny Ponte, Danny Supa, Javier Nunez, Poncho Moler, and Tim O’Connor would come out to Queens and skate with us back then too. Those were the days.

48 Blocks: I remember you and Mike Wright used to hold down Manhattan. How did you guys first meet and what was it like skating around with him back in the day?

Rodney: I first met Mike by the Brooklyn Banks when I was like 13. I broke my board and he accompanied me to the nearest skate shop so I could buy another one. After that we got pretty tight. We used to skate together all the time back in the day. But as we got older, we went our separate ways. I bump into Mike randomly once in a while. He’s making and selling his own signature t-shirts all over the city. They’re pretty cool.

48 Blocks: The first footage that I saw from you was in Dan Wolfe’s Underacheivers. Was that your first video appearance?

Rodney: I had a 411 Wheels of Fortune part come out first that was filmed by RB and Anthony Claraval. Every other video came after that. Underacheivers was obviously one of them, and RB definitely hooked that up. RB’s helped me out a lot to this day and I’m forever grateful. I still chill with RB at Max Fish or any skate-related event that happens in NYC. Thanks RB, you’re the man. 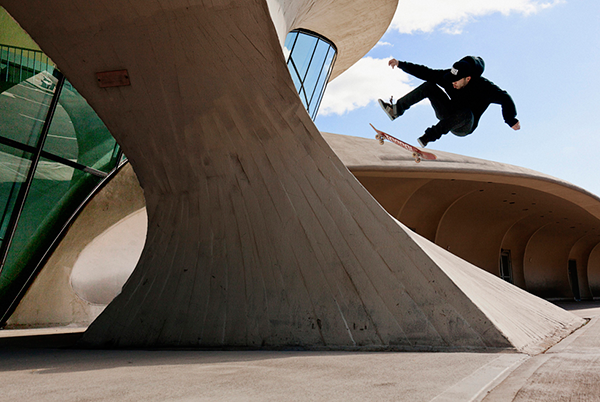 48 Blocks: Talk about the Rhythm days. How did you hook up with them and what was it like being on a team with guys like Danny Montoya?

Rodney: I think Felix saw some footage of me in a video and asked RB what my deal was. I wasn’t getting boards from anyone at the time so RB told me to call Felix and gave me his info. Felix wanted me to send him some footage to show everyone at Earth / Rhythm what I was about. They got psyched, and that’s how it all worked out. I was honored and proud to be on Rhythm. They looked out so much for me and I did everything I could do for them. Everyone that were on Rhythm to this day are awesome people and amazing skateboarders.

48 Blocks: You’ve been affiliated with many different companies. Can you give a timeline of what board companies you’ve been ridden for?

Rodney: I don’t know about the timeline, but I can just list them all: Screw Skateboards, Rhythm Skateboards, ZooYork, Infamous, Arcade, and Official.

48 Blocks: I guess maybe a year ago you parted ways with Official, what happened with that?

Rodney: Yeah, we definitely had a good thing going. Official was growing pretty fast, but my personal situation is what lead me to do other things. I’m still cool with everyone there. It was just time for me to move on.

48 Blocks: What’s the craziest thing that you’ve seen go down at the Brooklyn Banks?

Rodney: Dude, I’ve seen it all. Kids getting their boards stolen everyday. Other kids getting beaten over the head with skate keys. Every drug being done by the bums that use to live there. Kids getting hit by cars trying to do tricks over the Banks wall. The Banks were gnarly back in the day. As far as skate tricks though, there are too many to name. 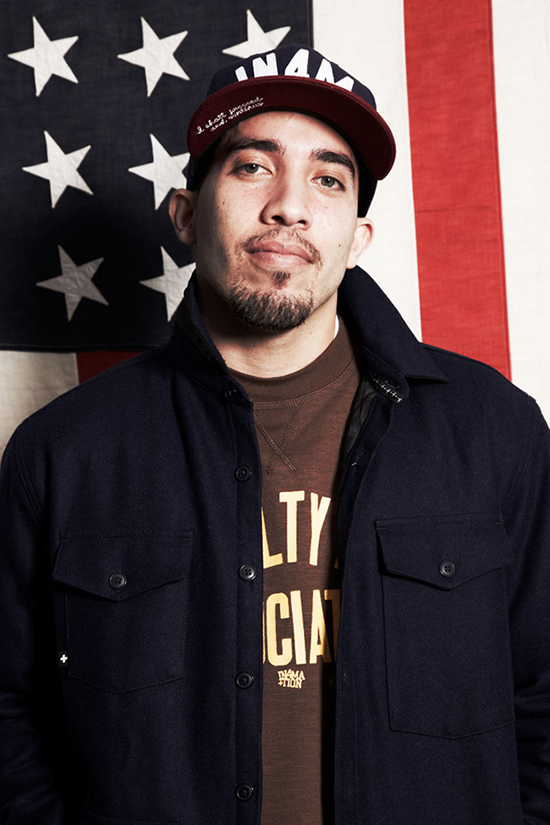 48 Blocks: Talk about Supreme in the ’90’s, the stories are legendary and people seem to love it or hate it. What was the vibe like back then?

Rodney: Supreme in the mid ’90s was like VIP to the hottest club in town. Only the illest skater or celeb could chill there. Supreme was like fantasy island! To this day, people are still trying to get down with them. It’s kind of funny. The vibe hasn’t changed at all. The staff is a new group of rippers, but the vibe is still the same. My boy Geo Moya works there. So if you ever go to Supreme, holla at him. He’ll take care of you.

48 Blocks: Who are your top five skaters from NYC?

Rodney: There are so many different categories of top five NYC skaters in my opinion based on the times and generations. There’s the top 5 back in my day underdogs that still kill it today like Charles Lamb, Ian Reid, Rob Campbell, Ray Wong, and Geo Moya. Then there’s the top 5 pros that I looked up to growing up like Jeff Pang, Huf, Gino, Keenan, and Ryan Hickey. Then comes the top 5 skaters that I used to skate with a lot in Manhattan that were amazing like Keith Harrison, Jay Maldonado, Kyle James, Paul Leung, and Lamont Macintosh. Finally, the top 5 new hot kids who are ripping right now like Luis Tolentino, Danny Falla, Taji Ameen, Kevin Tierney, and Shawn Powers. There are so many more that I could name but I’ll just leave it at that.

48 Blocks: When was your last trip out to Cali and are you coming back out here anytime soon?

Rodney: A couple of years ago, I went out to Venice and stayed with Joey Brezinski for a while. Joey’s awesome. We would just skate and party everyday. We were living it up. I don’t know when I’ll be back out West, but hopefully soon. I’ll let you know.

48 Blocks: I remember hearing stories about you being out in SF for a while right before I moved out here in the ’90s. What was that trip like?

Rodney: Yeah man, I went out there a couple of times. But the one that I remember most was when I went with Rodney Cooper in like ’96. We bought one-way tickets and took a bus out there. At first we stayed with my boy Shane Bovell, and linked up with Karl Watson and kicked some flows with Henry Sanchez. But we were on separate agendas. So I went from there to staying with Josh Kalis and Drake Jones, which was a lot of fun cause it was mellow and we just skated all the time. I also stayed with this kid named Josh Stoner from Chicago. He was out there for skating too. I would stay with him from time to time. I was basically couch surfing it up in SF with friends and skated the Pier almost everyday. I wanna go back to SF. I haven’t been there in years. I felt the most freedom skateboarding and chilling there. I’ll be out there again soon for sure. 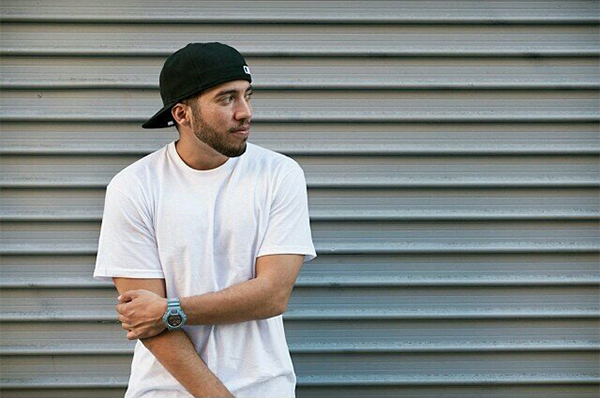 48 Blocks: What are you up to these days, what projects are you currently working on?

Rodney: These days I’m obviously still skating and I’m starting to work on building up the footy for a part in something. I’m also about to be working for SHUT. They’re opening a store on the Lower East Side of downtown Manhattan.

48 Blocks: What’s the deal with the SHUT store and what’s your role in that?

Rodney: The SHUT store is a skate shop that’s exclusive to SHUT and their affiliates. I recently got hired to manage the new store and have been helping out with some of the preparation. We had a preview opening and after party recently that was awesome. I definitely feel fortunate to be working with and for the same people I’ve been affiliated with since I was a kid. I look at it as a good opportunity for me to grow with a respected and progressive NYC company in skateboarding.

48 Blocks: Give us one memory or story about Harold Hunter?

Rodney: The best thing I can say about Harold is that he was an awesome person that could make anyone laugh and can make you feel comfortable in any situation. Everyone loves and will never forget Harold Hunter cause legends never die.

48 Blocks: What’s the best trick in your opinion that’s gone down at Flushing?

Rodney: I have to give it to James Reres from Long Island. He switch flip back tailed over the grate and he bigspinned out of it too a different day. I saw it with my own eyes. I don’t think it gets any better than that.

Rodney: Thanks to everyone that’s helped me in skateboarding, all of my current sponsors – Autobahn Wheels, Venture Trucks, Rockstar Bearings, Rival, DVS, WESC, and whoever I’ve met along the way over the years. Thank you.