Peter Smolik took the world by storm with his technical skating during the Shorty’s and Osiris days. He has been on the low for a few year, but now he’s back. Smolik is set to drop a new part in Transworld’s next video, and Skate Mafia just picked up a major distribution deal. We caught up with Peter recently and got the low-down on all of this and more.

48 Blocks: Let’s rewind to Shorty’s and Osiris. What happened with those companies and what did you do after that?

Peter: I left Osiris cause these motherfuckers were putting out colorways of the shoes that I told them not to put out. The financials got fucked up and they weren’t really listening to what I wanted to do. I wasn’t really feelin’ the direction of the company so I had to bounce up out of that shit. Then with Shorty’s – I was just bangin’ Skate Mafia too hard. They were on some, “this dude’s not reppin’ our shit, so we gotta kick him off,” type shit. I was just like, “fuck it dude.” They kicked me off when I was hurt. They even sent me a letter in the mail saying they felt like I did nothing for the company. I found that funny, I was injured – my ankle was all fucked up. I called up there and nobody answered the phone, and nobody had signed the letter. I tried to get ahold of the owner, but he was nowhere to be found. It was pretty much perfect timing cause I don’t wanna ride for a company that I don’t have any ownership in anyways. That’s why I started Skate Mafia, cause I’ve experienced how the industry does it… the direction that they were taking it. I wanted to make a change in this motherfucker.
48 Blocks: Exactly how and when did Skate Mafia start, where did the idea originate?
Peter: It started awhile ago. It was just a way of life, a mentality. I remember bangin’ that shit in Vancouver even when I was on Shorty’s. The reason it started is cause once you get connected with boards and shit like that, there’s other people that skate. Some kid’s parents own a restaurant or some shit like that, you can trade boards for food. It’s all about bartering, you can trade shit out. I just want to make it so people can fly anywhere in this world and link up with skaters – make it like a family. Skaters don’t really hate on skaters, you know; we’re all a big ass family. 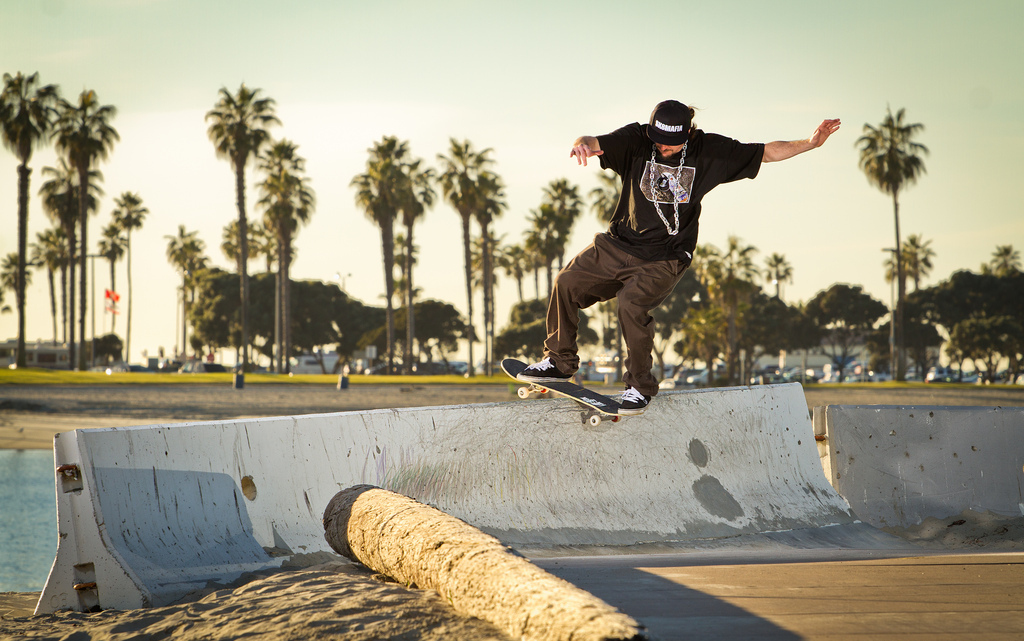 48 Blocks: So now that you guys hooked up with a major distribution, what’s next?
Peter: We’re working on a video right now, I think we’re gonna put out a little Kellen and Larelle promo and a Wes and Tyler promo. I’m working on a new project myself, the new Transworld video. I’ve got ’til July to film for that.
48 Blocks: What can we expect when that Transworld part drops?
Peter: Oh shit, people are gonna trip! I got some new shit comin’ out. Some old mixed with the new – mix it up in a fuckin soup son!

Peter: I’ve developed a bunch of different skills on different terrains. I try to switch it up. Sometimes the techy stuff gets frustrating as fuck, trying to flip in and flip out. I’ve been trying this one, it took me two days already. I landed on it with one foot after trying it for three hours. That shit gets frustrating, sometimes you just wanna flow and have fun. Sometimes you wanna sit there and zone out on a trick. It all depends on how you feel that day. I’ll still fuck some shit up on the tech tip.

48 Blocks: You still talk to Muska?
Peter: Oh Muska, fuck – I go up to LA and I call him like, “yeah, I’m comin’ to town,” and we make plans to meet up but never end up meeting up. We’re still cool, but I don’t really talk to him as much.

48 Blocks: Who’s the official line-up on Skate Mafia?
Peter: Me, Brandon Turner, Kellen James, Larelle Gray, Tyler Surrey, and Wes Kramer.
Peter: Oh Muska, fuck – I go up to LA and I call him like, “yeah, I’m comin’ to town,” and we make plans to meet up but never end up meeting up. We’re still cool, but I don’t really talk to him as much.
48 Blocks: What’s Brandon been up to?
Peter: Damn, that fool’s hemmed up right now! He’s locked up on some charges – some bullshit. That motherfuckers gonna come out like a terminator. If he can’t smoke cigarettes and drink, he’s gonna have mad stamina when he comes out. He went in like a month and a half ago and he’s getting out in April. When he gets out, homie’s gonna be a fuckin’ maniac. 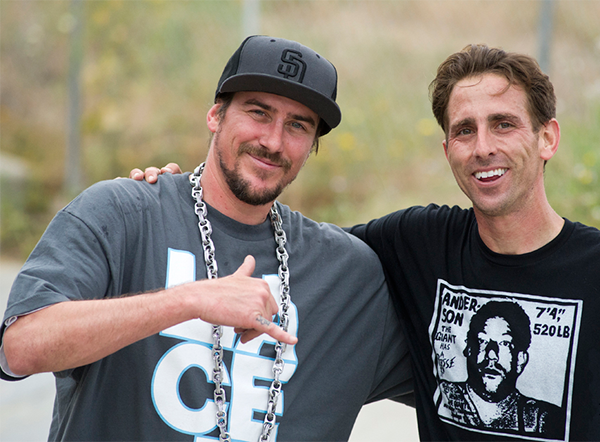 48 Blocks: Other than skating, what have you been up to lately?
Peter: Ummmnnn, skating. (laughs) Shit, I don’t know, just filming for this video. We do a thing called Skate Mafia Saturdays on the Transworld website. That keeps us busy – just filming. I’m filming for this Transworld part and I’m always filming for other videos and Skate Mafia Saturday. If I’m not skating then I’m just resting!
48 Blocks: Any last words or shout outs?
Peter: Yeah, have fun skating, that’s it. The tricks may piss you off, but whatever – calm the fuck down. Just relax and flow with your board homie. Sk8mafia4life.com, Skate Mafia for life in general. Mad love to all the homies, 48 Blocks – that’s what’s up. Watch those Skate Mafia saturdays.