Mike Carroll is probably on most people’s top five all-time greatest skaters list. Ever since he was a little kid, he’s been putting out video parts that are ahead of their time. His style is so effortless that it almost looks as if he’s not trying. Mike recently allowed us to ask him a few questions about his past, present, and future. His answers are as cool and casual as his skating.

48 Blocks: Let’s start with Daly City. What year did you start skating and who were the people that you started with?

Mike: I think I started skating in ’85, whatever year the Powell video Future Primitive came out. Pretty much, the dudes that I skated with in DC were my brother and all of his friends.

48 Blocks: When did you first start coming to Downtown San Francisco  to skate? What are your first memories from Embarcadero?

Mike: Ever since we started skating we would always take the bus to the city. Skating jump ramps in Golden Gate park on Sundays and the Avenues were pretty much what we were skating at first. I think we started going to Embarko around the time that Gonz and Natas skated there and Gonz ollied his gap. We were in the background of the sequence of them ollieing what we called the pyramid, but is known as the “C” Block to most people.

48 Blocks: I believe Concrete Jungle was you first sponsor, how did you get hooked up with H-Street? You were pretty young in that “SF with the Carroll brothers” part.

Mike: We would always go to Fogtown / Concrete Jungle back then and a friend of ours from Petaluma just started getting flowed by them and told me to give them some photos of me skating. And I wrote them a little letter about myself. It’s too funny thinking about it now. I think Jake Phelps ok’d it. Thanks, Jake!

48 Blocks: After Hokus Pokus, street skating really began to progress and you were on the forefront of that. In the Next Generation promo, you were doing one foot back smiths down rails and tre flip lipslides on benches. You could really see the progression and direction in which skateboarding was going. Was there anything that you can pinpoint from then that was driving you? 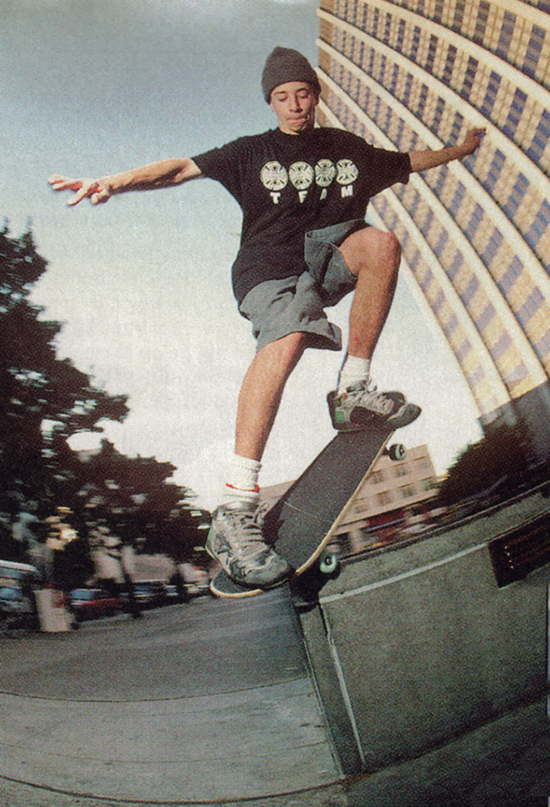 Mike: I think it had to do with multiple things. Being on H-Street, everyone was always thinking or trying new things, and skating Embarcadero everyday. But mostly Mike Ternasky and skating with Henry Sanchez is what I think did it.

48 Blocks: You bounced with Mike Ternasky to be one of the original members of the Plan B team. How did all of that go down?

Mike: World / Blind were pretty much the shit at that time and everything they were doing was awesome. Me, Danny Way, and Mike T were at Woodward skate camp and Mike was talking to us about our thoughts on leaving H-Street. So it basically started right after that. We went to Nashville for a demo on our way home and Mike called Rocco. It’s funny cause I wanted Henry on, but we found out that he just got on Blind that day!

48 Blocks: When and where did you meet Rick Howard for the first time? What was your first impression of him?

Mike: I met Rick a long time before Plan B. A friend of Greg’s brought Rick over to our house to skate our mini ramp. I watched them skate from inside and all I remember is wondering how he got his Ventures that loose. I had Ventures before and couldn’t get them loose. Then we really met a couple years later in San Diego while I was staying at the H-Street house for the summer.

48 Blocks: Your part in Questionable was a defining moment in skateboarding. After that people were dressing like you, copying your tricks, listening to Del and Heiro, etc. Did you know at the time that that part was going to have that big of an impact?

Mike: I didn’t think about it being anything but some skating that I did. I didn’t feel like I was doing the awesome shit that everyone else in the video was doing at that time for sure. I never noticed anyone biting anything that I did. I was pretty much only around the heads at Embarko and we all looked the same and were into the same things. So If anyone ever bit, they bit all of EMB, not me.

48 Blocks: At some point in the mid ‘90s, maybe a year or two after Girl was started, you moved from SF to LA. What prompted that decision?

Mike: When we started Girl in ’93, I was scared of the whole doing business work type of stuff. Plus the thought of moving to LA never once crossed my mind. But around ’97, I noticed myself starting to come to LA a lot to skate. I wasn’t being too productive in SF and then Chico had a three bedroom apartment that was only $1100 a month. So I thought fuck it I’ll move out there for a couple of years, then come back to SF. Then almost all of my good friends from SF moved to LA. So I’m still here.

48 Blocks: I remember hearing that you were responsible for many of the early Lakai designs. To you, what makes a good shoe?

Mike: Right after we first started Lakai, I twisted my ankle really bad and we kept going in and out of designers. So I tried to be really hands on. Looking back at some of those early designs, I trip off of them cause they look craze. It’s kind of embarrassing. But I learned from them. You can’t only think about what you like. But I am a skater and I know what I, and most people, look for in skate shoes. I like so many different things about different shoes. It depends on the day.

48 Blocks: A lot of people have said that your most recent part in Fully Flared is your best or their favorite. Do you agree, if so why?

Mike: If people really have said that, it’s probably brownie points for the old guy. But thanks to them. I don’t agree though. The last couple of months, I kind of jut gave up on trying. Just hearing people on the outside of the video talk about their expectations was too overwhelming for me. But it is what it is. I’m cool with it.

48 Blocks: At this point, it seems like age is no longer a factor with skateboarding. Guys like you, Rick, Koston, and Guy don’t seem to be slowing down at all. How long do you think you will keep going and is there any secret to your longevity?

Mike: Ever since Questionable, going into Virtual Reality, I thought it was pretty much over. That was 16 years ago. So I don’t know? At this point, I don’t even care about forcing myself into anyone’s world. I know I’m always going to skate and have fun until I’m hella old, whether or not it matters to anyone else. 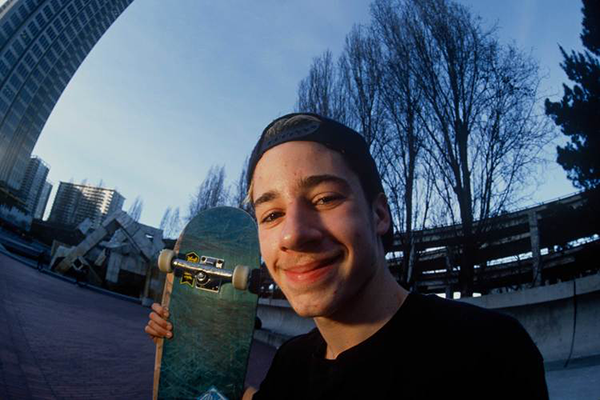 48 Blocks: You’ve put down many a banger on Hubba Hideout, most recently the front feeble. What’s your favorite trick to go down there?

48 Blocks: As VP of Girl skateboards, what are your official duties other than being a pro skater?

Mike: Corporate shit. Maybe ask someone else. I don’t want to bore anyone.

48 Blocks: Other than Alex Olson, Mike-Mo, and Malto, what other young kids do you think are coming up right now?

Mike: Them for sure. Nick Trapasso, Vincent Alvarez, and I think the Worm is pretty sick. I’ve seen some other dudes, but I don’t know their names.

48 Blocks: What’s one thing that people don’t know about you that would surprise them?

Mike: Well what do they know? How about something about Nick “Diamond” Tershay? He used to wear eyeliner.

48 Blocks: I remember someone once telling me that you wanted to be a psychologist. Are you still planning on pursuing that or anything else outside the realm of skateboarding in the future?

Mike: I wish. It’s an interesting subject. But I’ll just stick to my own psychology. 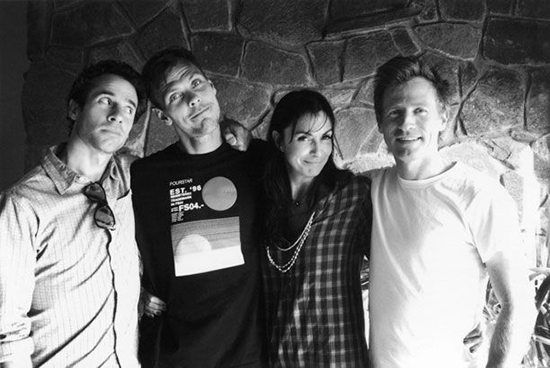 Mike: So far, it’s been pretty corporate. I didn’t skate for a couple of months after the video. But I started cruising around a couple of weeks ago but got sick. But yeah, I was pretty much just catching up on the life that I put on hold for the last four years.

48 Blocks: Is there anything that you wanted to get for the Lakai video that you didn’t?

Mike: Yes. Some were left over from Modus Operandi and Yeah Right. So maybe I’ll get them for the Chocolate video or the video after that, or maybe never.

48 Blocks: Where do you see yourself in five years?