I first met Leo Valls through the site a few years ago. He emailed me a clip that blew me away. It was the first time that I had seen Bordeaux skateboarding. I really liked the spots, and the approach that they have to skating them. It’s just cruising the streets, and skating whatever they came across—which has always been my favorite aspect of skateboarding. Leo always kept in touch, and eventually came out to San Francisco for a visit. He’s a really down to earth guy and fun to cruise around with. He recently came back, and we sat down for a long overdue interview.

48 Blocks: Talk about the skate scene in Bordeaux, and how you first got started.

Leo: I started skating in ’99. I thought it was cool. I saw this Rasta  dude in front of my house, and he did an ollie. It was the first time I saw someone jumping on a skateboard. It looked so tight. I was like, wow, that’s amazing. I just wanted to do it. So I started skating in the city. I lived with my parents in a little town outside of the city near the wineries and castles. I used to take the bus, go to the city, and meet more and more homies. It was really cool. There was this huge marble plaza called Malraux with banks, and ledges. It was underground. Everyone was doing graffiti and skating there. There were lots of OG skaters, and people would come from other cities. It was really cool to start skateboarding there. 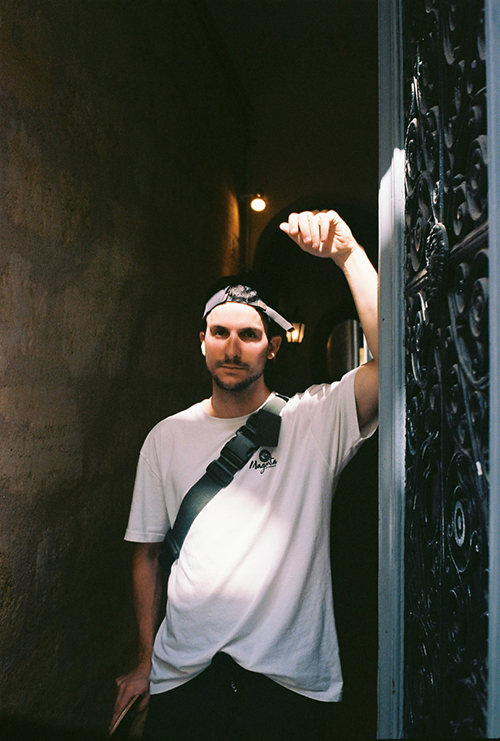 48 Blocks: Who were some of the good people out there back then? Were there any pros living in Bordeaux?

Leo: There weren’t really any famous people from Bordeaux. I think the Bordeaux scene wanted to stay underground, especially with the plaza. They weren’t really cool with the other French skaters. It was kind of weird. There was this guy named Serge Defreitas, who is an OG pro skater from Bordeaux. My homie Yoan Bario, he was super hip hop at that time. World Industries had a demo at Malraux with Daewon Song and all those guys. They came and just killed it. I started skating right after that. They destroyed Malraux just a few years ago. They put grass everywhere because there was too much skateboarding. They built a skatepark. Now, lots of kids are just staying at the park. But most people just shred the streets, and try to find new spots. We have good architecture with lots of marble. It’s a mix of old and new architecture, old castles and buildings, as well as new marble plazas and ledges.

48 Blocks: I noticed that you do a lot of cruising around in the streets, and just hitting things as you go. It kind of seems like the architecture over there lends itself to that.

Leo: Yeah, the city is not that big. It’s pretty small. The streets are really smooth. When I come over here to San Francisco, I feel like the ground is really sketchy, and rough. In Bordeaux, it feels so good just to push. You can skate across the city in a day, and hit twenty spots. You don’t need a car. I don’t have a car. French people don’t really have their driver’s license when they’re young. We just push around the city searching for spots. That’s probably why we skate like that—just pushing, and trying to skate everything on the way. We’ll see something weird, and just skate it. We try to make it look cool, and artsy.

48 Blocks: I thought it was funny when you first came out here on this trip, and we went to Double Rock. It was your first time skating an indoor park on wood. In America, pretty much everyone has skated an indoor park. 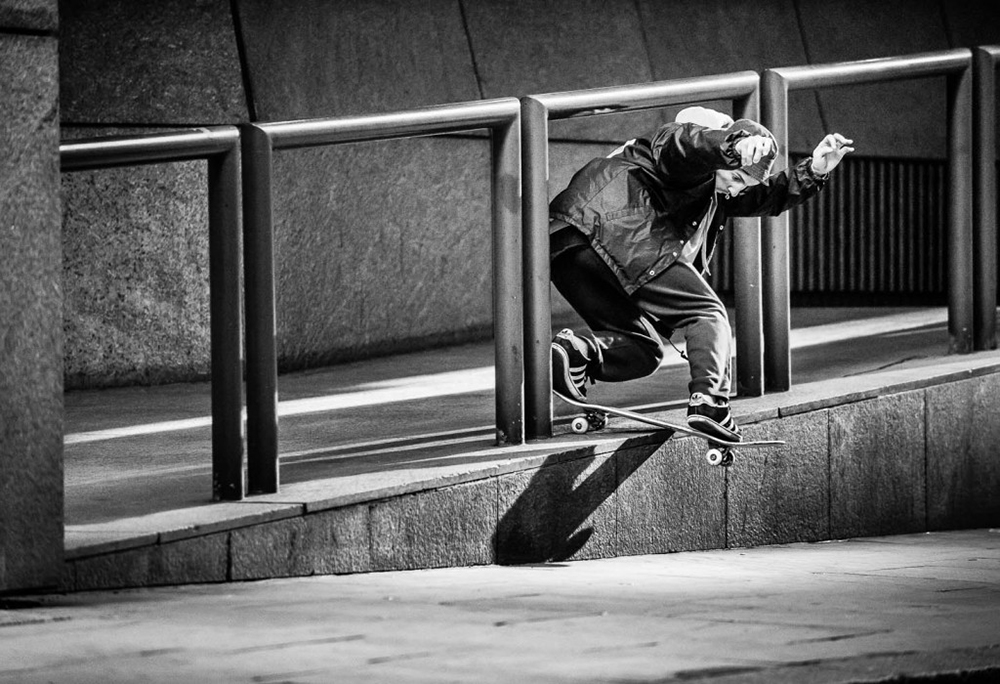 It was definitely weird skating an indoor park for the first on this trip. It was cool though. It was raining, and we were with Lavar McBride—who is an amazing skater. I used to watch his video parts when I was a kid. It was cool to skate ledges with him even if it was at an indoor park on some wood.

48 Blocks: When did you first get sponsored, and who was your first sponsor?

Leo: I got sponsored a few years ago by a small company from the South of France called Logo skateboards. They used to send me boards. Then this OG skater named David Coolio—he’s really cool and he started this company Metropolitan. They wanted to do something different, and underground. It’s such a good company.

48 Blocks: Who else do you skate for besides Metropolitan?

Leo: I skate for adidas in France. I just got on Prize Fighter wheels. I’m pretty stoked about that. It’s a cool underground company from New York. I skate for Riot Skate Shop in Bordeaux. This year we just started a distribution called Riot Distribution. We wanted to import underground companies that we like from the US and Japan to make them known in France. We have this big skate shop, and in the back there is an office. I work there. We stock all the product and send them to the finest French skate shops. We have companies like Rasa Libre, Traffic, SHUT, Hopps, and more. It’s a good thing. I’m glad we did it. 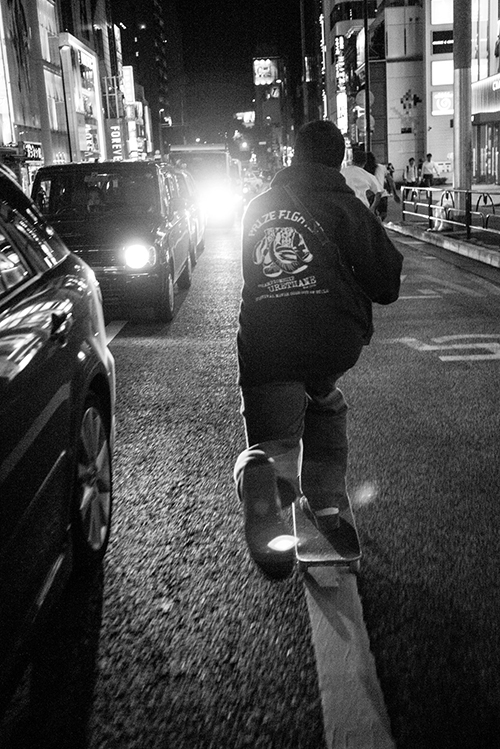 48 Blocks: You’ve been traveling quite a bit. You came out here a couple of years ago, and now you’re back. You’ve also been out in Japan.

Leo: I came to San Francisco a year and a half ago with some friends from France. I really like it. But I came back here this time for my girlfriend actually—more to see her than skating. But it’s such a good place to skate. So it’s perfect. San Francisco is really tight. I met so many cool people. I can’t believe how many cool people I’ve met. Tokyo is definitely the best place to go for me. I love skating with all the Japanese dudes. I go there with my homie Yoan Taillander, who is a really good filmer. Every time we go there, we have a blast. I’m going to Tokyo again for the third time in a week. I’m gonna stay there for two months, and try to film with Yoan and my roommate Masaki to finish this video project about night skating called Minuit. I’m really excited about it. I think Tokyo’s the best place for architecture, and people. It’s really different.

48 Blocks: Do you speak any Japanese?

Leo: I don’t really speak any Japanese. I just learned the really basic words to communicate with people. I speak English with people in Japan. I have a really strong French accent, and people there barely speak English. So sometimes it’s really hard. But with skateboarding, there is no real language barrier. I just have a blast skating for like six hours with friends in Japan like Kenji Nakahira from Tokyo. He came to Bordeaux for a few weeks, and he doesn’t speak English at all. At the time, I barely spoke English. We would just have so much fun just cruising around and skating spots.

48 Blocks: Let’s talk more about Minuit. What’s the translation of that?

Leo: It means midnight in French. Yoan is really talented with a VX1000, and a fisheye. He’s trying to make this project happen. It’s supposed to be only night skating. My friend Masaki Ui is gonna have a sick part. He’s got lots footage. We’re gonna do two months in Japan to film. When we get to Japan, we’re only gonna film at night because you can’t really film there during the day. We have this little battery that doesn’t make noise. We can use it to light up spots, and not make too much noise when we film under houses and stuff. It gives us a little more time to film tricks than a real generator. I’m really excited about this project. It’s gonna be a good mix of underground skating. 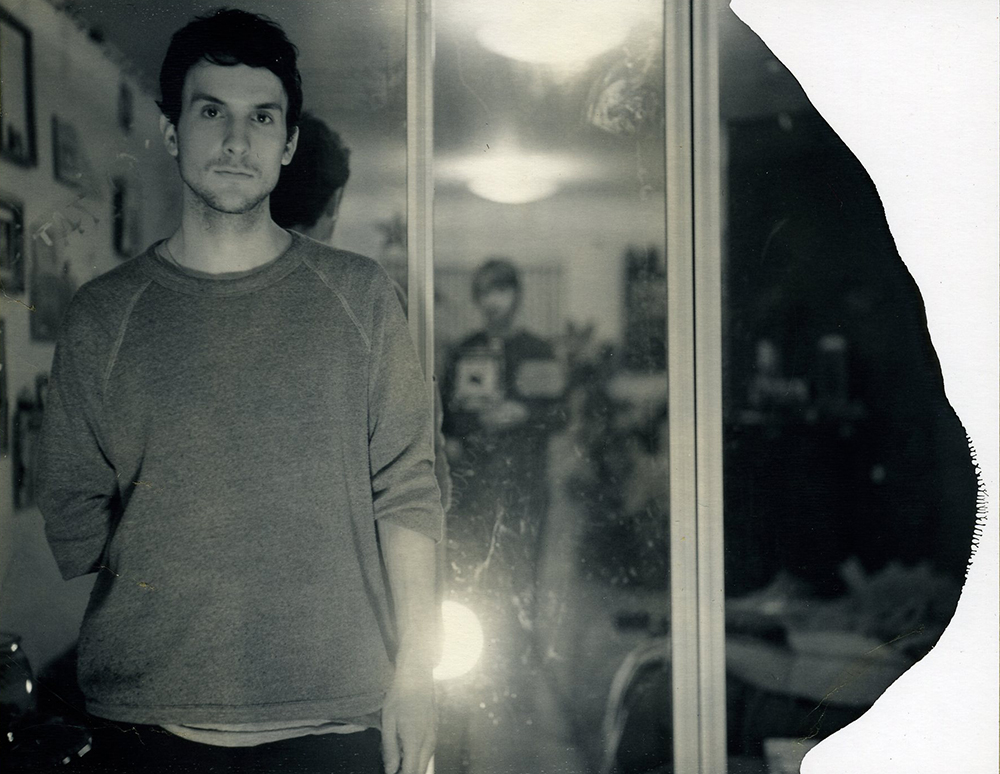 48 Blocks: With two-and-a-half months in the States and two months coming up in Japan, do you think you’ll get homesick?

Leo: I miss my friends a little bit. But it’s okay. I see them everyday when I’m in France. I’m really stoked to be here with my girlfriend. I not really homesick, maybe a little bit for food. I miss good bread, cheese, pastries, and stuff. But I’ve gotten used to the American way of life. I really like it here. The weather is beautiful. It’s really colorful, lots of good people to skate with, and new spots. It’s just good to change. Bordeaux is a really sick place to skate. When I travel and go to places, I realize how good our spots are. When you travel you can really appreciate where you’re from, and be proud of your city. But it’s good to be another place, and see new people. It’s a way that you can really grow as an individual I think.