Kent Uyehara started FTC in 1986 when he was fifteen years old. Since then, it’s grown to become one of the most recognized entities within skateboarding. From its videos to a the team, FTC has created a legacy in skateboarding that will last forever. Given that, we jumped on the opportunity to sit down with Kent and talk shop with the man who’s been there every day since the first.

48 Blocks: What made you decide to start a skateboard shop in San Francisco at that time… was it ’86?

Kent: Technically it was ’86. I had been skateboarding as a teenager for several years. My dad owned an independent sports store back then, it was primarily a ski and tennis shop. So it wasn’t really that unusual, it’s just what my surroundings were. I used to be a customer at Skates On Haight like most little kids in San Francisco, it was this skate shop that punked their customers all the time. One time my friend bought a complete and we were kicked out of the store within five minutes. That sort of gave me the idea to see if I could order boards directly from the companies. One day I saw this old Powell ad and just called them up. Back then skateboarding was small, they were like “yeah, you can be a dealer.” I was probably like fifteen years old when I made the phone call. 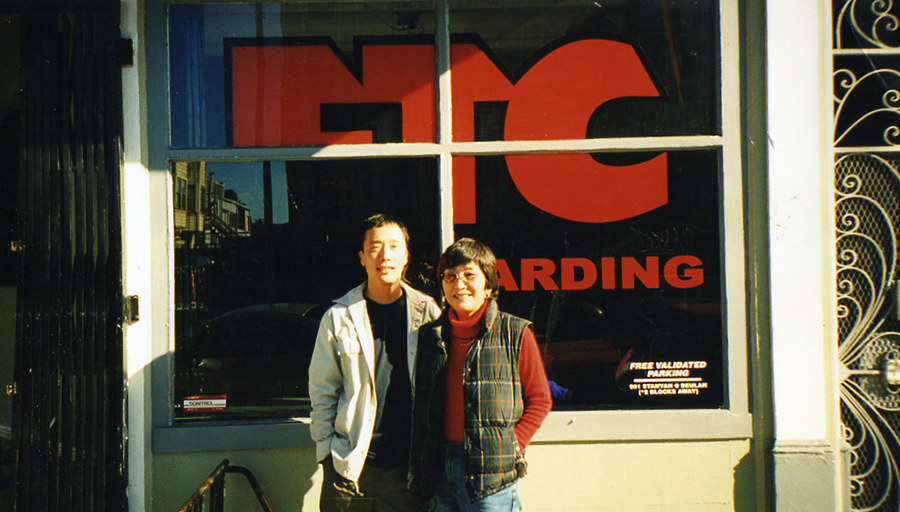 48 Blocks: Skateboarding wasn’t as mainstream as it is now…

Kent: Just as a sport, not to take away from any of the older guys, but people were doing bonelesses, acid drops, and Thai slides down the street. It was just progressing and there was hardly any industry to go along with it.

48 Blocks: So from just doing it small-time, when did you start to grow into building a team and putting out your own brand?

Kent: I think that was around 1988, that’s when we put together the first FTC team which was Jovontae, Mike and Greg Carroll, and Rick Ibaseta. I had known Jovontae for a couple of years already because he lived in my neighborhood and he was a skater. When we decided to put a team together I asked him if he could grab a couple of the young guys in town. At the time we had Concrete Jungle, which was probably the most core and independent skate shop anywhere besides maybe like Rip City in Santa Monica. They had the best street team period. Mike Carroll rode for them for a minute right when that store was ending. Anyway, I was thinking “we’re not gonna be able to get any of these older guys, so we should just start off with the youngsters.” So Jovontae just grabbed some friends of his and from there the whole thing got planned. Then Concrete Jungle closed down and the owner gave me his blessing – he was like “dude, you should just take over SF.” At that time Skates On Haight was a huge mail order, so in terms of street cred you had Concrete Jungle; but as far as the people making a ton of money it was Skates On Haight. 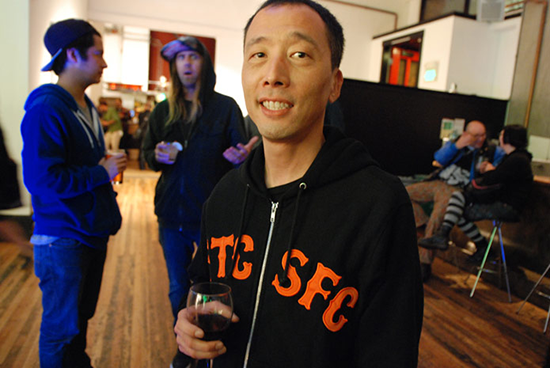 48 Blocks: So moving on to Finally, cause that’s when things hit a national level – who’s idea was that and how did that video come together?

Kent: We – everyone down at Embarcadero had always wanted to make a video. At one point I was going down there myself and trying to film, but I didn’t have the time. I was trying to run this business at the same time as well. One day James Kelch came in the door and told me “I think I finally found someone to film this video.” It turned out to be Aaron Meza. Aaron just happened to be a student over at State college and had a camera. He lived in South City and started filming. The best part of it was that everybody got along with him down there. James accepted him, the whole EMB crew was cool with him. That was probably just as big a thing as how good of a filmer he was. It was a really cool organic thing.

48 Blocks: At that point Carroll was already a well-known pro from Questionable and the H-Street videos and most of those guys were amateurs, but still getting a lot of coverage in magazines. Did you realize the significance of Finally at the time?

Kent: No, not when the first video came out. I remember when those things came in the door, the first VHS tapes and packing them up and sending them out one at a time to people around the world. I didn’t realize the significance until after the second video came out. The second one was actually a bigger video than Finally was in terms of sales, but that’s just because of the momentum off the first one. Plus that whole EMB family was going strong. Then of course over time… just because of time itself, it becomes more legendary in people’s heads.

48 Blocks: When did it hit you that FTC was becoming bigger than San Francisco skateboarding? 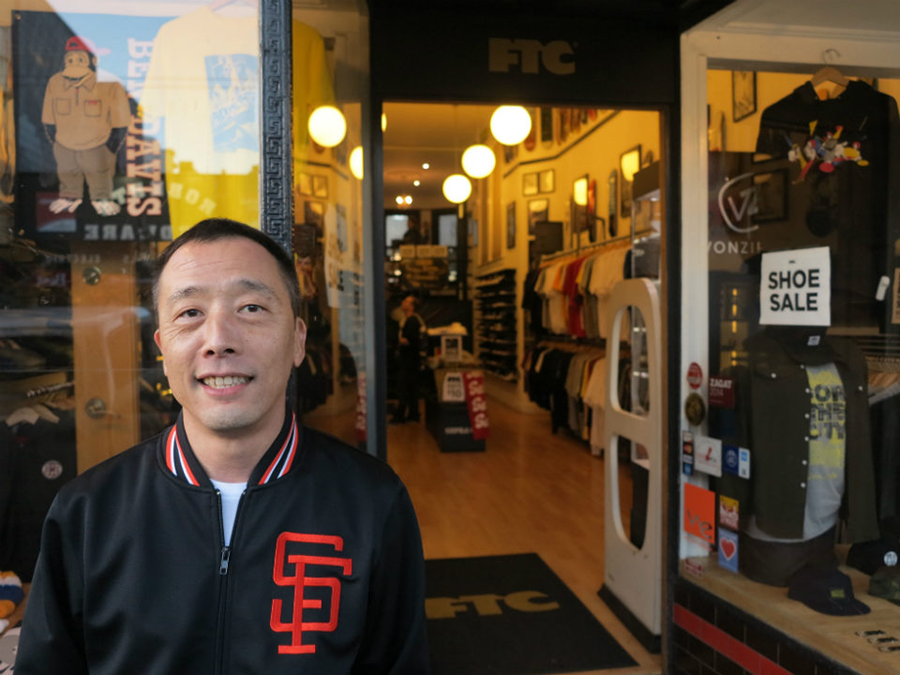 Kent: I didn’t really appreciate it until after EMB started to die down in like ’96 – ’97. For awhile it just seemed like it was a normal thing –to have hundreds of kids in this town that were all skateboarders and not from here. We were definitely a tourist destination, it was weird we could predict when people would come in our shop based on tourist trends. The Swiss would come during a certain month, then the Japanese would come another month, and the Australians would come at a different time. If anything it’s cool that we’re a part of people’s skate memory.

48 Blocks: The other thing that’s interesting is that right when FTC started growing, so did Deluxe. There was so much good stuff coming out of San Francisco… how did all that mesh together?

Kent: Deluxe started if I remember correctly with Spitfire wheels. They were actually doing a music distribution, like indy rock tapes and stuff like that. FTC was around when Deluxe started, the whole world was looking at San Francisco so anything out of San Francisco was getting attention. It was like Embarcadero blew up, FTC blew up, and so did Real. Back then, pretty much everyone that rode for Deluxe rode for FTC. Then in ’94 they decided to open up a store on Market Street. We’ve always been cool with everybody over there.

48 Blocks: So what’s been the hardest part of keeping it going?

Kent: In the twenty-plus years that we’ve been doing it, the only thing that changes is skateboarding. It was definitely weird being a place on the map that’s know around the world to having Embarcadero self-destruct and then to finally have San Francisco build itself back up. People probably don’t put this together, but the demise of Embarcadero kind of went on at the same time as the rise and fall of the dot com era. Both those things really fucked up the city in terms of skating. When the dot com peaked no one could afford to live here, so the skaters had to leave finally. That was part of the reason for the exodus down to LA. For probably five years after that, tourism didn’t come back to San Francisco… then we had 911. Now everything seems to be nice and healthy. We’ve got a lot of pros back in San Francisco and a lot of people skating here. There’s a lot of events coming back to the city and we’re finally going to get a skate park at the end of the year. 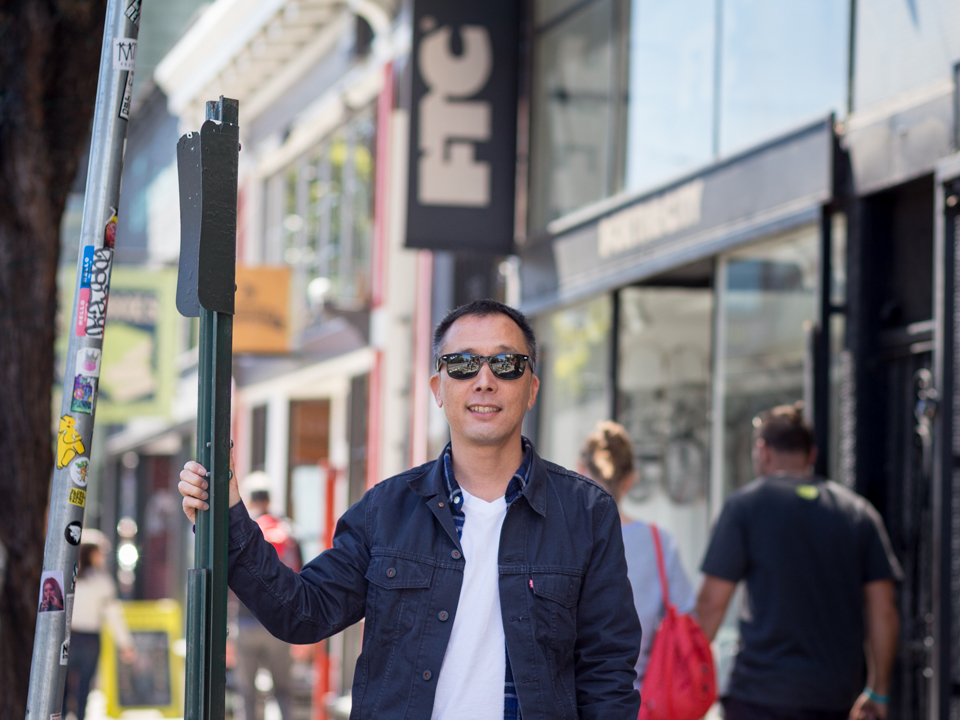 48 Blocks: Now there’s an FTC in Sac and one in Tokyo. Talk about how that evolved and any other future plans.

Kent: All of the expansion is kind of two-fold. We’re trying to do a retail expansion through franchising with the people in that town. I remember for years I used to take vacations to New York City and everybody was under the assumption that I was out there to open an FTC. It can’t go down like that, if I want to open a store somewhere it’s gotta be through someone that’s a part of that scene already. That’s just part of FTC’s way of doing things anyway. We’re also expanding as a brand, we have a full clothing line going now for each season. We’re just hoping to solidify our little piece of the pie.

Kent: Yeah, hopefully we’ll be getting started on that in the next few months. It’s gonna be an international video which will be cool and show people a different side of FTC. The previous four videos will be released on DVD at the end of September as well.