Keith Hufnagel’s history in skateboarding speaks for itself. He left his mark on both New York and San Francisco in the ‘90s, and has been a part of some of the most legendary teams in skateboarding as a result. Nowadays, Keith is juggling running a successful sneaker shop and brand with professional skateboarding. Somehow, he manages to stay on top of his game with both. From back in the day to present day, Huf has a damn good story.

48 Blocks: How did you first find out about skating when you were a kid in New York?

Keith: I grew up on 23rd and 1st. Basically, I had a skateboard since I was four years old. We used ride around on our knees. I rode around on my knees until I was ten. Then, I dropped it for BMX and played hockey. I picked it back up when I was thirteen. That’s when I learned how to ollie and do all that kind of stuff.

48 Blocks: Where and who were you skating with at this time?

Keith: When I first started it was the kids that I played hockey with. They all got skateboards. So I started skateboarding with them. Then, there was this kid Justin that I used to chill with. And right after that, I met Keenan (Milton) and started chillin’ with him. 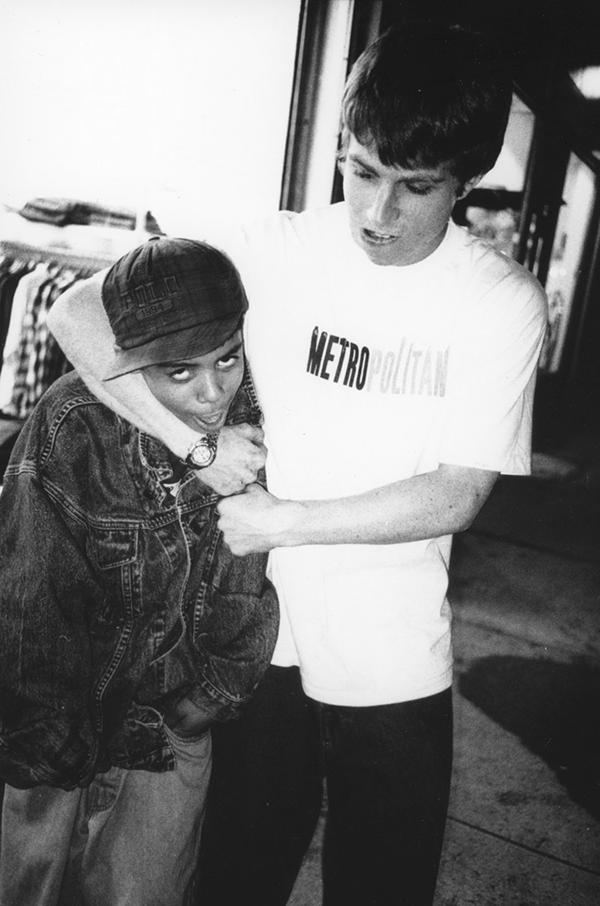 Keith: Shit, I think we just met in the streets, skating the Banks or somewhere. I don’t really remember the exact day I met Keenan. But back then, everyone would skate the Banks. There would be twenty or thirty kids there. Me and Keenan just started hanging out. Then, we started hanging out with Hamilton (Harris). I was also hanging out with Harold (Hunter). I had known Harold forever because he lived like ten blocks from my neighborhood and we just kinda ran into each other and used to skate together. Then I started hanging out with Chris Keefe and Jones Keefe. They were just randomly skating in my neighborhood one day. We all just started cruising around and skating after that. That was a little crew. Then, the Long Island dudes started coming in like Ben Liversedge, Gino Iannucci, and those dudes.

48 Blocks: Around what year was this?

48 Blocks: So that was, like, the young kids days. All of those dudes are or were names in skateboarding. When did you start getting noticed as far as being good and getting coverage and sponsors?

Keith: ’91, we were skating at the Fuji building and that dude Shrewgy was there. He hooked me and Keenan up with Sptifire and Thunder. That was sort of like our big gap to the West Coast.

48 Blocks: So from there, was Fun your first board sponsor?

Keith: Actually, everyone used to do sponsor-me tapes with a buddy. So me and Keenan sent one into Life skateboards. Ron Allen saw it. We used to call out there and Dave Andrecht was the guy that used to flow us boards. Then we used to talk to Ron Allen and he was like, “we’re breaking out of H-Street, do you want to come ride for Fun?” We were like, “hell yeah!” I mean we were just getting a free board every month. So we were like, “hell yeah!” That sort of started our whole travel to San Francisco. We started coming out here and visiting Ron Allen. 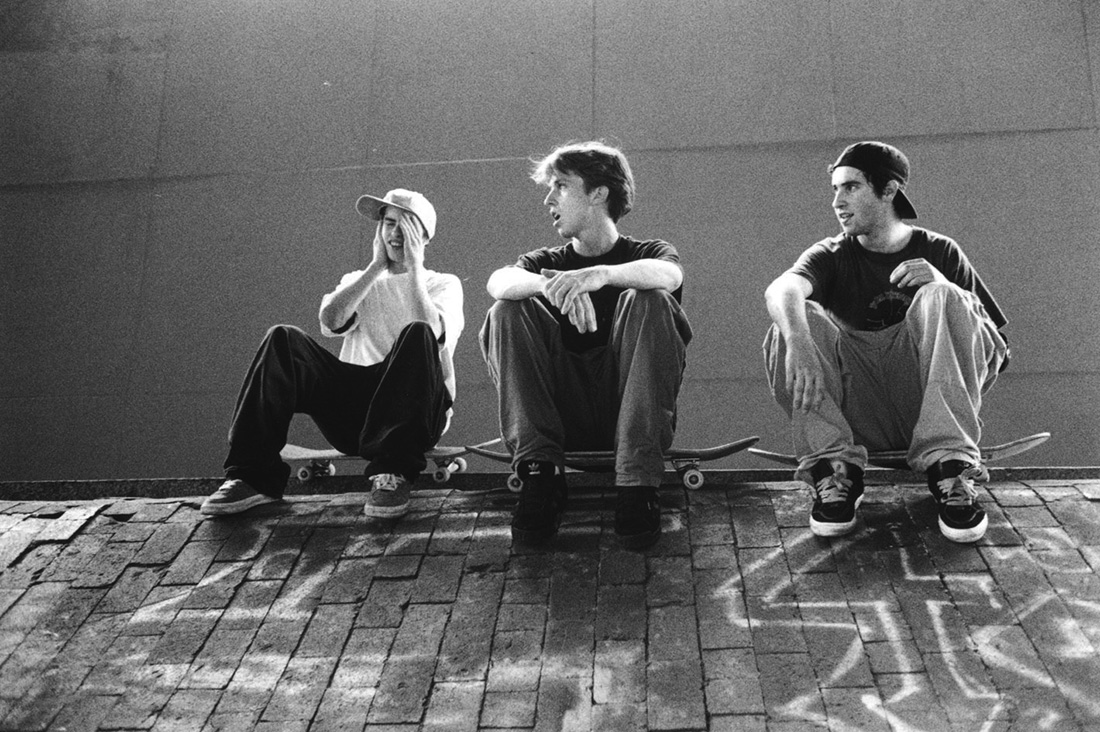 48 Blocks: Talk about those early days in SF., that was during the Embarcadero era. You had stuff in FTC’s Finally, which is where a lot of people first saw you. What was it like coming to California from the East Coast?

Keith: We were super stoked because it was all new spots for us. Plus we were coming to a place where… I mean you’d go up to Embarcadero and there would be forty people skating around from amateurs, to pros, to the whole shit. It was pretty intimidating at the time because you’d see people jumping the Seven, killing the ledges, and you’d hear stuff like people were gonna steal your board, steal your money, whatever it is. (laughs) So you kinda just kept to yourself and you just skate. After a while, people start talking to you and you start making friends. You learn about the city, and all the skate spots. You learn how to bomb hills! Really, we were all about pushing the streets. We didn’t have hills. We did a little bit of hills, but it wasn’t like San Francisco hills. I remember the first time I went down a hill I got speed wobbles and just fell and fucking ate shit. (laughs)

48 Blocks: Fun was out of Deluxe at the time.

48 Blocks: Talk about the transition from Fun to Real and what happened.

Keith: We were all on tour. It was me, Ron Allen, Pupecki, and Keenan. It was pretty much a mental breakdown between everyone. Keenan and Pupecki were out. They kind of just hopped off the tour and took off. I went back to Chicago and I flew home from there. Basically, at that point, everyone quit the team and left Ron. I was just hanging out and not skating for anyone. Theibaud ran into me on the street and asked me if I wanted to skate for Real. I was like, “fuck yeah!” (laughs) Keenan and Pupecki went down to… I think Keenan went to Plan B at that time. 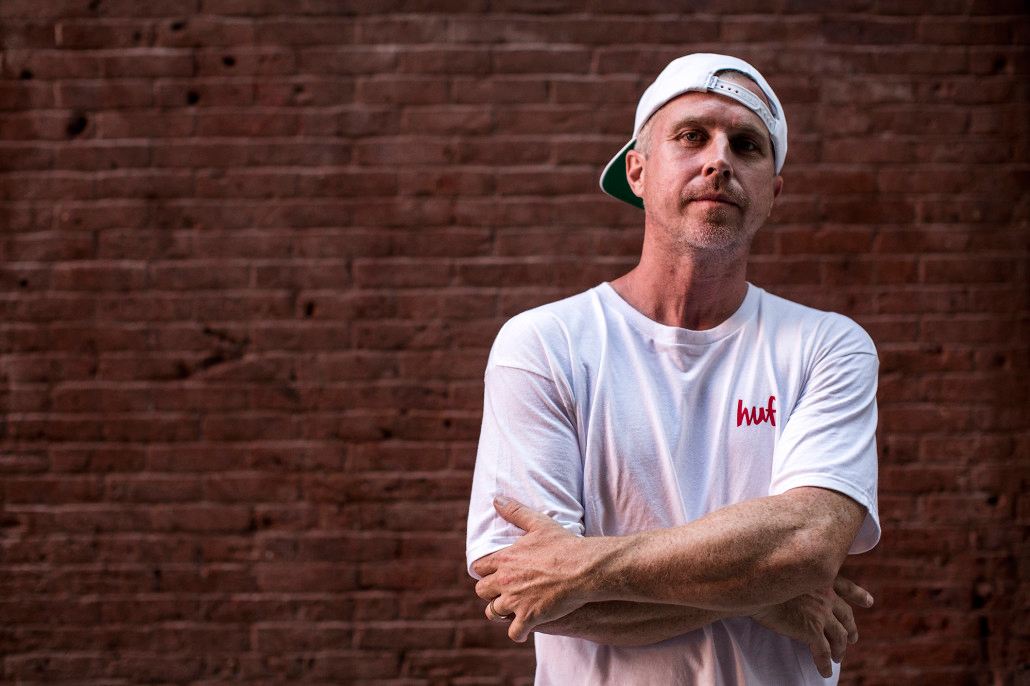 Keith: Yup, and I feel like Pupecki went to Element at that time. That was kind of the break up of that whole crew.

48 Blocks: So did you officially move to San Francisco at this time?

48 Blocks: Give a little timeline for the move here then to LA.

48 Blocks: Talk a little bit about that time post San Francisco. You were skating for DC Shoes back then.

Keith: Yeah, I had been skating for DC since when I was in San Francisco. It was like ’95. When they started I got on with Scott Johnston and…

Keith: No, they weren’t on yet. I think even Drake Jones was on it. Everyone was riding for Droors and it was Caine Gayle, me, Scott, Dyrdek, Rudy Johnson, Danny, and Colin. They started blowing up and they got Mike and Rick. They did these tours, The Super Tours, that was pretty much one of my top tours that I ever went on. It was all the best dudes and everyone was pretty fucking psyched.

48 Blocks: What happened with DC when you ultimately switched to DVS?

Keith: For me, it was just that everyone left. Rick, Mike, and all those guys were leaving. They kind of gave me a word to hop over to DVS. I just kind of weighed out my options and DVS for me at the time was a better move. I was stoked on the company. It was growing.

48 Blocks: So what was going on in your life leading up to your move back to San Francisco?

Keith: I was in LA. I was living there for three years. I liked LA, but I kind of felt like it wasn’t the place where I wanted to spend the rest of my life. Coming from New York, it wasn’t my style. For a while, me and Scott Johnston were talking about opening a store down there. After Keenan passed away, I was pretty upset. So I kind of just left LA and came to San Francisco to get away from that and start a whole new life up here. That was when the store kind of came into the picture. We started forming the idea and building it. 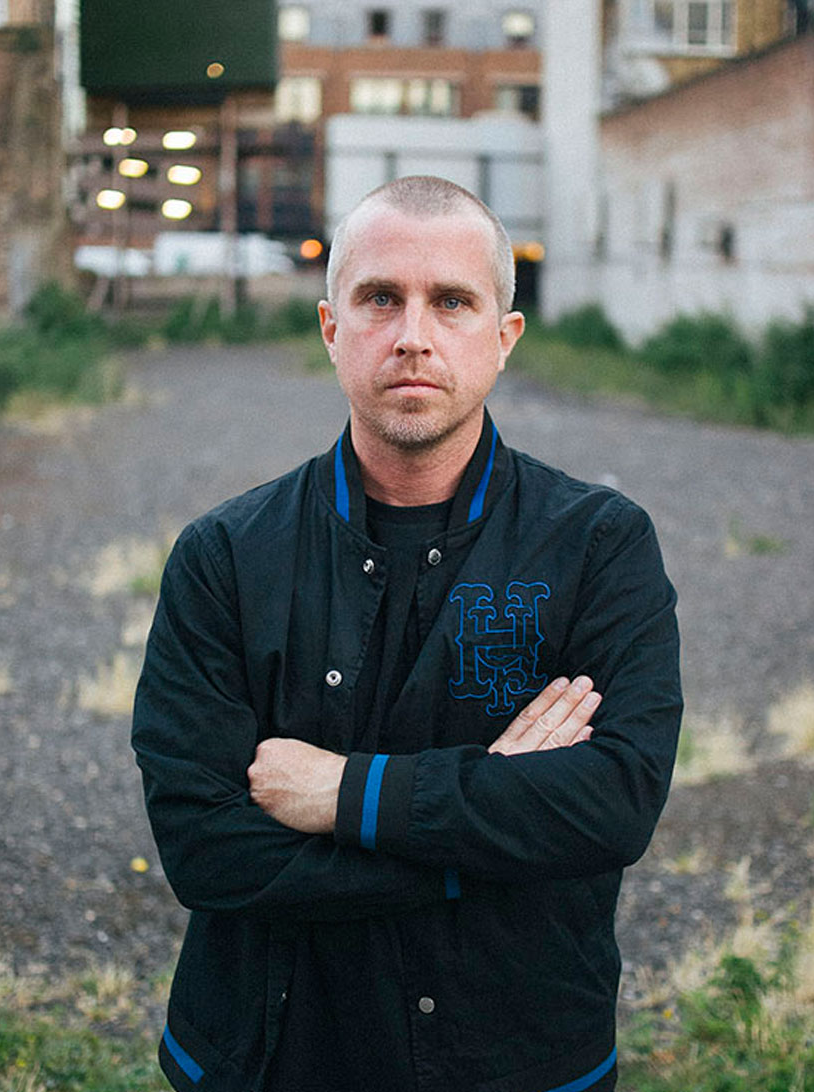 48 Blocks: Was that after Reel To Real, what projects were you working on at that time?

Keith: This was right around when Reel To Real came out, right about that time. I worked on Skate More while I was running the shop.

48 Blocks: What projects are you working on right now and where do you see yourself going?

Keith: My next part is a full-length Real video. I feel like I’m the person on the team with the least footage. All these kids are so fucking good. I’m really going to put one hundred percent into this and make a part that I’m stoked on. I want to make a dope SF part that represents San Francisco cause I’m here. And hopefully get some New York skating and maybe somewhere else. I feel like there’s a good amount of street skating here that I can use to make something really good. Other than that, we are opening a HUF store in LA in April.

Keith: I’ve been really stoked on a lot of young kids and seeing how they’re skating. Like watching their progression and how much better they are than me skating for twenty years. It’s rad. I can’t even fucking believe it. Watching what they’re skating and how they see things different than I see them. I skate different than them. It’s rad to see the talent that they have.