What can you say about John Igei? He’s never put out anything subpar. In my book, the dude is untouchable. His parts in the Ryde or Die Vol. 1 and Static 2 are classics, and he’s currently filming for the upcoming Western Edition video. We caught up with Igei last week and got the low-down on his Washington D.C. roots, time on the West Coast, recent move to New York, and obsession with track bikes. Take  glimpse into the origin of his style.

48 Blocks: You’re originally from the Washington DC area and were part of the OG Pulaski crew. How did you get started skating and first start going to Freedom Plaza?
John: I started skating in junior highs school, it was just local in northern Virginia with all my homies that I grew up with. We had heard that DC had a lot of good spots. Back then we didn’t know anything, so we went down there and checked it out. There was tons of sick stuff to skate, after the first time I went down there; I was hooked. I had to keep going back no matter how I got there. I’d save up my lunch money and use that for the metro. I’d go down there with no ride back, hoping that somebody would drive me home – whatever, hop the train back, anything. After awhile I started meeting people in my area, older kids that would come and swoop me up. 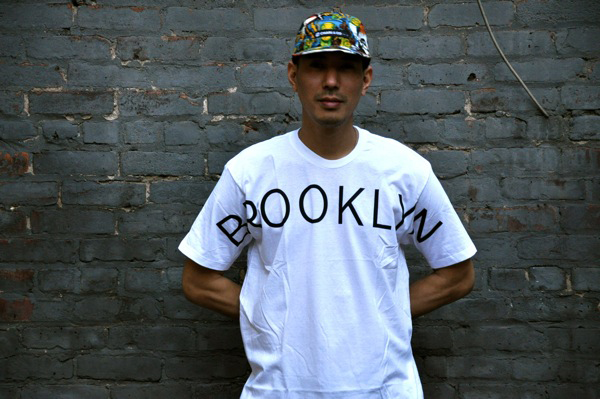 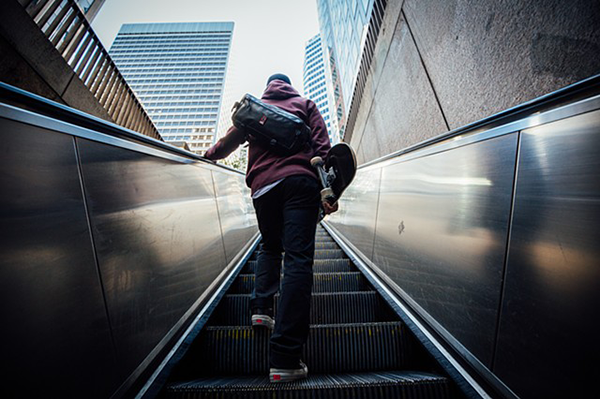 48 Blocks: You were amateur for a really long time. It seemed like Aesthetics should of turned you pro then Zoo should have turned you pro, but you had to wait way longer. What was going through your mind at that time, did you know it was gonna happen?
John: Honestly, I didn’t even really care. I was just skating and having fun. I didn’t feel like I had it in me to turn pro until towards the end of Aesthetics. That’s when I really wanted to put effort into it and try and see what I could do. I think back then was when I was really going for it. I probably wasted a lot of time smoking weed and drinking beer and shit, I waited too long but I’m here now.
48 Blocks: You were just out in New York for awhile…
John: Since early August, I went out there for a little change of pace and to skate new spots.
48 Blocks: What was up out there, you were working at DQM right?
John: Yeah, I worked part-time at DQM and just skated the rest of the time. It’s sick man, there’s tons of different stuff to skate. The city is so huge, there’s a lot of things that are undiscovered and a lot of sick skaters to skate with. I’m just exploring new cities.
48 Blocks: So what made you decide to come back to SF?
John: Oh, I’m just here temporarily to film for the Western Edition video.
48 Blocks: So you’re headed back to NY, you’re pretty much psyched out there living-wise?
John: Yeah, I mean for now I like it.
48 Blocks: What do you like to do when you’re not skating? 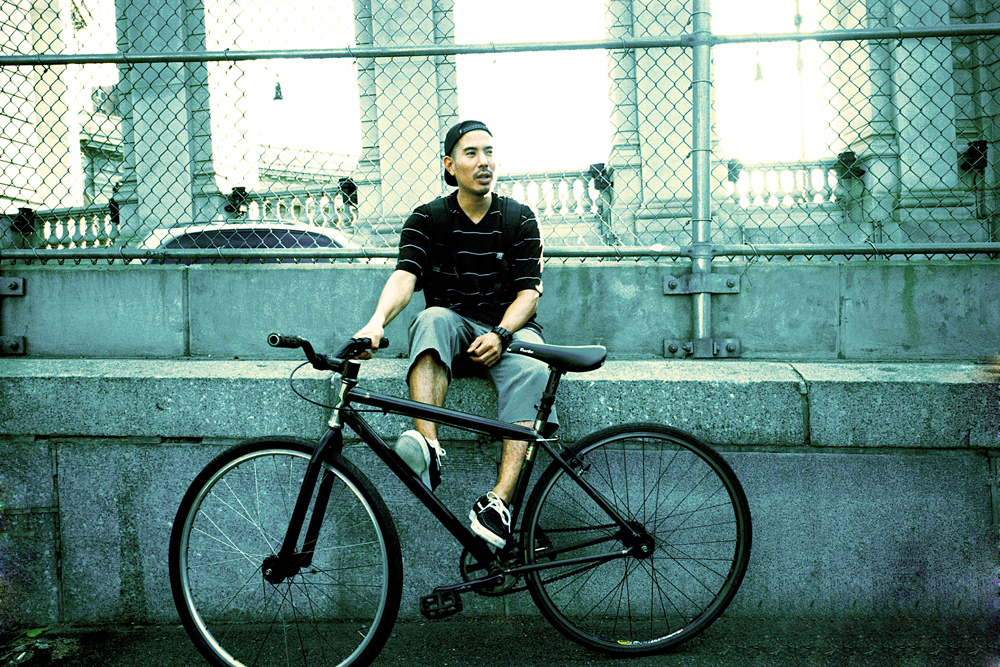 John: I think a lot of people know I like riding bikes, mostly track bikes; but I like to ride every kind of bike. I dunno, hang out at local spots like Lower East Side – Fish, Epstein’s, and all that.
48 Blocks: How’d you get into bikes? You’re pretty deep in the bike game.
John: Just working at HUF man, being around them all the time. Massan was the one that really started showing me how to ride and set me in the right direction. I don’t know, it was dope – just a completely different feeling from skating; but it’s still a sick feeling. It’s like landing a new trick when you’re bombing a hill and riding through traffic.
48 Blocks: I’ve seen you go through so many bikes, always coming through with a new one. How many bikes have you had and what are you pushing right now? 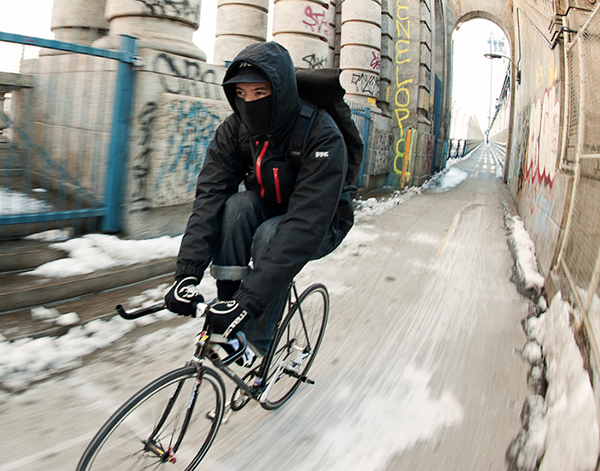 John: Man, I don’t even know – probably like twenty five or thirty. Right now I got this Japanese bike that I got used off of a pro racer. I assume he gets them for free cause they’re real expensive and he gave it to me for dirt cheap. It was like brand new when I got it. I guess it would be like a pro skater selling a used board.
48 Blocks: Any new tricks that you’re working on, got any secret bangers?
John:(laughs) Not really, I don’t know – my skating is different now. I’m getting old, I like to just cruise around and do shit that I have been doing for years cause it feels good when you do it solid. I don’t get too crazy anymore, I don’t do gnarly tech tricks. I just cruise and do a nice long tailslide, a nice tre flip, kick lip, backside flip, stuff like that.
48 Blocks: What do you see yourself doing when you’re done with the skating?
John:Definitely riding the bike. (laughs) I could do that forever, you can’t get too old for that.
48 Blocks: Do you see yourself getting into racing or anything like that – professional style bike riding?
John:Nah, I’m not into all that crap; I just like cruising around and doing wheelies and shit. 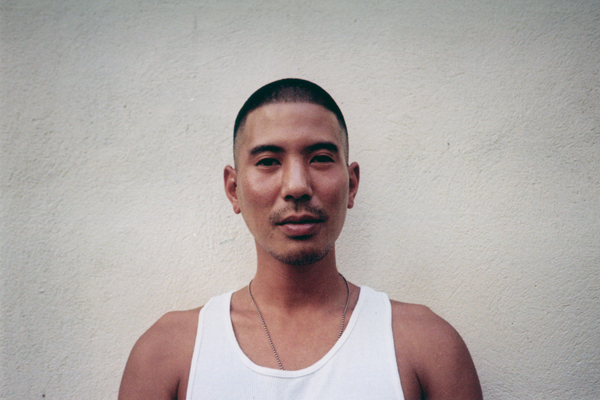 48 Blocks: Any places that you want to travel that you haven’t been to yet?
John:I’d like to check out Australia, but if I could go anywhere it would be back to Japan, back to Tokyo.
48 Blocks: When was the last time that you were out there?
John:It’s been awhile, probably like 2002 or 2003 or something.
48 Blocks: What do you like about Tokyo that makes you wanna go back?
John:I just feel like a lot of the skaters out there I can click with. I met a bunch of them in New York and out here. I met a bunch of skaters out there that are like me. They like to skate and ride bikes and do the same kind of crap that I’m into. It’d be fun to go out there and check it out.
48 Blocks: How thick is your music collection now, how many MP3’s are you holding?
John:Oh man, I’m holding tons! I just go through everyone’s computer and download all kinds of music – Joey’s, Brad’s, Rob’s, everyone’s. I’m into all kinds of music. I like hip hop, I like metal, classic rock, I even fuck with a little bit of country, punk rock too.
48 Blocks: What is it that draws you to New York now as opposed to SF, is it just the change of pace? 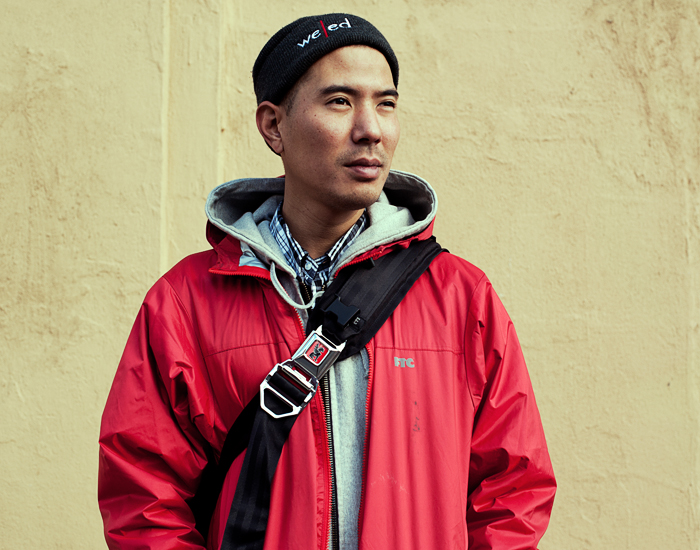 John: I like it cause there’s always something going on and it’s such a fast city. There’s tons of people there, if you wanna go skate you can call up tons of people, if you wanna go ride your bike there’s people to go do that with, if you wanna go hang out at a bar or go to a party or some type of event, there’s always something to do. You can basically go out every night and there’s some type of event where there’s free drinks and you won’t ever have to spend money.
48 Blocks: Who have you been chilling with out there?
John: Mostly Joey (Pepper) and Kyle (Demmers), all the dudes at DQM, Chris and Dave, Zered. Tommy (Wisdom) has been out there for awhile. Todd Jordan. All the dudes from Track Star, the bike shop.
48 Blocks: Any advice that you would give to kids trying to come up in skating?
John: Yeah, if you wanna come up don’t wait too long like I did. (laughs) Go for it, go hard. You gotta get up early, skate all day, plan your shit out, you gotta think of what you wanna do, find a spot to do it, practice it, go do it, line up all the photographers and filmers and shit; don’t just skate around and bullshit all day at the Pier like I did. (laughs)