Joel Meinholz’s skateboarding seems to be a reflection of his personality. It can best be described as a free-form trip through environments focusing on making things happen while letting things happen. You always hear the cliché “life imitates art.” In Joel’s case it would seem that life is art, and he lives everyday creating in one form or another. Hot on the heels of a new part in the MIA video and a switch to Hopps skateboards, we managed to get Joel on the phone for the following interview.

48 Blocks: You’re originally from Milwaukee, when did you get started skateboarding?

Joel: Basically a bunch of kids skated in my neighborhood back in the day. They just had banana boards and stuff like that. This was way back in the day. They were older kids, like thirteen or fourteen. I was mad young. I would always try to ride their boards. I found my first real skateboard in the bushes at this Chinese restaurant where my parents were eating. That’s how I first started skateboarding, after finding that board.

48 Blocks: What year was this? 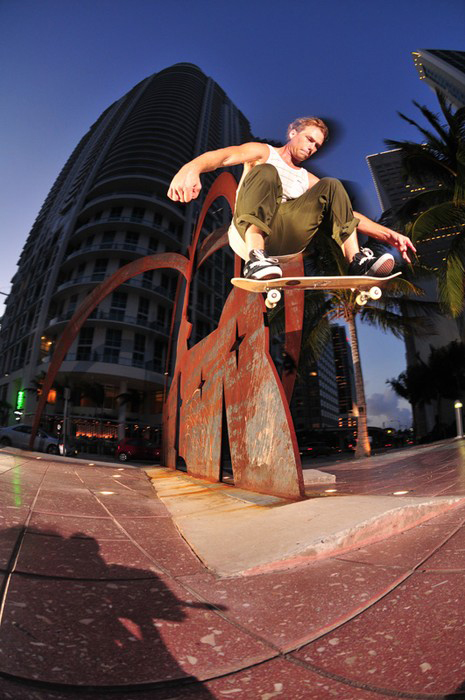 Joel: I have no clue. I can’t remember man. I was just young. All the years just kind of mesh together. I was either younger, older, or who I am now.

48 Blocks: What were some of you early influences in skateboarding as far as pros, videos, and magazines? What did you pay attention to?

Joel: It was definitely Natas, H-Street, and all of that stuff when I first kind of really started paying attention to skateboarding. Matt Hensley, Natas, and those dudes that ripped—the old Santa Cruz style. I grew up skating Turf so those pool rippers back in the day were also a big influence.

48 Blocks: What’s skateboarding like in Miami compared to other places that you’ve traveled to? What makes it stand out, or how is it different?

Joel: Skateboarding in Miami is sick! There’s tons of shit to skate like in New York, or any other major city. You just have to find it. There are also tons of distractions that keep people from skating, nightlife being the main one. Miami in itself is just fun. You can kind of get away with anything you want down here still. Cops are more concerned about fucking with drug dealers than skateboarding.

48 Blocks: Are you still involved with throwing parties and the club scene down there?

Joel: Yeah, that’s basically how I survive and make money. I throw events and parties, and work with this marketing company.

48 Blocks: I remember you used to ride for Stereo, were they your first real sponsor?

Joel: My first real sponsor was Invisible. From there, I ended up riding for Planet Earth, then Stereo, then Judah. After Judah, I was kind of over skating for a while. I ended up coming back to Miami and chilling out until I started skating for Rasa Libre.

48 Blocks: Cool, let’s talk about Rasa Libre. What was it like working with Matt Field?

Joel: It was awesome! His art direction is super sick, and the boards were really good. It was rad that someone wanted to try to do stuff with me. It was cool that he gave me an opportunity, and helped me out.

48 Blocks: You just recently switched to Hopps. How did that transition go down?

Joel: I’ve known Jahmal for a while from down in Miami. He came up with this idea for a board company a long time ago. It was just something that was super sick. I had just started riding for Rasa at that time when all this stuff was coming together. He took off and started Hopps. It was something that I was always into. But I had already made a commitment to Matt. I wanted to stick with that. And I thought it was a good look to be riding for a West Coast company, and get my name out a little bit more out there. At the end of it what happened was I just kind of wanted to help out the East Coast, and help out Jahmal. I see and talk to Jahmal a little bit more because I’m based on the East Coast. I was spending more time in New York. Eventually I just asked Jahmal what he thought about me riding for Hopps. It was actually good timing. Matt wanted to tighten up his thing. And I had the opportunity to ride for Jahmal—which opened the door to a new page.

Joel: With Josh, you know that whatever is gonna happen, it’s gonna come out the best that it possibly can. Josh is a professional. You know that if you’re gonna go out with Josh, you’re going out to work. I mean you’re going out to have a good time. But you’re gonna produce—and what you produce is gonna be fucking dope. It’s just professionalism, but still loose skating that’s a lot of fun. I think he puts more pressure on himself than anyone else puts on him to do a great job. I think it’s the same with anyone, not just skateboarders, that are really trying to do it. They put more pressure on themselves than anything. They need to be the best that they can be, not better than anybody else—just the best that they can be. 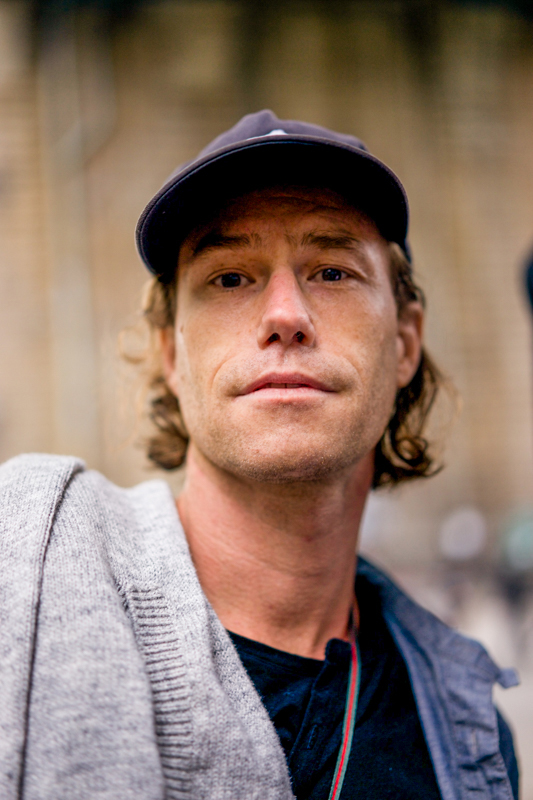 48 Blocks: What’s an average day like for you these days? Do you even have a routine, or do you just wake up and go?

Joel: It’s basically just wake up and try to figure out how to make some money. Wake up and go hustle—try to talk to people, and make things happen. Try to develop ideas and concepts and sell them to people. I mean how do you make your money? I don’t know if you have another job. But if you don’t get up and try to do it every single day, then nothing’s gonna come in. I don’t have a nine-to-five. I plug into this and plug out of that.

48 Blocks: Do you have any other creative outlets that you pursue?

Joel: I guess just life. Everything that you try to pursue is some sort of creative opportunity. You just have to listen to it. I know that’s a weird answer to that question. But it’s like if you just shoot a photo, you can look at something and see it differently. You start to think, “That could be done like this, let me talk to this person and try to make this happen. That could be put together like this.” I mean, I shoot photos and junk like that. But I don’t even point and shoot. I kind of snap, and hopefully something shows up on it.

Joel: Yeah, I just try to move information within people, and try to create within that. Find out what people have going on, and try to help them get to their goals.

48 Blocks: Do you think you’ll stay down in Miami or do you have any interest in moving to other areas in the future?