Jason Dill is one of the most colorful people in skateboarding. All of his footage has been golden, and he’s always had some interesting and funny things to say. With a career that’s spans the greater part of two decades, Dill has almost surpassed icon status at this point. When future generations get to his page in skateboarding’s history book, they’ll definitely recognize that he changed the game in his own way.

48 Blocks: Since Mind Field has wrapped, what have you been up to?

Dill:  Drinkin’, smoking, fuckin’. No, I’ve been here in New York. I spend lots of the day indoors waiting for the night.

48 Blocks: How much pressure do you feel filming a video part these days?

Dill: Mind Field was full of ups and downs. Breaking my arm was no fun. Photosynthesis was pure youth. I felt great then, more optimistic in general. I don’t know. 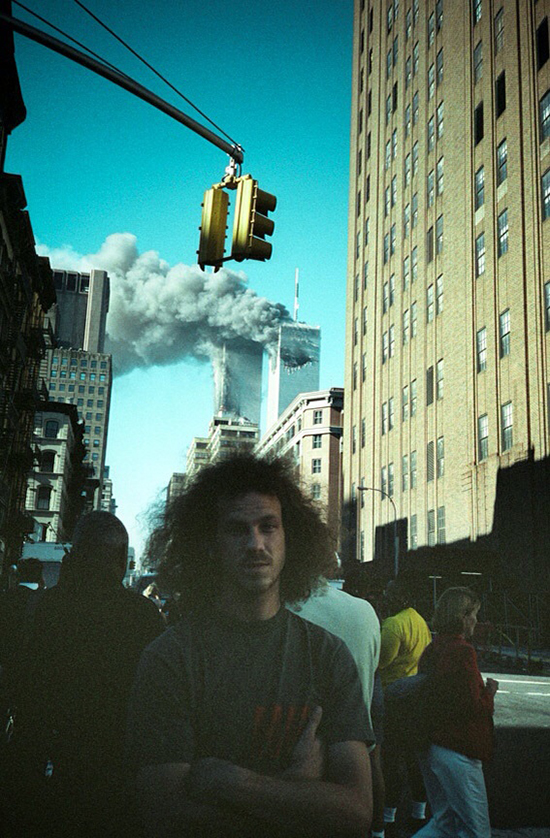 48 Blocks: You always seem to come up with some creative stuff that’s different from what most people are doing at the time. Is that something that you consciously think about?

Dill: It’s just reactionary. I don’t pay much attention to current skateboarding. Also, I have been skateboarding as a means of making money for so long that I feel like I have to bring a different approach. Or else I’d bore the fuck out of anybody paying attention to my career.

48 Blocks: You recently put out a bunch of new Fucking Awesome gear. How much time does your clothing line take up and what’s the vision behind it?

Dill: I hated and still hate all streetwear. But I did like Supreme. I was raised by the Supreme family. Supreme pretty much launched the brand for me. Fucking Awesome is my answer to all other brands.

48 Blocks: While we’re on the subject of fashion, can you talk about what influences your personal taste? We’ve seen an evolution in your sense of style from the 101 / 23 era Jason Dill until now.

Dill: Well, pre 101, I was just dressing like Mark Gonzales. Burgundy cords, all his kinda gear from Video Days. Then, I was dressing like Salman Agah. ’96 -’98 was all DC and Droors. About ’98 or ’99, I really just stopped wearing skate gear. Nowadays, shit, I honestly only own 2 pairs of pants, a few shirts, and 2 sweaters. I wear the same thing everyday.

48 Blocks: Everyone remembers 101 fondly. Any good stories or memories from that era?

Dill: It always trips me out that I was on 101 for only 3 years, 16 – 19. Those are very formative years for a teen. I spent a large amount of time in SF and NY then. The first time I took acid was in Queens with Gino, Keenan, Jones and Chris Keefe. Clyde once closed a van door on my head in New York. As far as stories, man, we smoked so much weed then. I always remember Rodney Mullen getting bummed on how much weed consumed our lives. It was a great time. 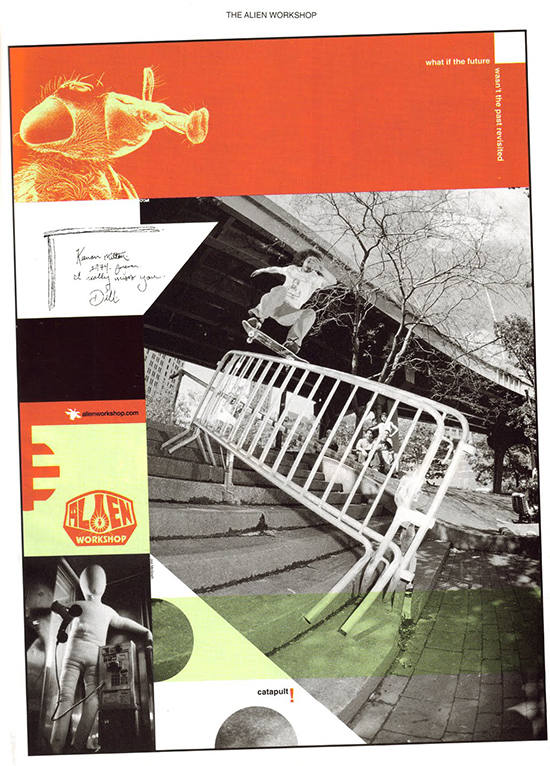 48 Blocks: Talk a little about your relationship with AVE. I feel like you discovered him when you got him on 23, and you guys have been together ever since.

Dill: I met him at Huntington High. He was young. I just remember saying to him, “You are gonna ride for what I ride for.” After 23, it was just natural that he ride for the Workshop as well. From then on, he didn’t need any of my help. He really carved his own path quickly. Why our friendship works? We know each other so well. Put us in a van for two hours, you wouldn’t understand what the fuck we were laughing at or why it’s funny. Only Greg Hunt knows the true levels of our insanity

48 Blocks: A lot of skaters that gravitate to New York do so because they have outside interests that are easier to pursue there as opposed to in California. What are some of the non-skate things that you take seriously?

Dill: Don’t you know that people who use the internet do not want to hear pro skateboarders talk about anything besides skateboarding?

48 Blocks: Do you have any good Maurice Key stories from the Trilogy days? You guys were pretty tight at one point.

Dill: Maurice was one of the coolest motherfuckers I knew. He just glided like an old soul. I think Maurice might still be bummed on me over some money I owed him from a cee-lo session. 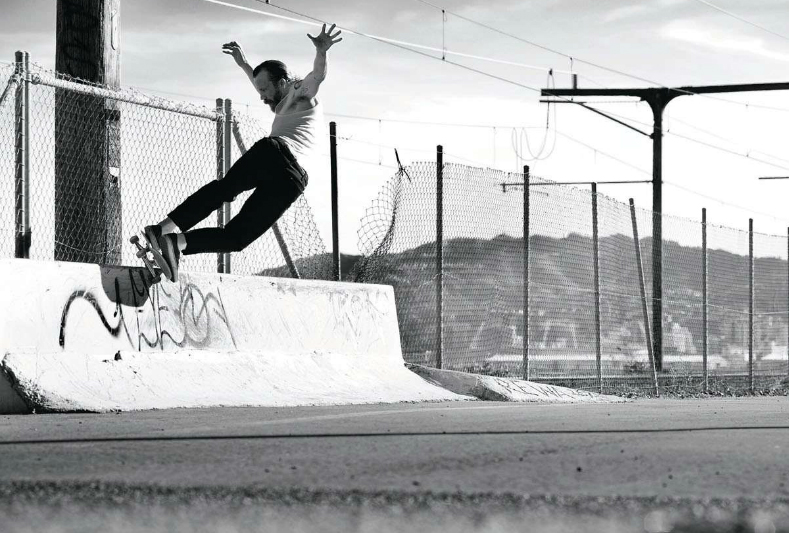 48 Blocks: You are down with IRAK. Do you go out and bomb?

Dill: Fuckin’ hell yea, I love those guys! We all use to pal around, smoke dust, get drunk. I was never too serious about graff, but it was cool being down with such a nutty crew. We are still all pretty close. Some of the crew has kids now. It ain’t like it used to be cause New York ain’t what it used to be. I’d write DiLL. ZER, glace, sace, EARSNOT, SKREW, semen, fanta, I love those guys. R.I.P. JoEY SEMZ*

48 Blocks: Let’s talk about Music – what are you listening to right now, and give me your top three 90’s hip hop artists. 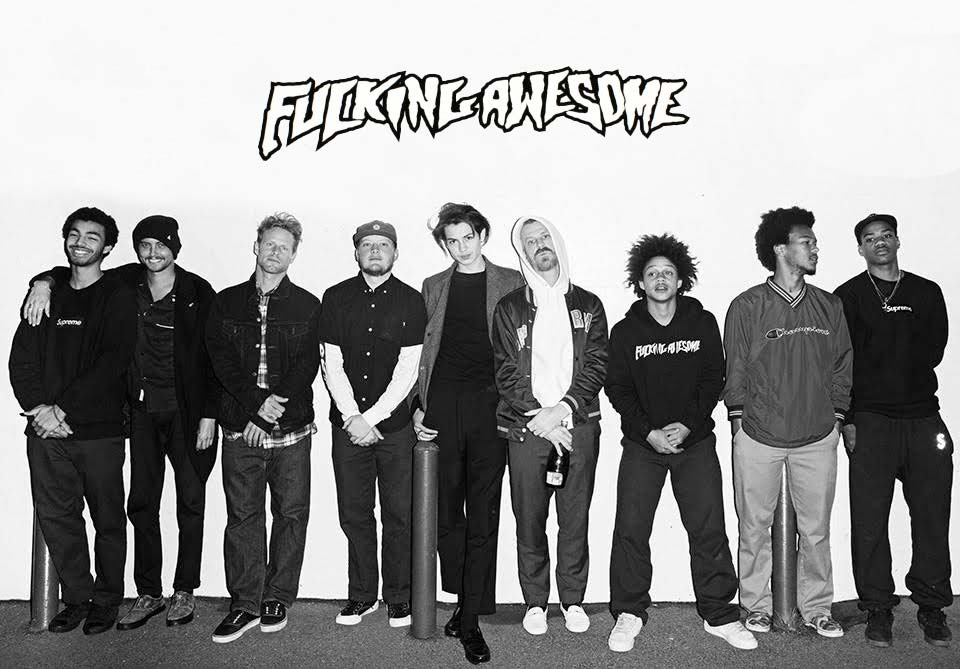 48 Blocks: Do you see yourself ever leaving New York and living somewhere else?

Dill: I see myself leaving America. 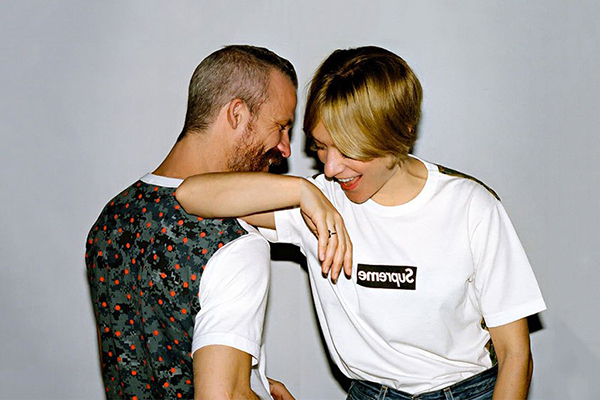 48 Blocks: Being that you’ve been in the limelight for so long, do you have a favorite era in skateboarding?

48 Blocks: Twenty years from now, how do you think skateboarding will remember Jason Dill?