Jamie Thomas came to San Francisco at the height of the Embarcadero craze. He slept on the streets, got vibed at the spot, and even banned from the mags. Against all odds, Jamie endured to not only become one of the most respected pros in the industry, but also one of the most successful businessmen as well. The following interview focuses on that moment in time when Jamie came to SF, it’s one of the gnarlier stories in skateboarding.

48 Blocks: What year was it when you first came to San Francisco?
Jamie: August, 1992.
48 Blocks: Was that your first time traveling to California?
Jamie: Yeah, it was my first time leaving the Southeast United States.
48 Blocks: Being that you’re from Alabama, what was the hardest part about adjusting to life in SF?
Jamie: Everything, I was psyched cause everything was new, but at the same time everything was so foreign. The heads at Embarco didn’t make it any easier, no love for t-dogs. 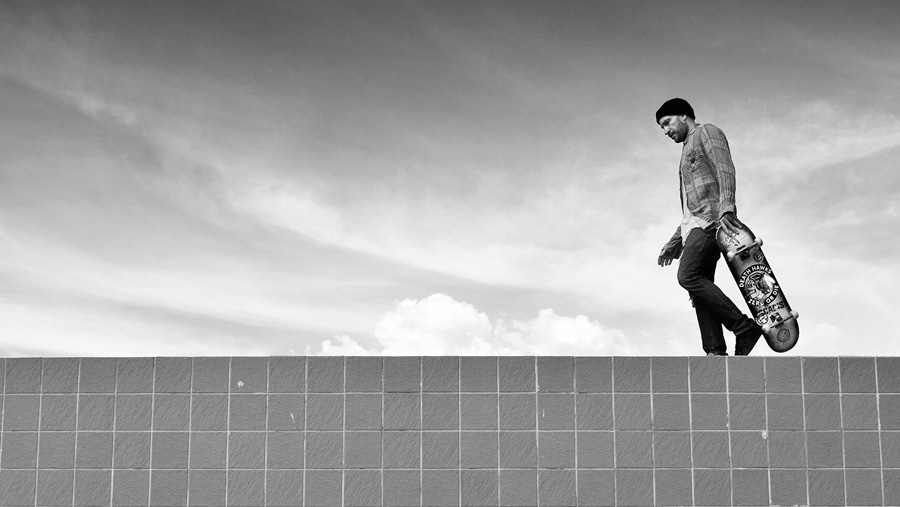 48 Blocks: If I remember correctly you rode for Real around that time, how did you hook up with them?
Jamie: I worked at a shop in Alabama for a bit, I did all of the buying and Tommy Guerrero’s brother Tony was our rep. I talked to him on the phone all the time. I sent a video in and he started flowing me stuff here and there, I was never actually on, just a flow deal.
48 Blocks: Who were you skating with back then?
Jamie: Well, I came out with 2 friends, Sean Young and Hurley, so I skated with them. I’d skate with Jim and Tommy sometimes. I also skated with Brian Young and some of his friends from Michigan.
48 Blocks: What spots did you like to skate in SF besides Embarcadero?
Jamie: We’d skate all through the city and hit all the downtown spots like Brown Marble and Black Rock. We also skated Wallenberg a lot and we’d head out through the avenues to Fort Miley.
48 Blocks: Who’s skating were you most impressed with when you came to San Francisco?
Jamie: There’d always be someone ripping. One day it’d be Lavar, then the World dudes would come up and Jeron would be killing it. Watching Mike Carroll and Henry was sick. But it seemed like a tough time for skateboarding, everyone seemed so mad all the time. Everyday there’d be boards getting thrown and focused. So it was a little depressing to see the best dudes cracking.
48 Blocks: What was it like being an outsider coming to Embarcadero for the first time? Can you give any insight into the legendary vibe that was a big part of that scene? 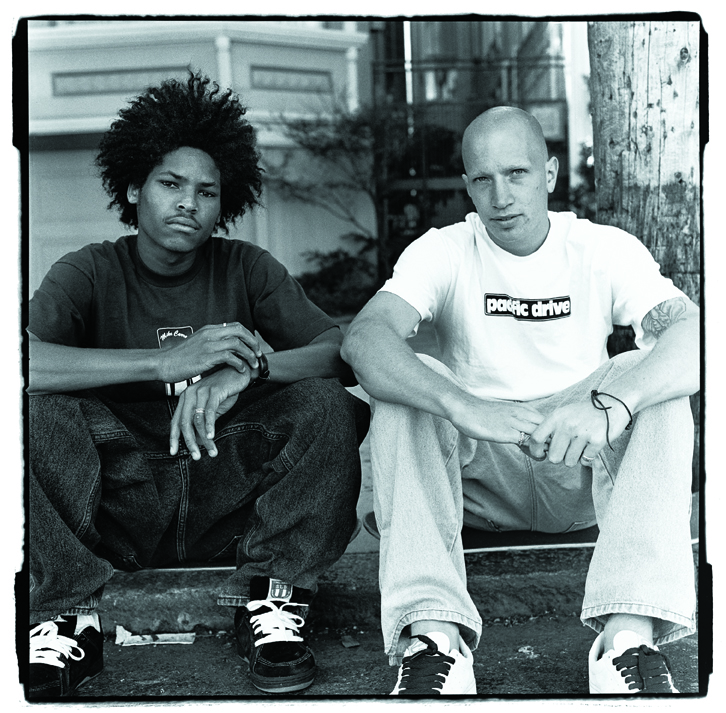 Jamie: Yeah, that vibe sucked, one of the harshest scenes to outsiders ever. I’m not trying to cry about it, cause it helped make me who I am. I just remember thinking, “Dude this isn’t skateboarding. This is my high school and those dudes are just like the jocks that picked on me.”
48 Blocks: I’ve heard stories that you used to sleep at Embarcadero and Satva told me a story about you stealing food from pigeons back in the day. What was it like trying to survive under those conditions? Did you ever feel like staying out here wasn’t worth it?
Jamie: Hell yeah, we got real sick a month or so after we got there. I got a gnarly staph infection and strep throat. I almost went back, but as I started to get better. I started to regain hope. Sleeping outside was cool though. It was like camping until late fall rolled around and it got cold. Just about that time we got off the streets. Regarding that pigeon story, I remember being real hungry and I looked over and saw these pigeons fighting over half a piece of pizza. I thought, man, I need that more than they do. So I ran over and chased them off and ate it. I remember it tasting extra good—maybe cause I punked out the pigeons. (laughs)
48 Blocks: Talk about ollieing the Gonz barefoot. Everyone was tripping on that photo when it came out. What prompted you to try that?
Jamie: I don’t know. I just thought I could do it. I ollied the seven in socks, then took em off and tried it. I landed on the first one and fell off. Then kicked the second one out and that sucked. Then I made the third one. It felt cool cause no one was there. It was real early in the morning cause EMB was a bust at the time. 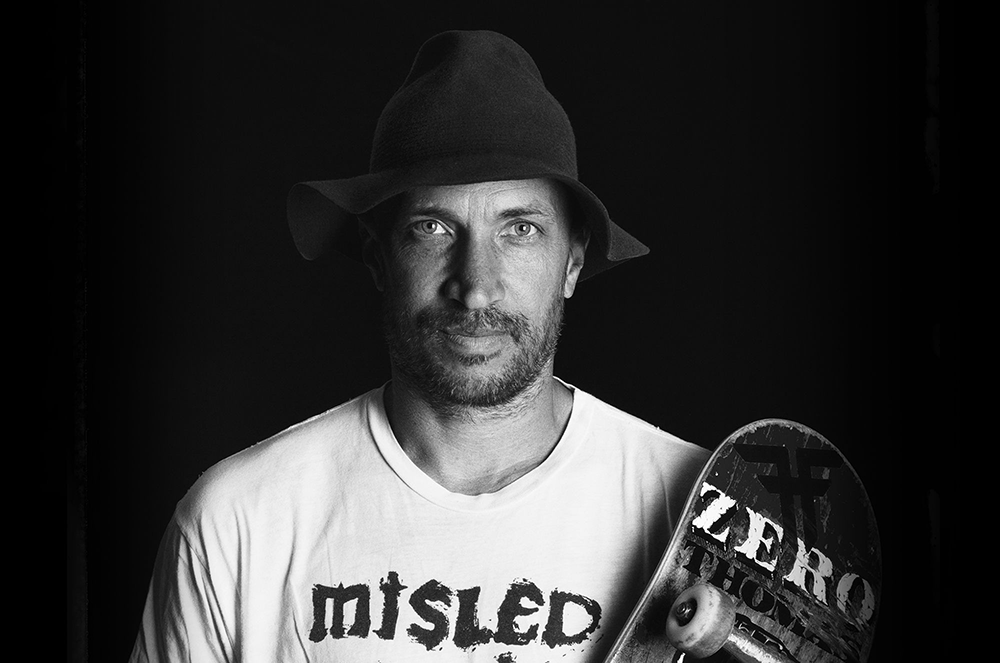 48 Blocks: At one point you were banned from Thrasher. Why did that happen and when did they finally lift the ban?
Jamie: I got played by this girl who was playing somebody that mattered. I should have known better and just avoided it. But I was a young dumb-ass kid. Anyway, dude was a major part of Deluxe and when he found out about me and some other heads that were mixed up in this deal—even though it was long since over—I got kicked off Indy and Spitfire. I was told by the dude that I’d never have another photo in Thrasher ever again. At first, I felt kind of like a victim. But I brought it upon myself even if it was a jacked consequence. At any rate, I got over it and used it as motivation. I went on several tours with Thrasher photographers when we were filming for Welcome to Hell and everyone would get photos in the articles except me. I got one two inch by two inch photo printed over the course of about three years. Burnett was the one that got me back in the mag. He was living in SD and working for Thrasher. He said he wanted to work on an interview. I told him, “Why bother? There’s no way they’d go for it.” But we shot a bunch of photos and the next thing I knew I was on the cover and had a whole interview. It was weird. I guess he talked Phelps or whoever into lifting the ban.
48 Blocks: How did you end up switching to Experience skateboards? A lot of people talk about having some negative experiences dealing with Roger that ran that company. Can you comment on that?
Jamie: Thiebaud was straight up with me and told me that I didn’t really have a future with Real. So I tried to figure out where to focus my energy. I met Roger the salesman at EMB one day and he told me he wanted to start a company and he wanted me to be the first pro. I knew I wasn’t ready. But I felt a bit desperate so I just went with it. Roger was real shady. He’d screw you in a second and not think twice. He was like a ghetto Rocco. I got along with him okay for a while. But eventually I realized just how sketchy he was. So I bounced. 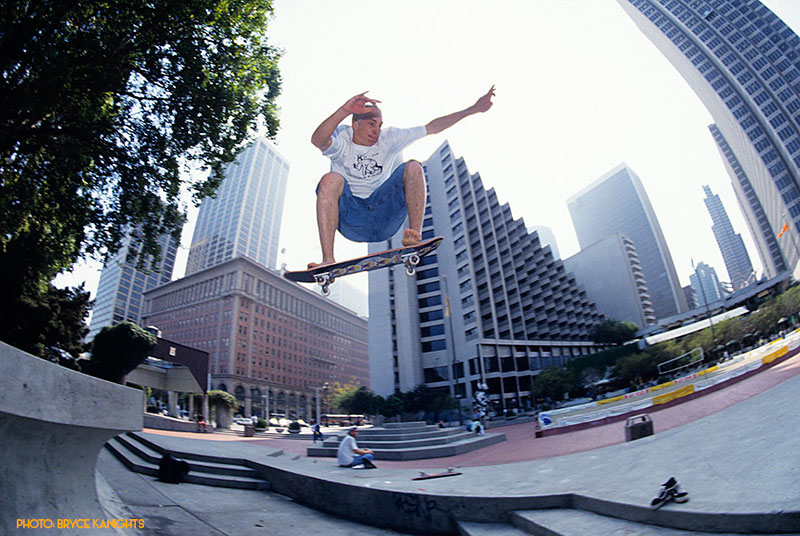 48 Blocks: Talk about Drake Jones. How did you guys meet and become friends? How has it been working with him at Black Box?
Jamie: Drake was one of the only dudes that was semi-cool to me from the Embarco scene. We’d skate together sometimes and eventually became friends. A couple of times when we were on the streets, he let Sean and I take showers at his house. We had fun skating together. He actually just quit the TM job and is moving back to Atlanta then to NY. He’s going to see about a girl. Me and Drake will always be friends.
48 Blocks: Eventually you decided to relocate to San Diego where you still live today. What made you decide to leave SF? 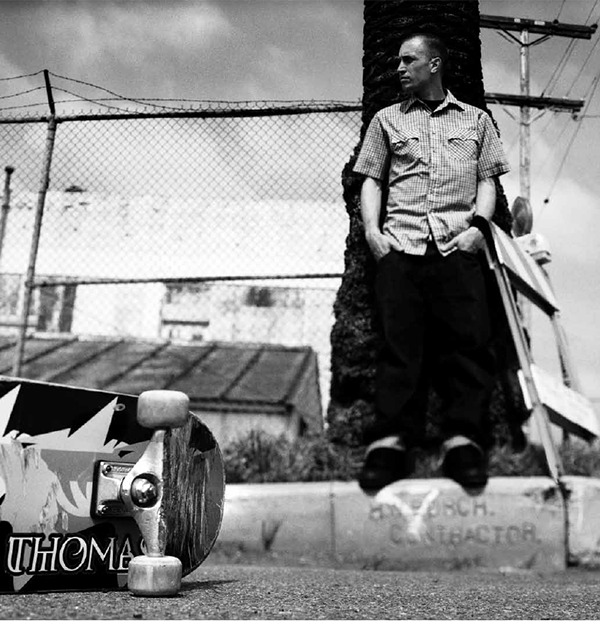 Jamie: I had lived in the city for a while and enjoyed it. But I wanted a change and my new sponsor (Invisible) was in SD. So I packed up and made the move. I love visiting the city though. I get real nostalgic there—it was the start of my new life.
48 Blocks: Is there any memory about your time in SF that stands out more than others?
Jamie: The first month we were there had the most impact. I think about it all the time. I also think about how tough it was at times—even when we got off the streets. We were broke as hell living in the TL. Sometimes we drank hot water when we couldn’t afford soup.
48 Blocks: You’ve gone from living on the streets to having a successful pro career and running one of the most recognized companies in skateboarding. Did you have any idea back in those early SF days that skateboarding would take you as far as it has?
Jamie: (laughter) Hell no, man I feel like one of the luckiest dudes alive. Like I won the lottery. I thank the Lord every day for what I’ve been blessed with. I feel a good degree of responsibility to help others and to give kids who are trying to come up a chance. So that’s what I try to do.