Jamal Smith was just goofing around making videos at his local skatepark and putting them on YouTube. They went viral. And Jamal starts to get noticed. Fast forward a couple of years and he’s got a few sponsors, and is on his first trip to California. If that doesn’t prove that anything can happen, I don’t know what does. Aside from the jokes and YouTube videos, Jamal’s got serious skills, a good work ethic, and more than enough personality to make it. I have a feeling that we’ll be seeing a lot more from him in the future.

48 Blocks: We usually start these with a little bit of history, talk about Ithaca, New York, and how you got started in this whole skateboard thing.

Jamal: I first started skating when I was maybe eleven. My mom got me this dope-ass Golderg WCW board from Walmart. I used to be hella into wrestling and monster trucks. If it wasn’t for that board, I probably wouldn’t have even been into that shit. I moved to Ithaca when I was like fifteen, and got heavy into that park because that was all there is to skate. I was just chillin’ with my two other homies that went to the high school I went to and skated. We were just getting high and making dumb-ass videos and putting them on YouTube. Somehow people saw that shit. I don’t know how, but somehow that got me out here. So I’m happy as shit that we did that.

48 Blocks: You were on Crailtap. They posted your YouTube video and even filmed Koston doing your trick. How did it feel getting that recognition from a clip you posted on the internet?

Jamal: We made that video on some random shit after smoking some resin out of my homies’s bowl. I had been doing this trick, and didn’t have a name for it. My homie was like, “Yo, we should do a trick tip. We can put it on Youtube or whatever!” I was like all right, I’ll call it the Tornado Spin. We were just spittin’ gibberish. I remember I was checking my Myspace, and my homie sent me a link like, “Yo, you’re on Crailtap!” I was in my Special Education class in high school in my junior year. I was bugging out! I was like, “Fuck this, I’m dropping out of school yo! I’m about to try to go do this skateboard shit for real. I got two thousand views on YouTube nigga!” Then, Koston did that shit, and I was at my boys house. He was like, “Man, you’re about to blow up. You want a weed sponsor?” And he started giving me free weed. So I was like damn, that’s what’s up!

48 Blocks: How did it all progress from there?

Jamal: I made those videos during my junior year of high school. In my senior year, I dropped out when I turned eighteen and moved straight to Philly with one of my homies. I’ve just been on the steady program, just trying to skate. Unfortunately, I gotta pay rent and utilities. So I work a nine-to-five Monday through Friday. That’s kind of holding me back on my skateboarding. But since I came out here (San Francisco), I just want to get on the full program. All I want to do is ride my skateboard. Working at a sneaker store and dealing with hipsters and shit is not what I’m trying to do. 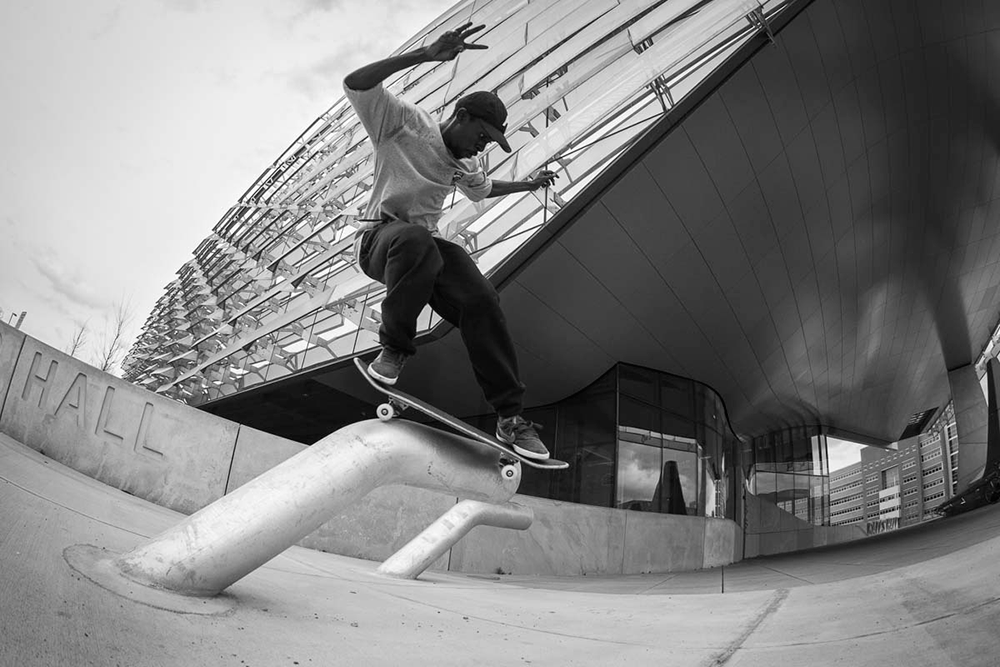 48 Blocks: Right now you’re out here on tour with 10 Deep. Talk about how you got on, and how that’s been so far?

Jamal: That is actually funny. I didn’t even know German. I was at the shop that I ride for in Philly, Nocturnal, and he was just chillin’. I guess he had talked to my roommate about me. I didn’t even know. He was like, “Yo, you wanna go skate flat?” I was like, “Aight,”and went and skated flat a little bit. Then he was like, “Yo, I dig your style. I’m the TM for this company 10 Deep. And I want to put you on. You down to do that?” I was like, “Fuck yeah!” He was like, “This weekend come out to New York, we’re filming a promo.” I was like, “Damn, already? You just saw me do a heelflip, and now you’re putting me on like that!” Since then, he’s just been blessing me with mad clothes, just hooking it up lovely. He got me out to Cali, so I’m hyped as shit on that dude.

48 Blocks: Who are your other sponsors?

Jamal: Right now I’m getting boards from Manik out of Seattle on some flow tip. I’m getting shoes from Converse. They’ve been blessing it real lovely. Converse is definitely on the come up real hard. 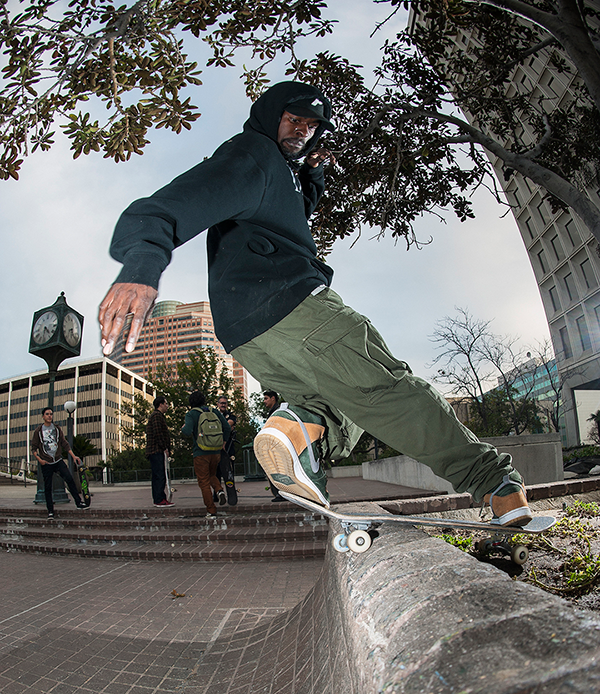 48 Blocks: Being that this is your first trip to California, what was your first impression of the Golden State? How was the LA portion of the trip?

Jamal: Pussy, weed, and BMWs, period. That’s all I saw out there. Every chick was a banger. All the trees I smoked were way better than those Philly sticks and seeds. I was just hyped. Palm trees, I don’t even know what the fuck that is! It’s just crazy out there. The weather is beautiful.

48 Blocks: Your’e into music, what are people listening to right now in Philly?

Jamal: Baltimore club music, some crazy shit! Everybody’s bumping Kanye, and the same shit everyone’s bangin’ out here. But you got the heads that are still just bangin’ Beanie Sigal, Peedi Crakk, and all those old ass Roc heads.

48 Blocks: I’ve heard some rumors that Love Park is back right now, and heads have been skating there on the regs.

Jamal: I don’t wanna blow it up. But yeah, if you’re coming out and you’re legit, go there! The real heads will show you real love, and we’ll take you to other spots too. But you still gotta run from the cops. Don’t think shit is sweet. They’ll still ticket the shit out of you. They normally just catch little kids. So you’ll most likely be good. 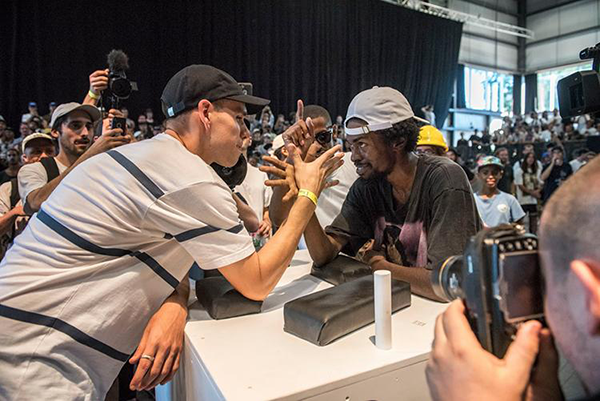 48 Blocks: We’re still pretty early in the year. What else do you have planned for ’09?

Jamal: Skate, I just want to put myself out there more. I kind of been on the DL for the past year or so. I just want to legitify myself from being a YouTube kid, and making heads laugh, to actually having tricks that make people think twice.

48 Blocks: What’s up with YouTube? Are you gonna drop anything else?

Jamal: You’ll have to wait and see. I might drop another trick tip. I might make a video that teaches niggas how to be a hipster, and ride a fixed gear. I don’t know. I’m just trying to have fun with it.