People are still going to be talking about Guy Mariano twenty or thirty years from now. They’ll reminisce on how much style he had as a little kid. How ahead of its time his Mouse part was. And how he pulled off one of the most amazing comebacks skateboarding has ever seen. What will be interesting is the stuff that they will be talking about beyond that. The story doesn’t end with Fully Flared. That’s only the beginning of the next chapter. From the top to the bottom and back, Guy’s full tale has yet to unfold.

48 Blocks: One of the things that stood out most when I first saw you in Ban This and later Video Days was that you had so much balance and control for a little kid. I also remember reading that you were into soccer when you were little. When did you start skating, what other stuff were you into as a kid, and how did those things effect your skating?

Guy: I started skating when I was about seven. I played soccer and baseball. I rode bikes. My mom even signed me up for gymnastics one summer. I think my mom, at first, was like, “Let’s try to get him doing more mainstream sports if he’s so athletic.” Even though I enjoyed doing all of those things, I didn’t feel the love that I felt for skating. Although, I know they all helped my agility and coordination. 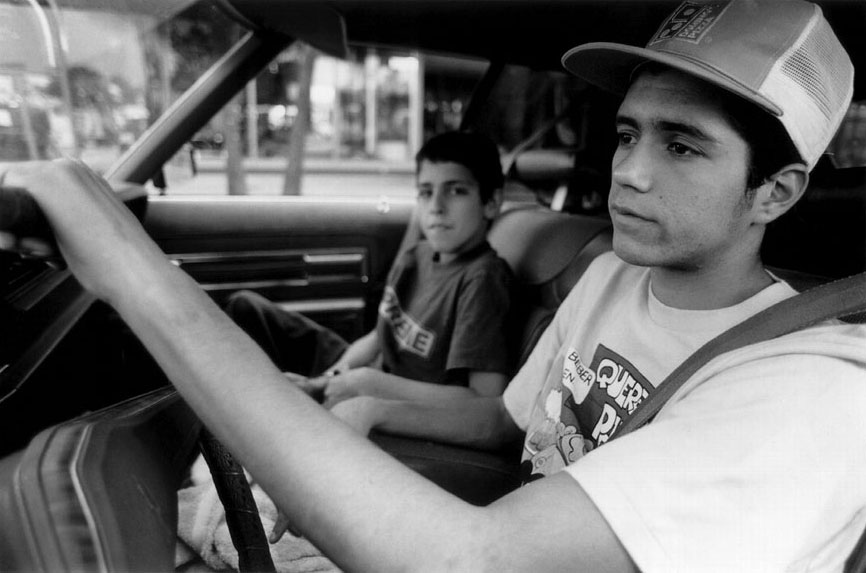 48 Blocks: Back then, you were the little guy rolling with Rudy (Johnson), Gabriel (Rodriguez), and Paulo (Diaz). How did you hook up with them, and what was it like being the youngest member of that crew?

Guy: I met Gabe at an am contest. Back then, it was separated by age groups. Gabe would get first place in his group, and I would get first in mine most of the time. That’s the only time I would see Gabriel. I was from the Valley and he was from Mid City – Normandy and Pico. One day after a contest, I approached him and got his number. From there, he introduced me to Rudy and Paulo. Those guys were the best skaters in LA, and had a huge effect on me and my skating. I was just trying to keep up with them. They turned me on to downtown LA skating and the LA schoolyards. I don’t know if I ever told them this, but I was super intimidated by them.

48 Blocks: What is the story behind you guys leaving Powell and going to Blind? 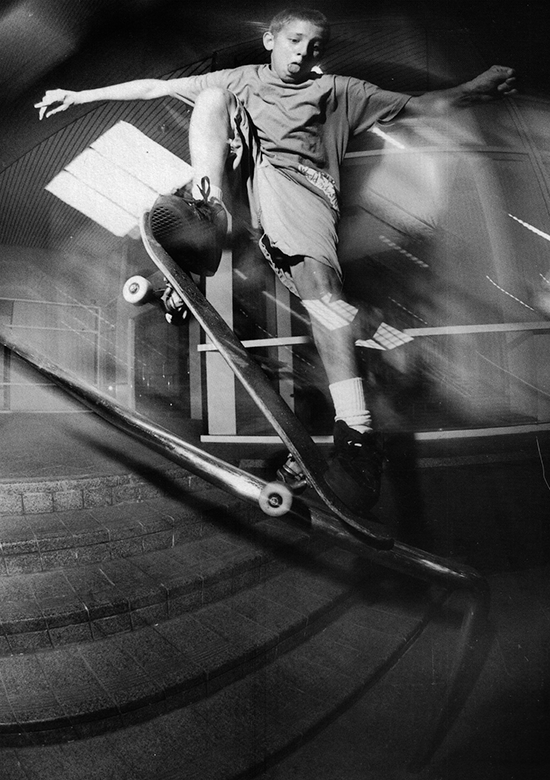 Guy: Rudy and I met Gonz and were skating together a lot. We stayed at his house off and on one summer. We really got along and looked up to him. Cut to Stacy (Peralta) leaving Powell. It just wasn’t the same team we originally were a part of. Powell thought we were brainwashed by Rocco. But in all actuality, we were simply inspired by Gonz.

48 Blocks: Video Days has a super organic feel to it, and the skating still stands up to this day. Can you describe what it was like filming for that?

Guy: There wasn’t an official filmer for Blind. The team often filmed each other. We were kids learning new tricks and not preoccupied with what other people were going to think. Now, there’s been so many videos and video parts, to produce something original is a challenge. Coming up with tricks, finding new spots, traveling around the world to skate a ledge. It’s tough. It seems like you’re only as good as your last video part.

48 Blocks: You were a part of the early scene at Big Brother magazine. How old were you back then, and what was it like being around all of that stuff at such a young age?

Guy: I was so young. I was about fifteen. I didn’t realize how crazy Big Brother was. Now that I look back on it, I can’t believe they got away with all that. Articles on how to kill yourself, strip shows at the offices after hours, you couldn’t run a magazine like that nowadays.

48 Blocks: You left with everyone to start Girl skateboards. What was going on at that time, and  what were your personal reasons for leaving World?

Guy: It was the same situation that happened at Powell. Gonz was what attracted us to Blind, and after he left we were just kids on a team with no leader until Rick stepped up to start Girl. I had that same feeling when I left Powell to go to Blind.

48 Blocks: You only had a couple tricks in Goldfish and Paco, then the full part in Mouse. Were you skating more during the Mouse era? How long that take you to film?

Guy: During Goldfish, I was going to house parties—trying to get a fake ID to go out to bars—that stuff sidetracked me. When I saw Gabriel and some of the Menace guys filming for their video and getting motivated, it got me psyched to do the same. I don’t remember how many years I filmed for Mouse. But I do know that I had a buzzed head in the early footage, and hair in a ponytail at the end. 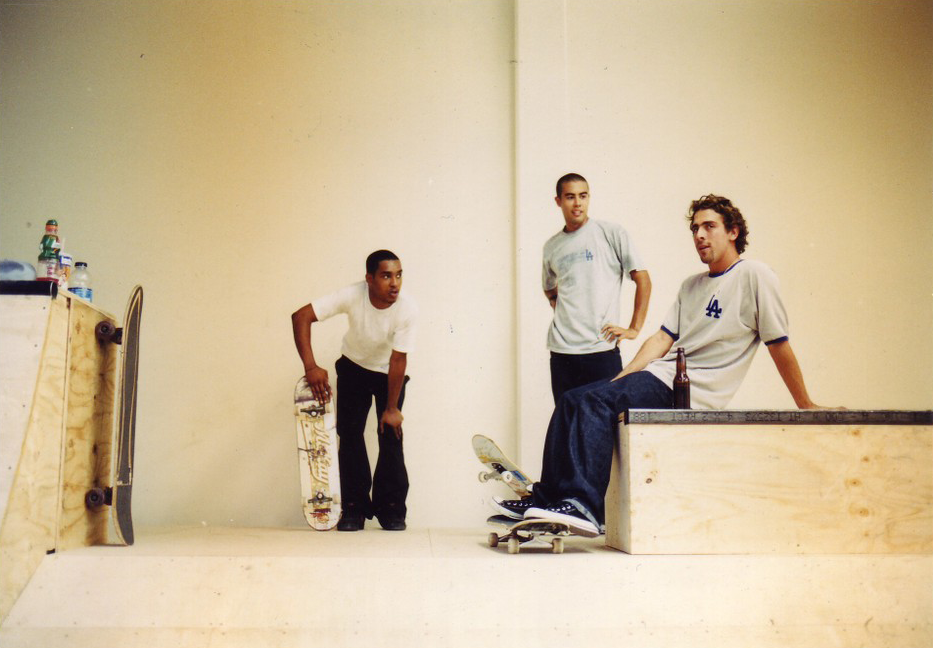 48 Blocks: Back in the mid / late ’90s, you were hanging with the Menace team a lot. Can you talk a little bit about that Lockwood era?

Guy: That was one of the best times of my life. Lockwood was like our EMB. In the summer, we would be at that school everyday. There were a lot of blunts, and a lot of good times. We were all living day-to-day, carefree, having fun. At night, we would go out and party and meet up at the school the next morning. It was like Cheers “where everyone knows your name, and they’re always glad you came.”

48 Blocks: You started Fourstar with Koston and Royal trucks with Rudy. Can you talk a little bit about what made you decide to start these companies?

Guy: We wanted to start these companies because we had the tools and resources to develop them under Girl. We figured that we can run these brands with the same love and passion as Girl. Koston and I were very hands-on when Fourstar launched, bringing in clothes that inspired us, styles, fits, whatever. As the business grew, we brought in Jason Callaway as our brand manager to take us to the next level.  Everybody on the team is involved with every piece that has a Fourstar label. Koston and I remain partners in the company. As for Royal, things were tough. I think the first samples and runs of the trucks were a little off. Rick and Rudy were really working hard to make things right. At that time, my intentions with Royal were just to make money. I wanted to receive without putting in the effort. Things don’t work that way. Now I just ride for the trucks because they’re good.

48 Blocks: You took a hiatus from skateboarding for a few years. It’s already been touched on in other interviews. I am curious as to when exactly you stopped skateboarding and when you picked it up again?

Guy: About a year after Mouse, I departed skateboarding due to my excessive partying lifestyle. To make a long story short, there were a couple of phone calls between my girlfriend, Megan Baltimore, and Jason Callaway, and I went and got help on October 9, 2004. About five months later, I picked up my board again. Rick, Mike, and Megan gave me a second chance when probably nobody else would have, not even myself. Them believing in me gave me the courage and drive to re-enter the mad world of skateboarding. That’s what it means when you hear someone talk about the Girl family love.

48 Blocks: What was the hardest part about coming back to skateboarding after your absence?

Guy: The hardest part was facing people with my board in my hand. Last year was when I started to feel really comfortable on my skateboard again. It was tough trying to get in the flow while in the process of putting a video part together. But it was a blessing in disguise because it was like a crash course in getting back on track.

48 Blocks: There were a lot of expectations for your part in Fully Flared, did you feel pressure?

Guy: I feel that I gave myself the most pressure for sure. But the video had a lot of expectations on its own. It was tough on all of us. I would be doing my thing one day, and the next day I’d be an emotional mess. Pretty much like anything else in life that you’re passionate about.

48 Blocks: It seemed like your comeback was during the middle of the filming of the video. How long did it take you to film that part? 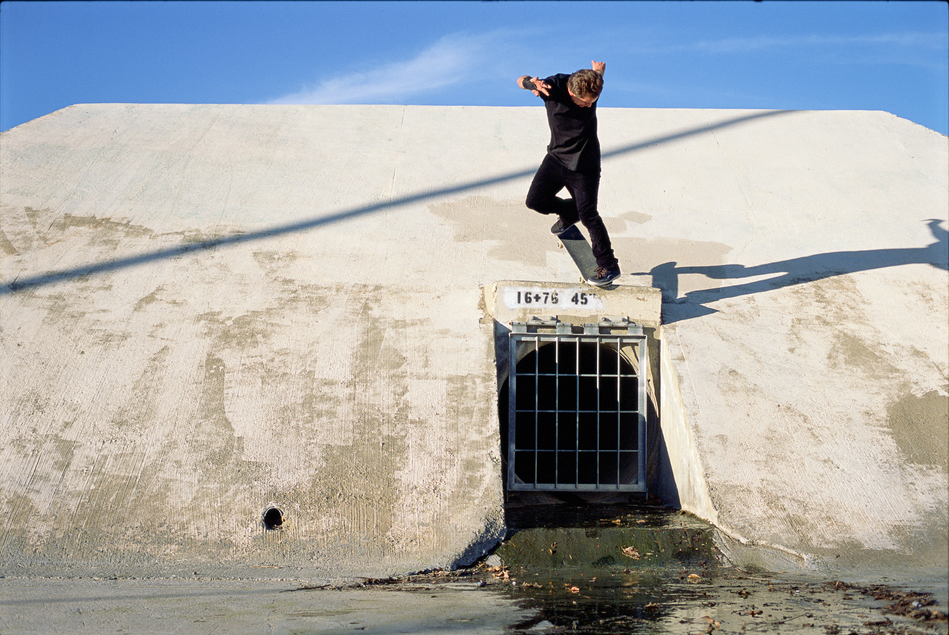 48 Blocks: Since Video Days, you seem to only put out a full part every six or seven years or so. Are you going to disappear again or are you going to continue to grace us with your presence?

Guy: I’ve been filming like the Lakai video never ended. Ty Evans started filming for the Chocolate video right after Fully Flared dropped, and I’ve been in the van with the Chocolate guys. I hope to have a full part in it. They’re planning on putting the video out fast.

48 Blocks: Being that you’ve done so much on your board, how hard is it for you to stay creative and come up with new things?

48 Blocks: Is there any footage of you from the ’90s that never got released?

Guy: There has to be. I thought it would be in the World documentary. I was a bit let down. Not just because of footage of myself, but to see footage of all of us from back in the day. 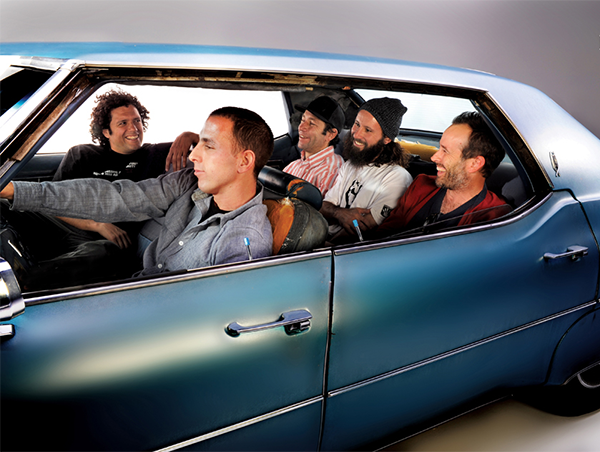 48 Blocks: What’s a normal day like for Guy Mariano?

Guy: Wake up. Get my Starbuck’s. Make breakfast at home. Go to Ty Evan’s house, jump in the team van, skate, have lunch, skate more, go back to Ty’s, get my car, drive home, shower, go out to dinner with my lady, come home, watch some TV, fall asleep. If I’m not skating, I’m getting a Thai massage or doing some yoga with my lady. I keep it very simple nowadays.

48 Blocks: If you could pick one skater that’s no longer skating to make a comeback, who would it be?

Guy: I’d want a Henry Sanchez comeback, and I would like Gino Iannucci  to move back to LA so I can skate with him everyday.

48 Blocks: Any words of wisdom that you can give to our readers to wrap this up?

Guy: Stand for something, or fall for anything.