Danny Montoya has always been amazing to watch. He’s super tech with a proper style. And, most importantly, has good taste when it comes to trick and spot selection. It’s cool to see pros like him infiltrating the industry and putting out stuff that’s a reflection of their aesthetic. That is, and always will be, a big pat of what makes skateboarding unique.

Keir: Danny, how did it all begin?

Danny: I was born in Bellflower, CA. Life before skating came into play was good. Family, food, culture, and friends, that’s how I was raised.

Keir: How did skateboarding come into your life?

Danny: From my older brother Gonzalo, he took me under his wing. Whatever he would do I would roll out with him. He would skate with some homies in the neighborhood and I would just roll too.

Keir: What was your first set up?

Danny: A Variflex from Toys “R” Us.

Keir: Beyond your driveway, what was your first local spot?

Danny: Back then it was this place called Super Convenience or “Super” or “Convenience.” It wasn’t too famous, but you might of seen some Ron Chatman or Jason Rothmeyer footy there a long time ago. It was this abandoned parking lot with mannys and curbs. We were there all night sometimes.

Keir: Sounds exactly like the typical spots from those days in skating.

Danny: Yeah, then as the years progressed we would skate this school called Ramona which had a stage that you could skate as a manny or skate the lower curb or upper deck. We would be there all the time for a couple of years then we noticed some pros coming through and it became a kind of famous spot. We would see a lot of the World Industries and Blind team there filming and would be like “what, how did they know about this?” It was cool.

Keir: Who were the original homies you skated with in those days?

Danny: My brother, my homie Graham, Steff Attardo, Jimbo, and through them I met Rob G.

Keir: Any funny stories from your early days with Rob G? 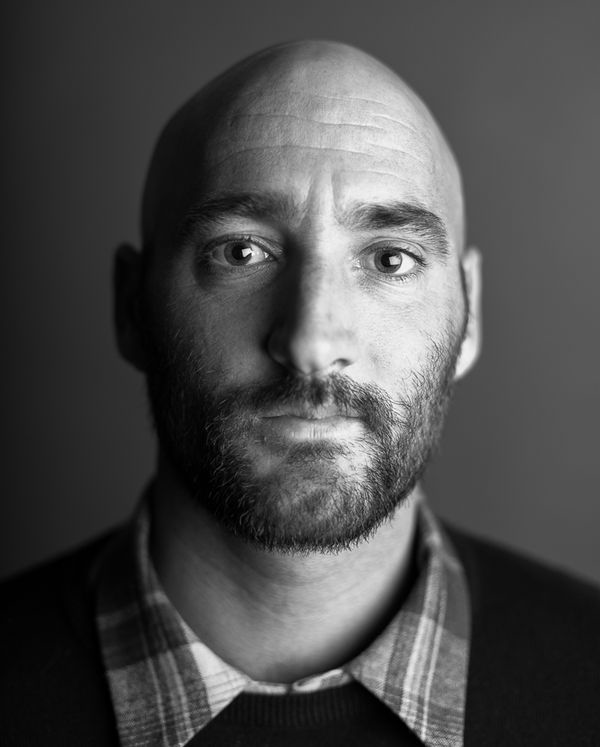 Danny: I met G through Long Beach and skateboarding. There was this crew called 508. It was a little skate crew back in the day that would mission out everywhere skating and what not. One day we were all skating this spot call Great Western, it was a little gap at this bank in LB and I see the whole 508 crew kind of whispering amongst themselves and looking at me. Sooner than later I see them all yelling at me like “yo get em, get em!” So I start running around the whole parking lot trying to dodge all of them. They finally caught me and jumped me into their crew. It was more a joke than anything but it was part of their tradition. We were all homies so we were laughing the whole time. I was getting tossed around, the whole crew dog-piling on top of me. It was fun. So shout to the OG 508 Crew. Ya’ll know who you are!

Keir: Do you have strong memories of being inspired from those early days, like certain photos or videos that you really geeked out on?

Danny: Most definitely! I remember when Henry Sanchez did the B/S noseblunt at EMB to fakie from the middle, I was so hyped on that. Then, Love Child was one of my favorite videos because of the crew feel and the music. It’s a classic! We would watch that then be all psyched to go skate.

Keir: So who was your first sponsor?

Danny: The Planet Earth / Rhythm Skateboards combo. We started getting stuff from Earth then Felix put me on Rhythm when he started it.

Keir: How did you meet Felix?

Danny: From skating that school Ramona all the time, I got to meet more friends. And through Lib Laraman, I met Felix. Lib skated for Planet Earth at the time and we would always skate together. I met those dudes from there.

Keir: What was Rhythm all about? 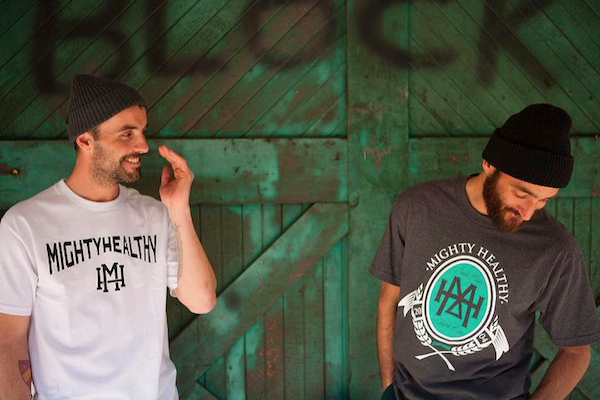 Danny: Rhythm was about flavor—from the team to the gear, everything. It was Felix’s concept along with Jose Gomez’s art direction. Rhythm was Felix, Chany, Richard, Jeff Taylor, Ryan Bartsma, Ty Evans, and myself. Some of the best memories went down in this era. Going out skating everyday, laughing, filming for our first video. As years moved on some people on the team were approached by other companies and got offers to start their own companies and what not. As the crew split up, new members and family were added, like Forrest Kirby and Brian Edwards. From there we kept it moving but things changed in the building and the focus was more on Adio Shoes and not so much on hard goods. It was a sad moment to see Rhythm go down, but everything in this world happens for a reason. We all then combined forces in Planet Earth.

Keir: I also remember seeing a lot of Duffs ads with you. What was Duffs all about back then?

Danny: Duffs at the time was cool. Free KCKs in black and blue suede. They were butter. Then it changed a little bit and the shoes got bulky and what not. Then opportunity knocked with the family at Adio.

Keir: When was this?

Keir: So in between the time Planet Earth went to just clothing what were you up to having no proper board sponsor?

Danny: In those two years I never took a break from skating. I was just traveling a bunch, skating, doing my own thing with friends. We went to Europe a couple of times and it was dope because I had never really been there moving around from place to place with close homies. 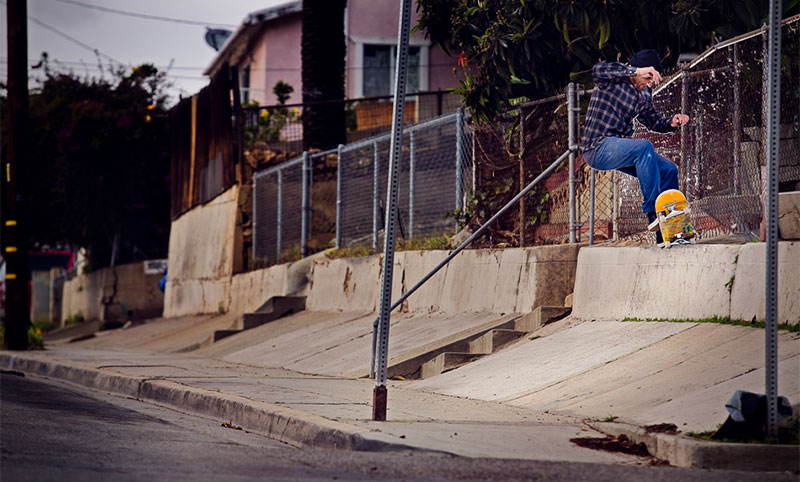 Keir: Who did you almost skate for during that time?

Danny: Sam Smyth and Rick Howard would hook me up with Chocolate boards to skate. It was all homies over there and I was psyched to skate something that I was into. There were offers from other companies at the time, but I never felt it was the right choice in my heart and wouldn’t have been proud to skate for any of those brands.

Keir: That’s understandable. I remember seeing some Stussy ads where you were standing with a turn table or a record. It seemed media-wise that you became very interested in music at a certain point. Can you talk about that?

Danny: I guess you can say that. I think it is natural that as you get older you get to really appreciate the quality of music and where it comes from. For me, music is everything. It starts my day and gets me through all moods, somber or hype. Can you imagine if there was no music in this world? I would go crazy!

Keir: Definitely, that leads me to how Listen happened. Can you break down the genesis of the company?

Danny: Timing is how Listen came about. The right people at the right time. My partner in Listen, Shimrit Swartzon, came up with the name. When G and I heard that, it only made sense! The team began with Rob G, Rodrigo Petersen, Brian Brown and I. 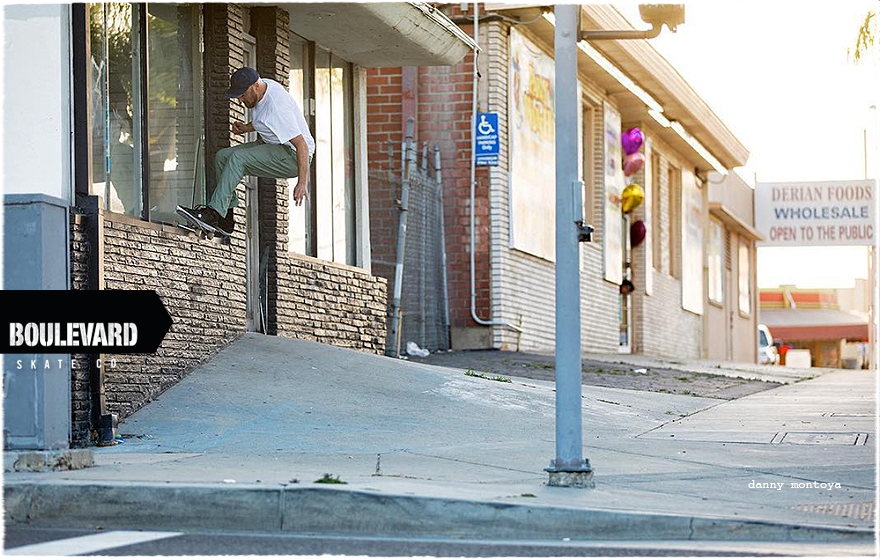 Keir: The new Listen video has a real variety of spots. You talked about doing Europe. What have been the best trips you’ve ever taken on behalf of skateboarding?

Danny: I would have to say in 2005 going to Colombia with the Proper Crew. In 2006, Reda’s Italy trip, and this year going to Lima, Peru and Machupiccu. When you’re away in a different country with all your friends and the only thing to do is skate, laugh, eat food, and experience culture. There’s no room for a bad time.

Keir: You’re one of those dudes where if you have a part coming out, it’s assumed that it will dope. Just like what Rob said in his new Transworld interview, “Danny’s an ender type of dude.” What was it like this time around for your new Listen part?

Danny: For some reason, I was more concerned with other people’s parts, I wanted the editing and music to all flow together in every part. I wanted to show how we are—tight and with a family feel. The intention was to give that feel of skateboarding that I once got from older videos growing up. And to pass that to the newer generation. It is what it is. It’s what we are about and what we do. As far as making my part, I just try and do the same as always and keep things new in my eyes and do things that I want to do that feel good.

Keir: That’s dope, can you actually break down your whole video part resume since many kids reading this probably aren’t aware of your early history. Plus, it will give people things to look up on Youtube when they’re supposed to be at school or working. (laughs) 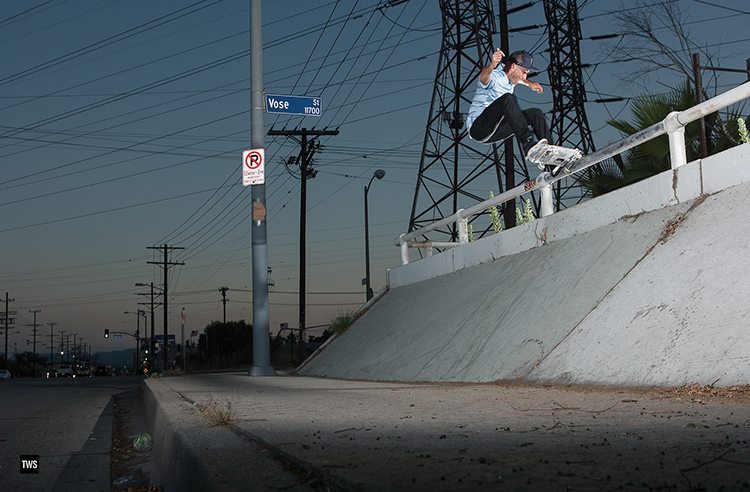 Danny: My first part ever was in Hiatus in 1995, the Planet Earth /Rhythm video, then my Wheels of Fortune in 411vm Issue #16, followed by Genesis the Rhythm video, Rookie Pro part in 411VM Vol. 31, also a part in the Best Of 411VM where Rob G and I shared a part. After that A New Horizon – A Mark Nizbet video, The Reason – TWS vid, One Step Beyond – the Adio video in 2005, Newer 411 VM stuff and finally the Viajeros Locos Listen video.

Keir: So these days whats fun to you about skating?

Danny: Leaving the house with no phone or car and skating the city with my friends. And of course landing a trick I’ve never done before. Rolling away is the best feeling.

Keir: Who is Vern Laird?

Keir: Vern is rad. What are your goals going forward?

Danny: LTD Collective (our distribution company) growing as steadily as it has. A new Adio Video and shoe is in the works. More traveling with good friends—and hopefully sell or buy a couple homes to make some supplemental income.