Always hilarious and sometimes controversial, Clyde Singleton took some time to sit down with us a couple of hours before the SF premier of his new video project Minority Report—the first, and only, video to feature all minority skaters. We talked about the making of the video, the state of the industry, his beef with Shiloh Greathouse, and what’s up next for the Clyza. As always, Clyde kept it raw and unfiltered.

48 Blocks: How did the Minority Report video come about, what inspired you to make it?
Clyde: Uhhhh….skateboarding. (laughs) No, I just came up with the concept because there were always these kids that were really good that are minorities in the skateboard industry per-say…. and most of the kids that I wanted to work with just happened to be minorities. So it’s just a play on words. It started off as a video with just five kids and then everyone else got involved, so the whole idea basically (was me) just wanting to hook up a bunch of kids that were almost too cool to hook up and put on a flow team and shit.
48 Blocks: You sorta answered the next question, but did you have specific people in mind before you started the video or was it an open casting call?
Clyde: I mean there was a couple guys I had in mind, I had Kellen James in mind obviously and I had Sean Owens and Anthony Williams, them are my first three go-to guys. I was thinking about Aquil (Brathewright) but I don’t really wanna comment on that.
48 Blocks: Some people out there feel that this concept for a video is controversial. What would you say to those people? 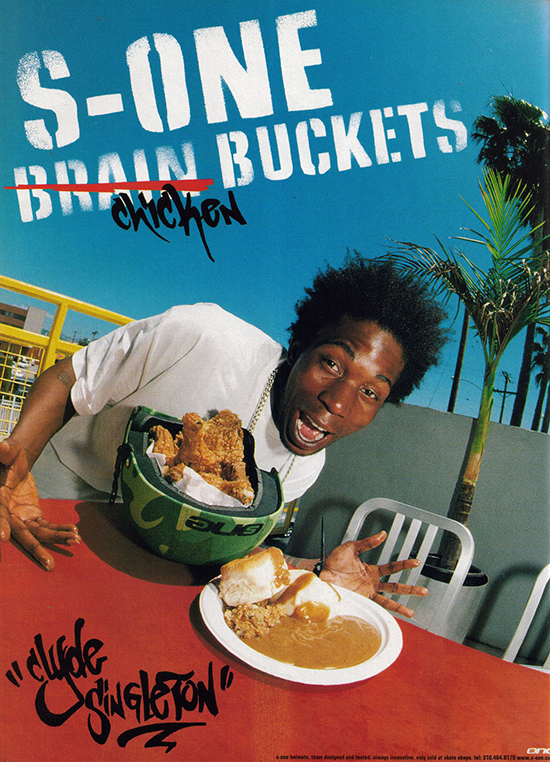 Clyde: Ummmn, it’s just a skateboard video and if watching a skateboard video with a bunch of colored people, if that makes you feel funny then I don’t know what to say. It’s just a skateboard video and it happens to be a video with a bunch of people of color. I think people have a misinterpretation of minority, they just instantly think it’s just black people, you know what I mean… and that’s not the concept of the video. That’s not what it is, and trust me if it was…. I would have no problem saying that it’s an all black skateboard video. It’s not that bad people… it’ll be okay. (laughs)
48 Blocks: So, how’d you go about making the video. Did you do all the editing yourself?
Clyde: I put the entire project together myself. I did everything except for film and I can tell you like this: I started with absolutely positively nothing except for a computer. I’ve never read a book on Final Cut, I got a couple hints here and there. So everything was like, I don’t know, everything fell into place to be honest. It’s really weird how it happened, I can’t really explain it. I somehow made a skateboard video. The only thing I knew about my computer was Itunes and Myspace. (laughs)
48 Blocks: Is there anyone that you wanted to be in the video that wasn’t able to be in it?
Clyde: Harold Hunter, but he’s in it… the video is dedicated to him, he’s in the beginning. I kinda wanted that kid Nyjah Huston to be in it until I started dealing with his dad. And seriously, most people’s parents should possibly… if your parents are involved in your skateboard career, they should probably be at home being parents and doing parent stuff. If my kid skates, I’m probably gonna be doing dad stuff with other dads.
48 Blocks: What was the hardest part about putting the video together?
Clyde: Patience and time and I never had a constant. I never had a constant place to stay, I basically just did this off scratch… I haven’t had a steady job or nothing for like the last year.
48 Blocks: What else have you been up to other than working on the video in the last year or two?
Clyde: Wow, a lot man. I had a really eventful year and this is a great way to bang it off. I had a great year dude. I did a bunch of things. I did a couple movies, some TV shows, did a bunch of writing, skating, I had a job at a skate shop…. I did it all this year. I packed a lot in, the only thing I didn’t do was have an albino cornbread-head kid. (laughs) 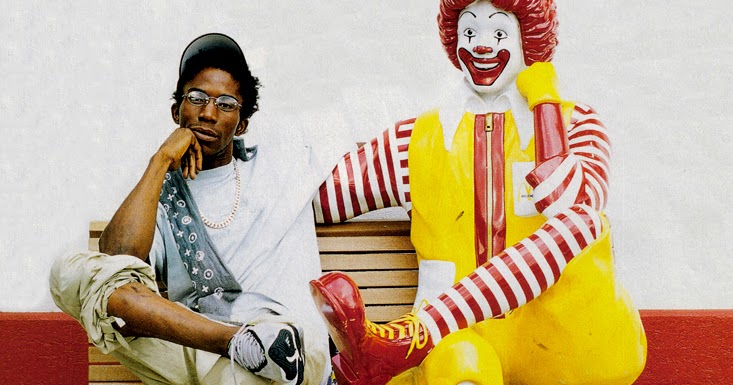 48 Blocks: So, what’s up with a board sponsor? Are you over professional skating or is there gonna be another Clyde Singleton board out on any company?
Clyde: I don’t know. The offers are there. I kinda just wanted to concentrate on one thing. I didn’t wanna be a pro skater and try to be… I mean it’s too hard doing two things at once. I just wasn’t into pro skating for awhile. If the opportunity is there and I think it’s good, yeah… possibly. But I think I wanna keep doing this… and I have a plan to do something with ams. I kinda wanna take myself off the roster and be on the business side of skating.
48 Blocks: That’s what’s up. What’s your favorite era in skating and why? You’ve been in the game for a minute…
Clyde: Ummmnnn, 92 to 97 I guess… you know, skating was fun. There’s no really explaining it. Skating was getting very innovative. People were traveling a lot, it wasn’t so spread out, it wasn’t so branded, it wasn’t on TV, it wasn’t so gay… and Pharrell didn’t skate. Actually Pharrell did skate, but he quit. I don’t think he made it past the jump ramp stage like a lot of guys didn’t.
48 Blocks: Point taken, what’s your take on the current state of the skate industry? 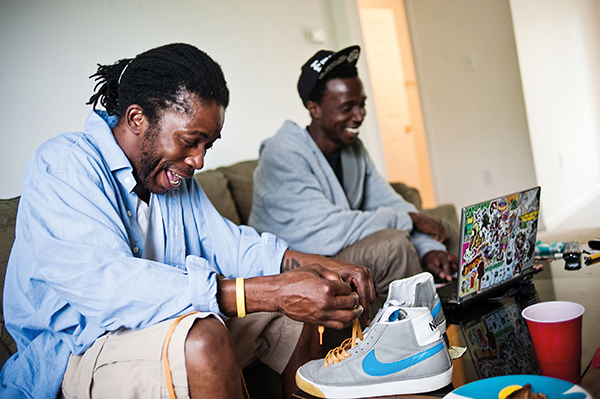 Clyde: I mean the skate industry is really dope considering that there was a skateboard team on 106 and Park the other day. (laughs) That’s really dope, that does a lot of things for skating. Young black kids doing the chicken noodle soup and you take a skateboard team on the show. Skateboarding’s lost. It’s loosing daily. I think it has a lot to do with the magazines and the media. It’s just the way it’s portrayed. They can control how evertyhing is and how everything’s seen. I don’t think they do it right. The same things they say they’re against is the same shit they put out. To me there’s no difference between Coles and Ice Cream. And Ice Cream, God bless Terry and all those dudes, I love them dudes but there’s no difference in the money, it’s not skate money. You can’t really differentiate. That’s where skating is at… people are so, they’re lost. They just wanna make money.
48 Blocks: There are a lot of Clyde haters out there, what do you want to say to them?
Clyde: That’s good, that means I must be doing something right. I wanna say thank you for doing your job, keep hating.
48 Blocks: Anything else you wanna say to wrap this up?
Clyde: Uhhhhh, I don’t know. Thank you to everybody and hello to my parents and my girlfriend, Jo, and my roommate and 48 Blocks and everybody out there that hates me. Thank you for hating me. Thank you for continuing to say my name, damn, thank you! Cause if you didn’t like me, I wouldn’t be here.