Brandon Biebel’s ability on his skateboard is undeniable. His personality off of it makes him one of skateboarding’s most beloved pros. At the end of the day, he’s a unique skateboarder with an interesting story. We caught up with him recently to learn more about this legend in the making from Sacramento.

Biebel: I was born right outside of Chicago in Arlington Heights. When I was like two years old, we moved to Colorado Springs for a year. Then, my family and I moved to Sacramento. I’ve been here ever since. I love it! I started skating when I was twelve. A couple of my friends got skateboards, and then I got one. I haven’t put it down since then.

48 Blocks: Who did you skate with during your early years and what were the local spots?

Biebel: Just friends of mine that I went to school with. We would take the bus to downtown Sac, and skate all the spots around town. There used to be a really cool skate park called the Grind. I would always be up there skating with all the locals. Overall, I was pretty much just skating nonstop, whatever whenever. 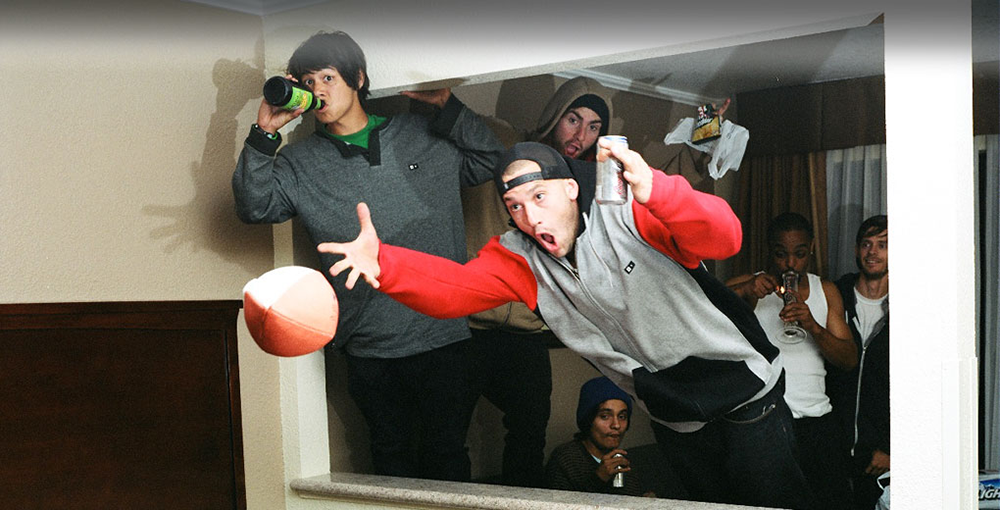 48 Blocks: When did you first start coming to San Francisco?

Biebel: When I first started, EMB was still going off. SF had so many amazing spots with a really big scene. I would go out there and skate. It was the most amazing thing ever just being so young, skating all the spots in the videos, and running into pro skaters. The first pro I ever saw was Drake Jones. He was one of my all time favs. He was so cool and said what up. He was just nice. Me and my friends were like thirteen or fourteen, and were just trippin’! One day, me and my buddies pulled up to Pier 7 and Carroll was there. We just parked the car across the street and watched him. I remember it like it was yesterday.

48 Blocks: Was Expedition your first sponsor?

Biebel: Actually, ATM Click was my first real sponsor. I was like fifteen getting free boards. Having packages show up at the door was crazy! ATM was located in Southern California, so I would go stay down there from time to time. I ended up meeting Chany, Lambert, Alphonzo Rawls, and my favorite dude ever, aka my big brother, Richard Angelides. We skated and kicked it. Then, I ended up getting on Expedition. It worked out perfectly because at the time I was living with Stefan and some friends. But me and Stefan didn’t have our own rooms. So we lived on the floor. It was pretty trife. But when I got on Expedition they payed me. So I ended up getting my own room. I could afford to pay rent. I was pumped being like fifteen or sixteen, living with friends, no school, just skating and having a blast everyday.

48 Blocks: How did the switch to Girl go down?

Biebel: I met Mike and Rick while filming for Modus Operandi. We skated together a few times with Ty Evans. I knew Ty from being down south a little bit here and there. Ty got in touch with me to go skate with them. So pretty much I owe Ty everything, because without him I would never be where I’m at today. Anyway, I was skating with some straight up legends and it was always super fun. At the premier of Modus, Carroll asked me to ride for Lakai. I said, “FUCK YEAH!” A few months later, he asked me to ride for Girl. And once again I said, “FUCK YEAH!”

48 Blocks: What was it like going on tour with everyone for the first time? 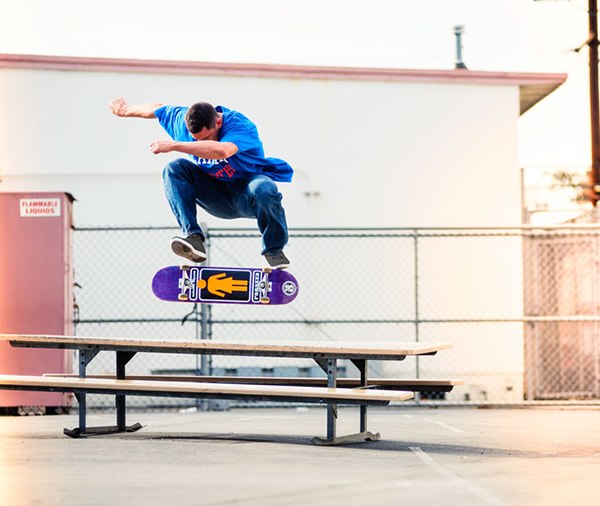 Biebel: Man, I can’t even put that into words. It was just pure crazy! I watched Questionable, Virtual Reality, and Goldfish about a million times. Then, years later, I’m on the other side of the world with that crew. I’m just psyched that it hasn’t changed. I’m still a fan.

48 Blocks: Are you always filming or do you take breaks?

Biebel: Yeah, pretty much it doesn’t stop. I just skate everyday, have fun, and try to get footage and photos. I’m always trying to progress and be more comfortable. But mainly, I just make sure that I’m having fun skating.

48 Blocks: You’ve put down many a banger on the manual pad at Pier 7. What’s your favorite trick that you’ve done on that and what are some of the things that have been done there that stand out to you?

Biebel: I don’t have a favorite trick that I’ve done there. I’ve had a lot of really fun times at that place, and seen a lot of amazing skating go down there. It sucks that you can’t really skate there that much because it’s always a great time just being on the water in one of the most amazing cities in the world. Skating tight shit with a sick vibe, I’m all about it. That’s why I’d go there. I would drive an hour and a half to the Pier, skate for a couple hours, and just drive back to Sac like three or four times a week! I think Henry Sanchez and Marcus McBride have done the most incredible stuff there. They both straight killed that spot. Both of those guys are the kings of the Pier in my opinion

Biebel: It’s awesome! The weather is great right now. A normal day is wake up early, do stuff around the house, then go skate all day until it gets dark. Then, go home and turn on a ball game, have some cold ones, and kick it with the lady or hangout with friends. Generally, it’s that same routine. 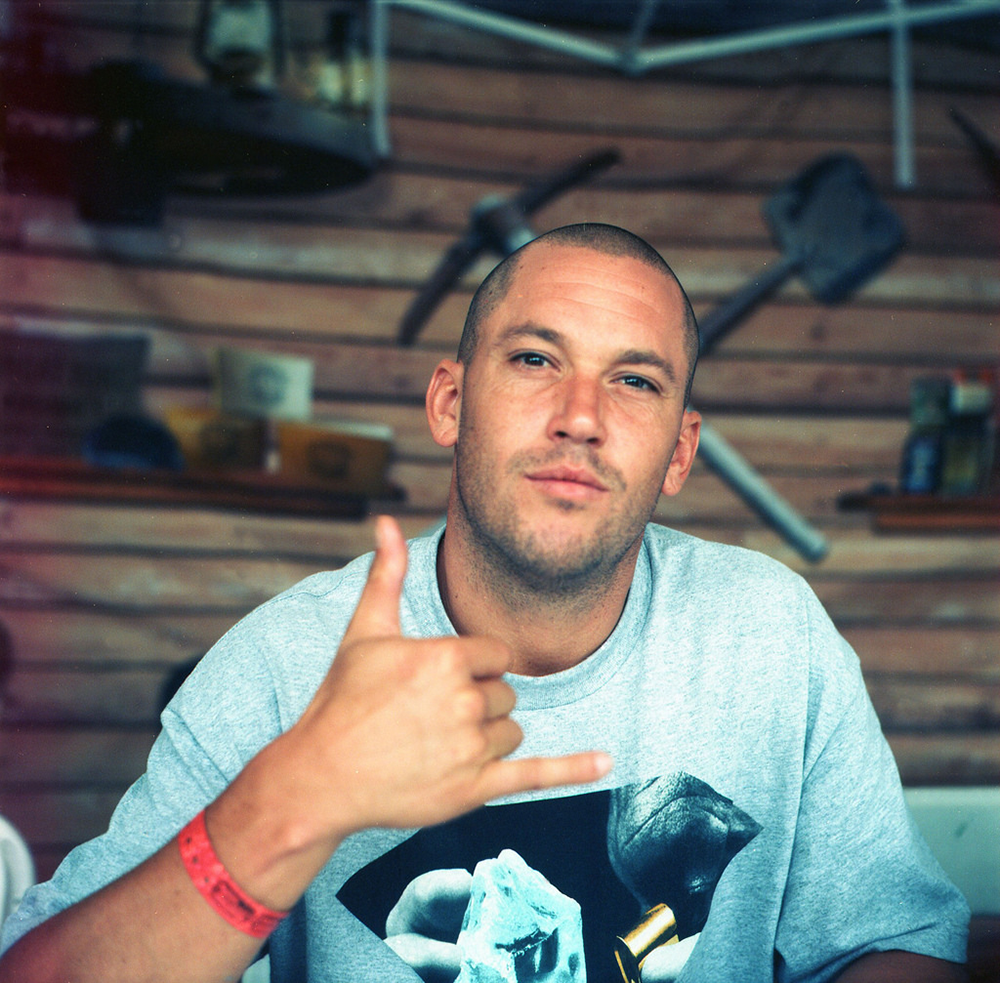 48 Blocks: How often do you travel?

Biebel: I’d say like six months out of the year I’m on some kind of trip. I enjoy it a lot. But I’m real comfortable in Sac. There’s so many spots, and I don’t really get sick of it. But anytime I get an opportunity to travel, I never turn it down. It’s like a once-in-a-lifetime experience.

48 Blocks: What do you do for fun when you’re not skating?

48 Blocks: If you didn’t skate what do you think you’d be doing right now?

Biebel: That’s a scary question. I don’t even wanna think about that! Who knows?

48 Blocks: What’s next now that the Lakai part is done?

Biebel: I wanna have some stuff in the Chocolate video that’s coming out. So I’ve been filming for that. That’s pretty much my main focus right now.