Alex Klein has done a lot within skateboarding and is now tackling the world outside of it. He’s been on semi-hiatus in order to pursue filmmaking full-time, and recently traveled to the Middle East to direct a documentary. If Alex applies the same creativity to his other pursuits that he has to his skateboarding, we’ll most likely be hearing about his films in the future. In the meantime, check out the following interview.

48 Blocks: You recently directed God Went Surfing With The Devil. How did that documentary come about?

Alex: I’d been working on film stuff for a while when I got an email from my friend Arthur in Tel Aviv. He told me that he’d raised 23 surfboards, and was trying to bring them into Gaza—which was under siege at the time. It was such a bizarre idea that I decided to make a documentary about it. 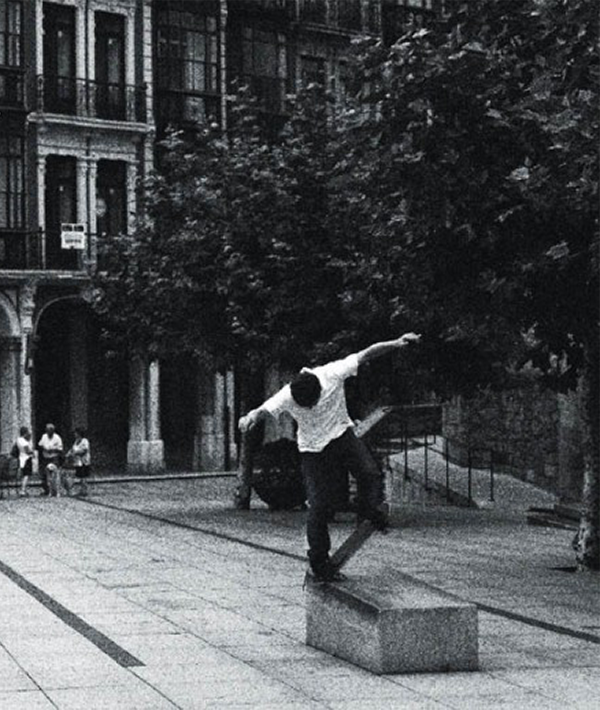 Alex: Gaza is somewhat dangerous. There’s constant fighting between the Palestinian militants and the Israeli army. And also, there is a lot of infighting between the various clans inside Gaza. Getting in requires a military visa, which we somehow managed to obtain. Actually crossing into Gaza consists of passing through a border that gets attacked all the time by militants. Consequently, the Israelis have this huge no-man’s land. It looks like the moon: there’s absolutely nothing there except craters and mounds of dirt. Every building, or piece of road, or tree, or bush has been blown up by F-18s. The Israelis have snipers set up everywhere to prevent against suicide bombers. So you have to walk across this very long, very quiet stretch of land to actually get into Gaza. Once you’re in, it’s even more hectic. The country is run by Hamas, and they have gunmen all over the city. They all walk around with AK-47s. There’s sniper posts and martyr posters everywhere. And the only Westerners you see are UN aid workers wearing flak jackets up to their necks, carrying pistols, and driving around in fortified Land Cruisers. Meanwhile, I was there with my friend Chase, and we’re wearing nothing but t-shirts and jeans. No car and no guns. The only thing I brought in with me was a bottle of whiskey. I figured if I got shot, I could pour half of it on my wound and then quickly drink the other half. Before I went to Gaza, my Israeli contact gave me a number to call in case I got kidnapped. All the Israelis thought we were going to get kidnapped or killed.

48 Blocks: Did you do any skating over in the Middle East?

Alex: Yeah, everyone on the crew skated. We’d go to the Tel Aviv skatepark at night, after we were done shooting. The skating in Israel is really good. Good spots, and cool locals.

48 Blocks: What happened with City?

Alex: No conflict, I just didn’t want to be a sponsored skater anymore. Those guys are great though. No problems. 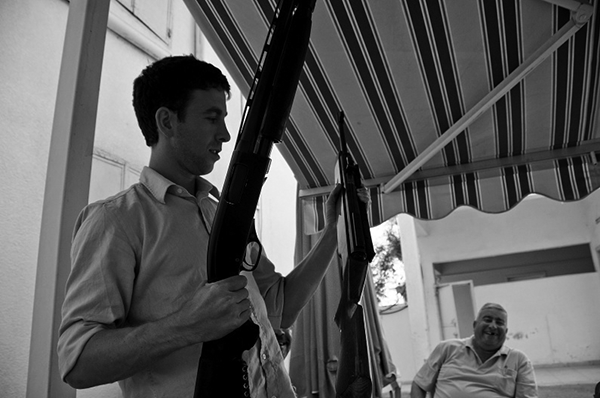 48 Blocks: Where are you living right now and how often are you skating?

Alex: I’m living in Los Angeles, and not really skating at all. It’s hard to explain why. I just felt like taking a bit of a break, pursuing other things.

48 Blocks: What other projects are you currently working on?

Alex: I shot this documentary about a music festival in Big Sur. We just finished editing that, going to send it off to festivals and such. I’ve been doing some commercial directing, writing scripts, just staying busy. Ideally, I’d like to keep working on films.

48 Blocks: Do you feel that you’re done with the public eye and skateboarding as far as filming, photos, and sponsorships?

Alex: Yeah, definitely. Someone showed me Chris Cole’s part in the Fallen video the other day. I’m not fit to lace that guy’s shoes, let alone film a video part.

48 Blocks: Did you vote in the election?

Alex: Yessir. That day was one of the happiest in my life. After they called it for Obama, I went out to hear Diplo play with a bunch of friends. I brought this life-sized Obama cut-out with me, and this thing seriously looked like him. People were freaking out, kissing him, getting their photos taken with him, cheering him. I took him out on the dance floor, and waved him around so it looked like he was dancing on top of the crowd. People were psyched. It’s so great to see our generation come together like that. 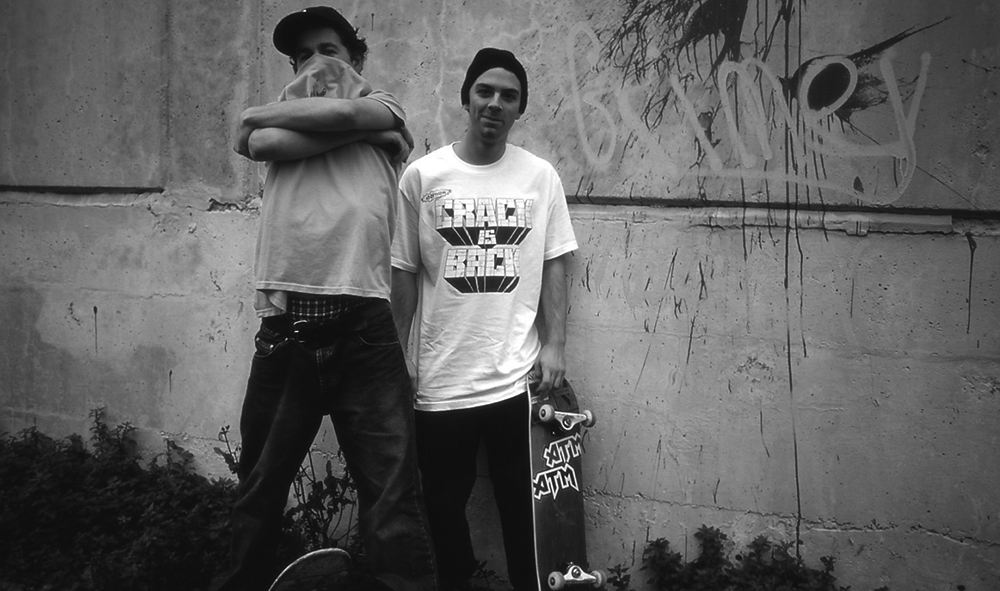 48 Blocks: Being that you’ve traveled abroad extensively in recent years, do you think regime change in America will affect the rest of the globe?

Alex: Definitely. Already, we went from being the most loathed nation in the world to the most admired. We leapfrogged everybody in the international popularity contest.

48 Blocks: You were flow on Krooked pretty early on, do you have a good Gonz story?

Alex: One time I drove down to LA with Gonz and Van Wastell for the weekend. Mark had no idea who I was. The first question he asked me was, “Are you the taper?” It took me a minute to realize he thought I was a filmer. Anyway, Mark only had one tape, Culture Club. So we listened to Boy George the entire drive down. It wouldn’t have been bad if we’d taken the 5. But Mark wanted to do all this stuff on the way, like visit his stepparents, eat lunch at a certain place, and go to this town in the middle of nowhere that sold this certain type of Mexican candy. So the drive took 12 hours. Then in LA, he was constantly doing typical Mark stuff. Like running and jumping over postboxes, and deciding to skate Rodeo Drive at midnight and playing chicken with traffic. I stayed with him at his Mom’s house where we had a taco eating contest, and he drank this mixture of Pepsi and non-alcoholic beer. Oh, and I saw him spontaneously lipslide this insane skatepark rail—the kind that doesn’t go down steps, but merely goes from a really high level down to flat—in almost pitch darkness. I thought for sure he was going to mangle his noogies, but somehow he landed it first try.

48 Blocks: Growing up in SF, you are exposed to a lot things in the City at an early age. Do you think that made you mature quicker? 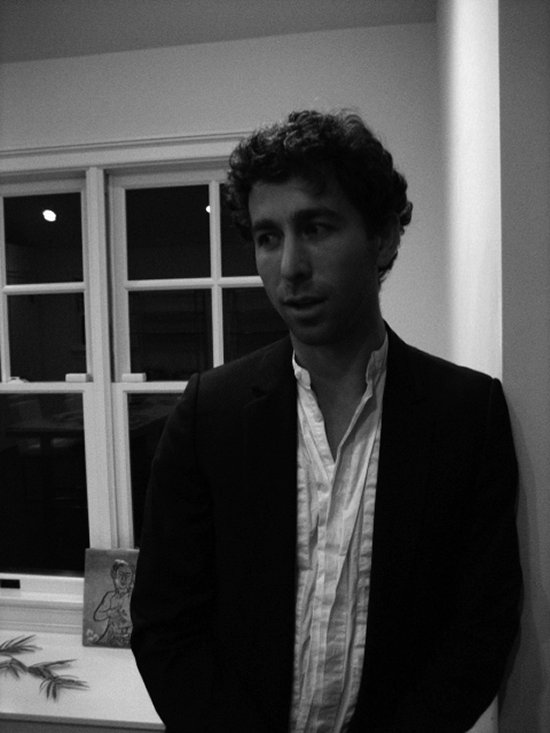 Alex: Yeah, I feel like SF was really rough in the early ‘90s. Everyone was always trying to rob everyone, and smash up Muni buses. In high school I got knives pulled on me, got arrested for stuff, saw kids get beat down at the bus stop at least once a week. I remember thinking it was normal until I started talking to other people who grew up in the suburbs and was like, “Wait, so you’ve never had a gun pointed at you?” At the time, it sort of sucked. I don’t know if it made me mature quicker, but it probably made me slightly savvier in some regards.

48 Blocks: What’s the next trip that you plan on taking?

Alex: I think I might go to Berlin this winter to shoot a project. I like that city. The winter might be a bit of a shocker, but I’m up for it. Don’t want to get too soft living in this LA sunshine.

48 Blocks: Where do you see yourself in the next five years?

Alex: Hopefully making films or just doing something creative. Maybe have a family. It seems a long way off.

48 Blocks: It seems like many skaters identify themselves with a certain period or era in skateboarding. What would you say yours is?

Alex: 1995-1998, for sure. That was when I was really getting into skating, and everything was new and exciting. I lived close to Pier 7, and it wasn’t this crazy travel destination yet. It was mainly just locals. Free association gives me: Union Square, Black KCKs with the gum sole, or maybe Accels, or maybe adidas from Harput’s, Raekwon’s first album, free refills from Carl’s Jr, the $1.25 burrito from the Mexican food place at Embarcadero, Menace t-shirts, Group Home, $15 used Chocolate boards from York or Shamil, 20 Shot Sequence and Trilogy and Mouse. That was a really great era for skateboarding. People really placed a premium on style.

48 Blocks: What, if any, impact do you think skateboarding has had on your other pursuits?

Alex: If you can learn to skate, you can learn to do anything. It breeds focus and determination like nothing else. It also builds communities, which is great not only for work, but for life. To this day, all my best friends were skaters at one time or another. I love that. We’re taking over the world.