Mike York needs no introduction. 48 Blocks caught up with him on New Years Eve at the Island in San Francisco to get the lowdown on the changes that have been going on with him this year in the sponsorship department and what he’s got planned for 2007. Talking to York is always a good time. He addresses some of the rumors flying around and more. So if you’re curious, keep reading.

48 Blocks: The infamous Yorkatron The Don up in the Bay.
York: Back again.
48 Blocks: We’ll just start this off with the question everyone wants to know, what happened with Chocolate and are there any hard feelings?
York: I have no hard feelings, those dudes did the world for me. I got to see all parts of Europe, I went to Prague, I got to skate with my favorite skaters, you know what I mean? I got to meet dudes that I never would have met. I still got a bunch of good friends from Girl and Chocolate. Regardless of the business and whatever, I’m cool with them. I don’t know how they feel, I haven’t heard nothin’ from them, but I got no hard feelings and I appreciate everything that they did for me, so thanks ya’ll.

48 Blocks: There’s tons of rumors flying around about Turf. What’s really going on with it?
York: First off, Turf Skateboards is a project that I’ve been wanting to do for hella long. Not necessarily that name, my man Rob came up with the name. I always wanted to do a company, but being with such an established company like Girl / Chocolate, being with those dudes it never really had me go there. When I saw the opportunity now, I took it like a blessing in disguise. The team right now is Jason Wussler, Jason Wakazawa, my man Larry Redmon, my man Vince, and I got another dude, hold up I didn’t forget about you, I’m just spacing right now…
48 Blocks: Is Kelch on there?
York: We got Kelch on, and for all you kids out there that’s worried about it… Kelch ain’t on like a Paul Rodriguez would get on. Kelch is on cause he’s a legend, an OG pro, and his name is still heavy in the game. Plus I’m putting older cats like that on a company so that other older pros can stay in the game. I see Tom Knox and Jason Jesse… all those dudes got boards again. It’s not like those dudes are hardflip frontside crooked grinding hubbas.
48 Blocks: So are you gonna keep it in LA, are you gonna move back to the Bay… what’s going on with that?
York: I’m definitely moving back to the Bay, the whole LA thing was just because of Girl and Chocolate being established there. I felt that they needed to see me skating because of my injury or whatever. That’s why I went there, but now I’m gonna move back to San Francisco… where I’m from, my home. When I’m in LA… people thought I was on drugs and shit because I always had a good ass time and stuff like that. Then all of a sudden they had a word for it… it’s called Hyphy, so I’m cool…. but before I was on drugs and shit even though I don’t do that shit.
48 Blocks: Any word on who’s distributing Turf, where it’s gonna be available, when it’s gonna be in the stores?
York: Right now… the talk is out there, everybody’s been talking about certain stuff. I haven’t locked a deal down yet, but let’s just say that there are recruits talking to us and if I play my ball game good in the college game, I may be going to the NBA… let’s just put it like that. 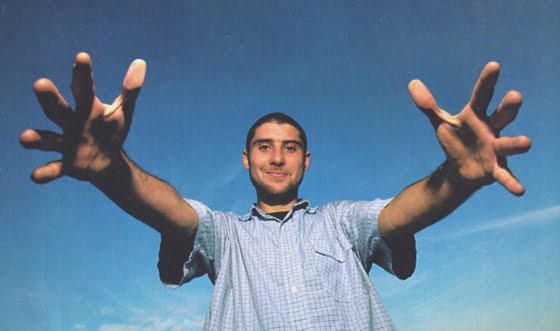 48 Blocks: How’s the knee doing?
York: My knee’s cool. I’ve sprained it maybe thirty times since the video. You’re never the same after surgery, but I never really jumped down shit or skated hubbas anyway. I deal with it, I figure every real skater has an injury and if you don’t have an injury then you’re sittin’ down a little too much.
48 Blocks: Are you sitting on any footage, do you have a secret York part that nobody has seen yet?
York: Yeah, no doubt… always! Even if I’m hurt, I’m going out skating and filming… doing my thing. I’m real into the little combo tricks right now, I’m real into just trying to do my own thing. Not necessarily make up tricks, but just do my own tricks and just progress as an older skater in the game… as a veteran in the game. A lot of people nowadays diss being old in the game… but that’s really hard, because I feel bad for the young pros because when they’re like twenty they’re gonna be old.

48 Blocks: There are a lot of Mike York haters out there, you read a lot of shit that… well I don’t even know where it comes from. Do you want to address any of that?
York: Thanks, because if ya’ll really wanted to hurt me, you wouldn’t say nothin’ about me. That’s something stupid that I shouldn’t even say to ya’ll but if you really don’t like someone, don’t even talk about them dog. People are talking about me… that’s fine. Dixie Chicks don’t make music for Mac Dre fans, put it like that.
48 Blocks: Any last words?
York: Shout outs to all my real friends, they know who they are and if you’re questioning it… probably not.